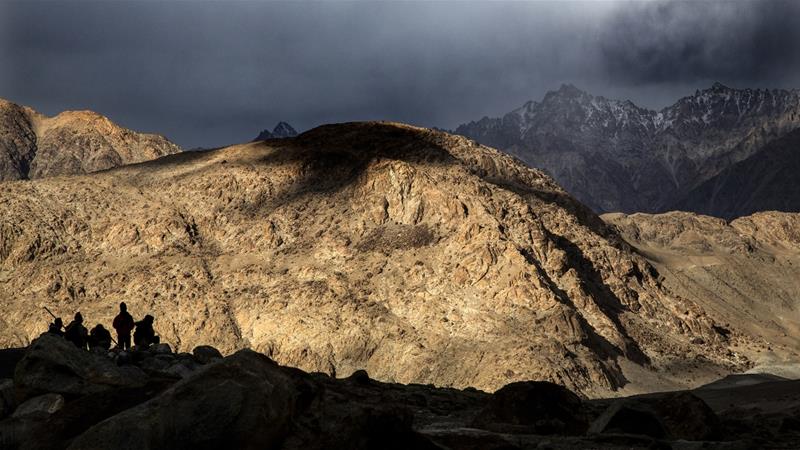 Thousands of troops from the two nuclear-armed neighbours have been involved in the latest face-off since May in the Ladakh region [File:Manish Swarup/AP]

Three Indian army personnel, including a commanding officer, have been killed in a "violent face-off" with Chinese soldiers in the Himalayan region of Ladakh, an Indian army spokesman has said.

The incident on Monday night follows weeks of rising tensions and the deployment of thousands of extra troops from both sides in the region.

"During the de-escalation process underway in the Galwan Valley, a violent face-off took place yesterday night with casualties. The loss of lives on the Indian side includes an officer and two soldiers," the Indian army spokesman said in a statement.

"Senior military officials of the two sides are currently meeting at the venue to defuse the situation," said the statement.

The Indian army said senior military officials from both sides were meeting to calm the situation.

Time for the govt to come clean and stop lying about "disengagement" and "mutual withdrawal".

A national crisis is no time for deception

Tensions flare on a fairly regular basis between the two regional powers over their 3,500-kilometre (2,200-mile) frontier, which has never been properly demarcated.

Thousands of troops from the two nuclear-armed neighbours have been involved in the latest face-off since May in the Ladakh region, bordering Tibet.

Meanwhile, China accused India of crossing a "disputed border" between the two countries, according to a report by the AFP news agency.

Last week, China said it has reached a "positive consensus" with India over resolving tensions at the border between the two countries through diplomatic and military channels.