India Pushes For Quick Resolution With China At Friction Points 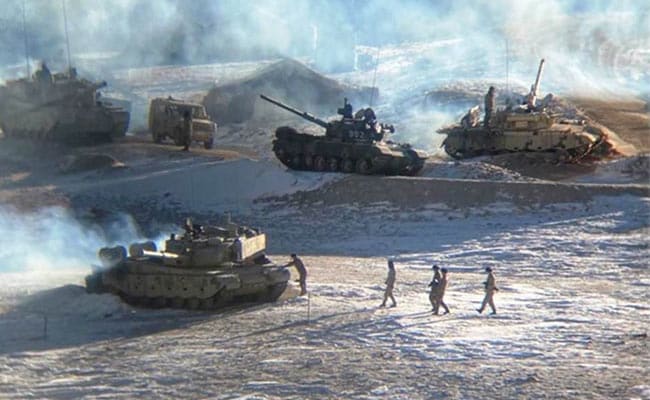 India pushed for a quick resolution at friction points in eastern Ladakh as Foreign Minister S Jaishankar spoke to his Chinese counterpart Wang Yi on Thursday afternoon. In a 75-minute phone call, Mr Jaishankar underlined that the bilateral relations between the two neighbouring countries "have been impacted severely over last year". The ministers agreed to remain in touch over the issue and establish a hotline.

"Boundary question may take time to resolve but disturbance of peace and tranquility including by violence, will inevitably have a damaging impact on the relationship," Mr Jaishankar told the Chinese minister during the phone call, an official statement by the Foreign Ministry said.

"A prolongation of the existing situation was not in the interest of either side. It was, therefore, necessary that the two sides should work towards early resolution of remaining issues. It was necessary to disengage at all friction points in order to contemplate de-escalation of forces in this sector. That alone will lead to the restoration of peace and tranquility and provide conditions for progress of our bilateral relationship," Mr Jaishankar said.

Last week, India and China held the 10th round of military talks to discuss disengagement in Depsang, Hot Springs and Gogra area, a day after both the nations had announced the completion of disengagement process on both the banks of the Pangong Lake in eastern Ladakh.

Tensions soared along the LAC (Line of Actual Control) - the de-facto border between India and China- last year in April-May, and peaked in June when 20 Indian soldiers were killed in the line of duty during a clash with Chinese soldiers. Beijing this month said four Chinese soldiers had died in the clashes.

Earlier this month, Defence Minister Rajnath Singh had told parliament that both sides had agreed to pull back troops in "a phased, coordinated and verified manner" around Pangong Tso.

Once disengagement "is completed at all friction points, then the two sides could also look at broader de-escalation of troops in the area and work towards restoration of peace and tranquility," the Foreign Minister said yesterday.

"Both sides should make efforts to consolidate outcomes," Wang Yi was quoted as saying in the Foreign Ministry's latest minister about the conversation between the two ministers. "It was also necessary to sincerely implement the common understanding reached at various levels," he said, expressing "satisfaction at the progress made so far". "Indian side had proposed 'three mutuals' (mutual respect, mutual sensitivity and mutual interests) as the approach to the relationship," he underscored.

Videos and images released by the army last week also showed Chinese troops dismantling bunkers and tents, and tanks, soldier and vehicles moving out as part of the disengagement process.