Prime Minister Narendra Modi has convened an all-party meeting on Friday to build much-needed domestic political consensus on the explosive situation on the border with China.

The announcement on the meeting “to discuss the situation in the India-China border areas”, at 5 pm on June 19, came after high-level political consultations. “Presidents of various political parties would take part in this virtual meeting,” the PMO said on Twitter.

The first contact between the opposition, which has criticised the government for not taking it into confidence on the violent incidents in Ladakh in which 20 Indian Army personnel lost their lives, and the government came on Wednesday morning, when Leader of Opposition in Rajya Sabha Ghulam Nabi Azad spoke with Defence Minister Rajnath Singh.

Azad, sources told The Indian Express, extended the Congress’s support and cooperation to the government for upholding the unity and territorial integrity of the country at this critical juncture. He also suggested to Singh that the government should brief the Opposition.

But while Azad reached out to the government, former Congress president Rahul Gandhi put out a tweet and a video slamming the Prime Minister, asking why he was “silent”, and “hiding”. The main Opposition party was belligerent through the day, demanding to know from the government what had happened on the ground.

In contrast, the rest of the opposition refrained from attacking the government.

Akhilesh Yadav of the SP said India’s response should be both strategic and economic – all contracts to Chinese companies should be suspended immediately, and curbs should be imposed on Chinese imports.

The RJD’s Tejashwi Yadav and the CPI’s D Raja asked the government to convene an all-party meeting so that the country gets the correct information and can fight external threats unitedly.

The BSP’s Kunwar Danish Ali welcomed the PM’s call for an all-party meeting, even “though it has come a little late as 20 of our soldiers and an officer have already been martyred”.

Both during the Doklam standoff in 2017 and in the wake of the terrorist attack in Pulwama in 2019, the government had convened all-party meetings. The 2017 meeting was convened by then External Affairs Minister Sushma Swaraj; the 2019 meeting was chaired by Singh, who was then Home Minister.

Rahul’s tweet and video came before the PMO’s announcement convening the all-party meeting. “Two days ago, 20 Indian soldiers were martyred… China has snatched India’s soil… they have occupied Indian territory. Why are you silent Prime Minister? Where are you hiding? The entire country… we all… are with you. The entire country is standing with you. Come and tell the truth to the nation. Don’t be scared,” he said in the video.

In a separate video message, Congress president Sonia Gandhi asked Modi to “tell the nation the truth” on how China was able to occupy territory that belonged to India.

Sonia’s video was posted an hour and a half after the PMO had announced the all-party meeting, and a few minutes before he spoke on the standoff for the first time at the beginning of his meeting with chief ministers.

“Cheen ne hamare kitne hisse par aur kahaan kahaan kabza kar rakha hai? (Where and how much Indian territory as China occupied?) What is the thinking, policy and solution of the government to deal with the situation?… We want to assure that the Congress party stands with our Army, its soldiers and their families, and the government in this hour of crisis,” she said. 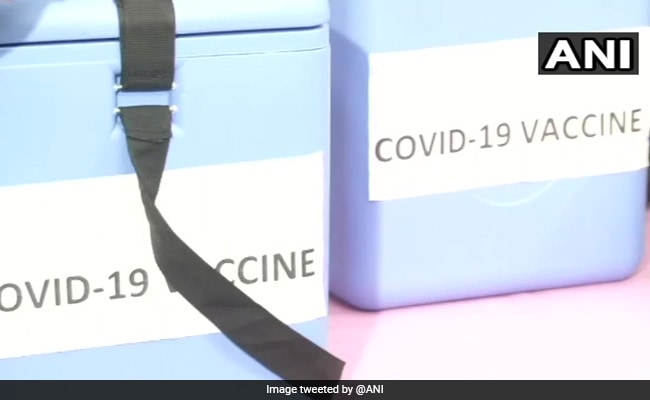