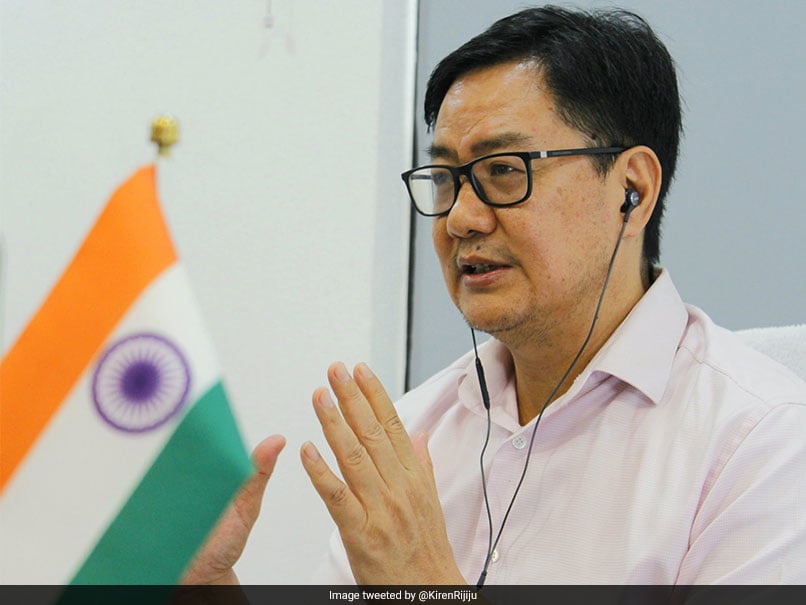 Kiren Rijiju said the constitutional rights of minorities are absolutely safe in the country.(FILE)

Union Minister Kiren Rijiju on Thursday said the religious and constitutional rights of minorities are absolutely safe in India and it does not need any certificate from anyone as communal harmony and tolerance are in the DNA of the country and its majority community.

Comments of Mr Rijiju, a Buddhist, came after a top Trump administration official has said that the US is very concerned about what is happening in India in terms of religious freedom.

"India doesn't need certificate on communal harmony and tolerance which is in the DNA of India and the majority community in India," Mr Rijiju, who holds the charge of the Union minister of state for minority affairs besides being the union sports minister, said in a statement.

Mr Rijiju said the social, religious and constitutional rights of minorities are absolutely safe in the country.

"A few politically intolerant people are trying to create an atmosphere of fear and intolerance. As a member of the minority community, I feel India is the best country in the world for the minorities," he said.

Samuel Brownback, the US Ambassador-at-Large for International Religious Freedom, said on Wednesday that India has been a country area that spawned four major religions itself.

"We do remain very concerned about what's taking place in India. It's historically just been a very tolerant, respectful country of religions, of all religions," he said.

The trendlines have been troubling in India because it is such a religious subcontinent and seeing a lot more communal violence, Mr Brownback said.

His comments came after the release of the ''2019 International Religious Freedom Report''.

Mandated by the US Congress, the report documenting major instances of the violation of religious freedom across the world was released by Secretary of State Mike Pompeo at the State Department.

India has previously rejected the US religious freedom report, saying it sees no locus standi for a foreign government to pronounce on the state of its citizens' constitutionally protected rights.

"India is proud of its secular credentials, its status as the largest democracy and a pluralistic society with a longstanding commitment to tolerance and inclusion", the government had said earlier.