In pricey Napa Valley, cash-strapped residents barter to get by

Napa Valley, California, United States - In pre-COVID days, I stared at the photos that Galen Drace was swiping through of what looked to be a complete woodworking shop of his own - the table saw, pegboards, woodchipper.

Drace is the consumer sales manager at Stony Hill Vineyard, not a contractor who would readily have a woodworking set-up. Plus, we were sitting in St Helena, one of the most expensive towns in one of the most exclusive areas of the United States, Napa Valley.

How does he do it? I wondered.

"I don't have much money," Drace said. "But a couple bottles of really nice cab? You've got a chance." 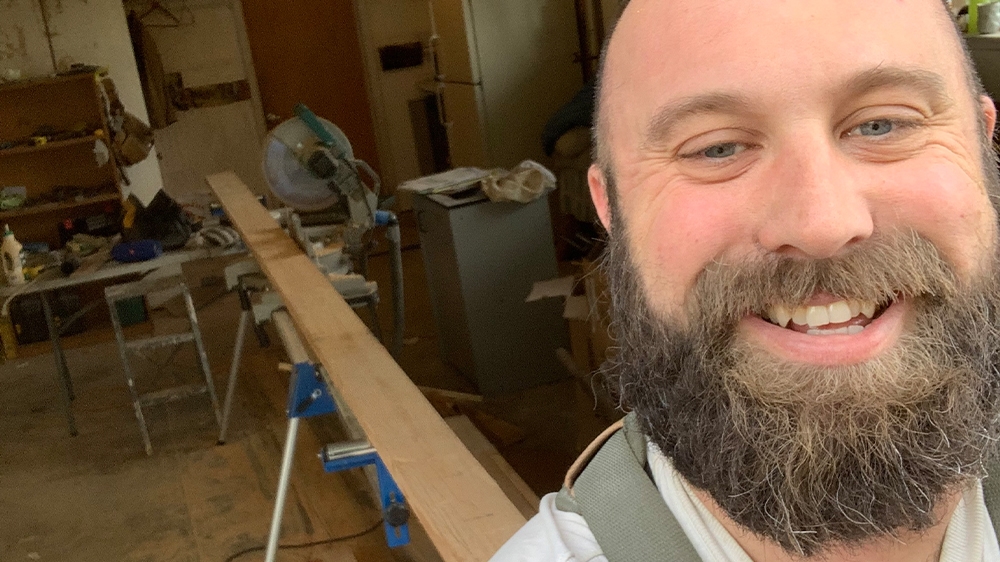 Galen Drace in his woodshop [Photo courtesy of Galen Drace]

'How it works in the Valley'

That was how I first heard about the informal trade economy in an area synonymous with enviable good living. Exchanging the citrus found in nearly every front yard, the honey produced by the beehives many have in their back gardens and the wine - bottles so few in number that they will never reach the store shelves and so delicious your tongue will slap your brain.

But, it is expensive to be here. Prohibitively. The Economic Policy Institute, a progressive think-tank, estimates that a two-parent, two-children household needs an average combined income of more than $8,500 a month to live in Napa Valley.

St Helena, where Stony Hill is located, has an average home price of more than $2m. In fact, the county is so unaffordable to live in that there is a labour shortage.

So how does a non-billionaire do it?

"This is how it works in the valley," said Gigi Lichau, whose family has owned Lito's Auto Body in Napa for more than 50 years. "If you own a business, you always want to trade something with someone. It builds relationships and bumps up your quality of life."

But if one-on-one bartering got Drace, among other things, a roof rack for his car, he saw what was coming with the coronavirus lockdown: "As the economy craps out," he said, "you'll see people look at that they have that can be used as an exchange."

Linda Pippin has lived in St Helena for 24 years and works in catering. Before quarantine, she occasionally traded cookies for kumquats, Meyer lemons and high-quality vanilla. But the post-COVID world has caused her to step up her trading game, especially since she had a... wait for it… baked-in advantage.

"Everybody's doing banana bread right now," she said. "My speciality is salted butter chocolate chunk shortbread, and they are gorgeous." 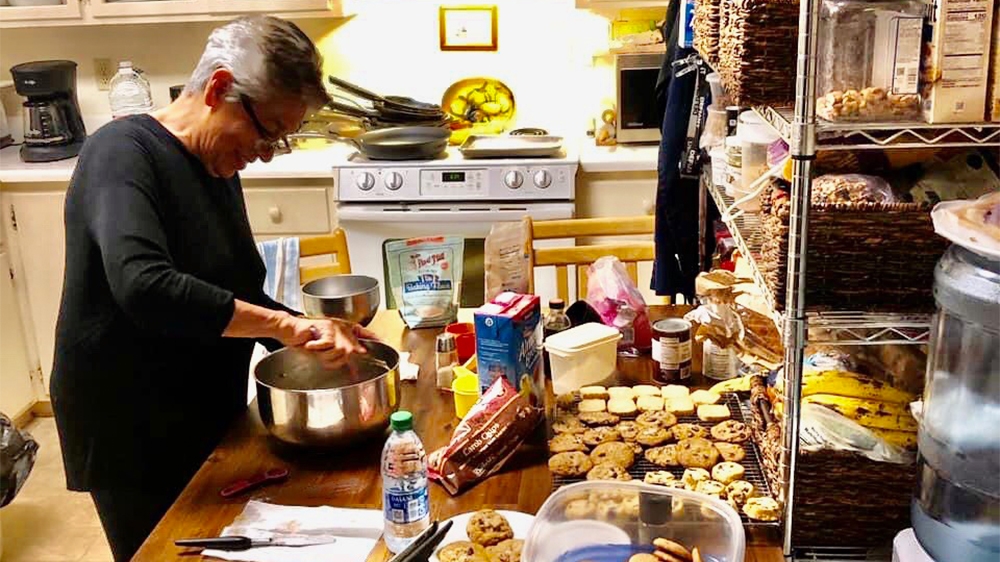 A bag of cookies went to Jonathan Bodner for a loaf of sourdough bread. Bodner, a chef, has been trading since 2003. When he owned a local barbeque restaurant, he said most of that business was done on barter.

"I smoked exclusively with broken wine barrels. My main supplier dropped off all the time, and the only thing he ever wanted was a rack of ribs." But, there is a difference this time with his bread, which is made from a 75-year-old starter that he discovered at a historic winery.

"It was never to this extent," he said. "People are trading me eggs, ham, produce, wine, 10 bucks. Now, my cable is back on, and I bought a hammock."

'The traditional system is broken'

"There's a tonne of interesting stuff out of California dealing with financial distress," said Brett King, futurist and CEO of mobile banking start-up Moven. "Pismo clams were the 1933 local version of Bitcoin."

During the height of the Great Depression, merchants in Pismo Beach accepted clams for currency - hence how money came to be called "clams".

"I expect to see this trading emerge more and more for access to food and other basic services," King said. "With COVID-19, people are getting creative. The traditional system is broken, to some extent. The stock market is having its biggest recovery ever, but the economy is clearly in distress with the unemployment numbers and what you look at to maintain subsistence."

More than 40 million Americans have filed for unemployment benefits since mid-March, when lockdowns started sweeping the nation.

Ty Horner, a furniture builder who has lived in Napa since 2003, was already doing property maintenance as a partial trade for rent. But free supplies are what make it possible to create his wine barrel Adirondack chairs and tables. "I trade labour for the barrels and for the custom milling," he said.

"It gets to a point where people realise that money is just one mechanism of value exchange," King explained. "Gig economy workers might want to work a gig for something they need more than money."

Beyond the Valley, organised barter industry trade exchanges (or, third-party bartering) are flourishing across the country and in cities like Seattle and Pittsburgh, according to Ron Whitney, the president of the International Reciprocal Trade Association.

"These are uniquely suited as alternative marketplaces to the cash world," he said. "And right now, owners are looking for alternatives." 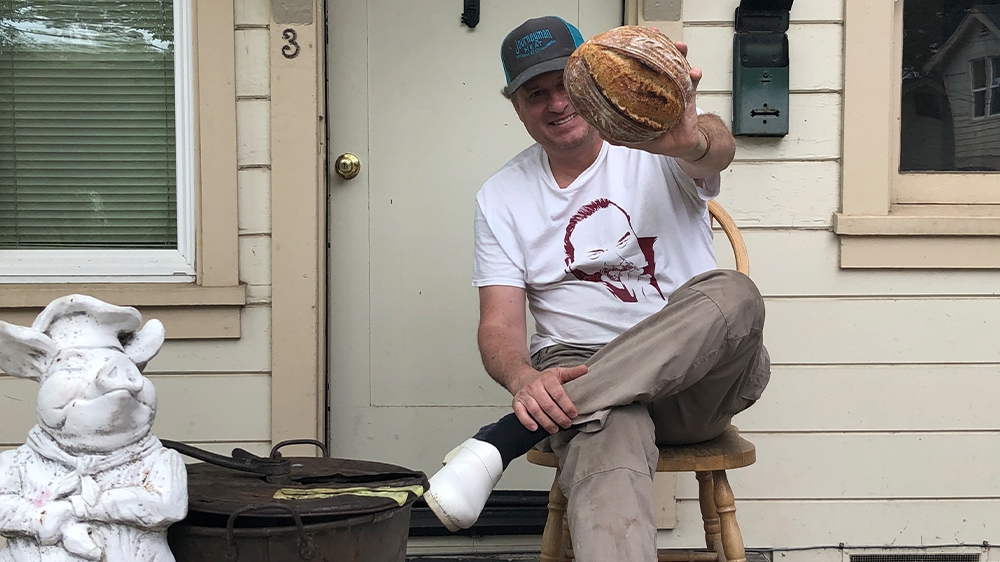 But there is another, more existential appeal. Bodner, who rarely made bread in his previous culinary work, has been making 16 loaves a day and credits this with "saving my life - literally, honestly."

"When everything fell apart, I didn't know what I was going to do with my time," he said. "Now, I get up at 6:30, I have my first of a dozen cups of coffee while the oven gets started, and I'm not done until nine at night when I leaf-blow the flour off my kitchen floor. And seeing the hot bread every day - I'm just glad I can do it."

Bolsonaro lashes out at Brazilian press