Demonstrations continue in Washington, D.C., New York City, and St. Louis against police brutality and other social justice causes in the wake of the death of George Floyd and other cases around the country. 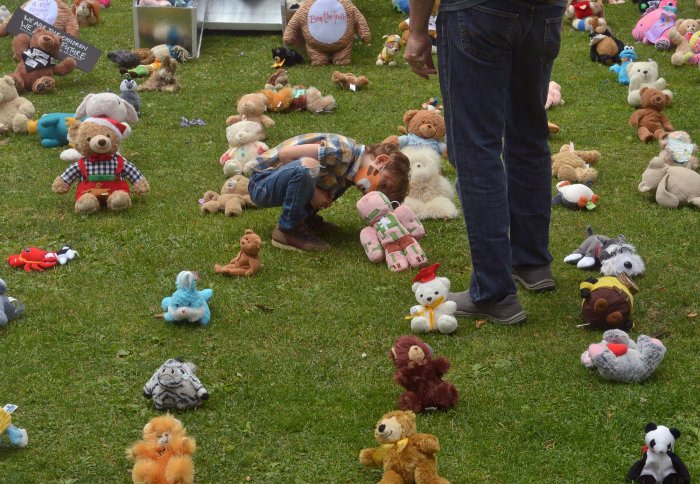 A young boy and his father look over display of teddy bears with the message, "we deserve a future free of racial injustice" in Los Angeles on June 28. Photo by Jim Ruymen/UPI

Lowriders fill the streets near City Hall to protest the criminalization of cruising, George Floyd's murder, Latin rights and police brutality and accountability in Los Angeles. Photo by Jim Ruymen/UPI

Demonstrations and other activities continue across the nation, targeting systemic racism and police brutality. Photo by Jim Ruymen/UPI

Protesters march to St. Louis Mayor Lyda Krewson's home in St. Louis on June 28. The protesters are asking for Krewson to resign after reading names and addresses of those who have different ideas on how the police department should look, during her daily Facebook update. Photo by Bill Greenblatt/UPI

A man holding a semi-automatic rifle yells at protesters walking past his house en route to Krewson's home. Photo by Bill Greenblatt/UPI

A large crowd of protesters yells outside Krewson's home. Photo by Bill Greenblatt/UPI

Vanessa Mnobu of Frederick, Md., participates in a demonstration at Black Lives Matter Plaza in Washington, D.C., on June 27. Photo by Leigh Vogel/UPI

One dead, six injured in boat crash on Georgia lake