With no priest to minister and no faithful to pray, Dhaka’s Armenian church has one last parishioner: a Hindu caretaker.

With no priest to minister and no faithful to pray, an Armenian church in Bangladesh has one last parishioner: a Hindu caretaker doing his “sacred duty” to preserve a relic of the city’s former commercial elite.

Shankar Ghosh makes the sign of the cross before opening the entrance of the striking white and yellow edifice, built 240 years ago in the capital Dhaka.

Back then, the city was home to hundreds of Armenians, a diaspora that traced its roots in the Muslim-majority nation back to the 16th century and eventually rose to become prominent traders, lawyers and public officials.

The last known descendant of this community left Bangladesh several years ago, but not before entrusting the Armenian Apostolic Church of the Holy Resurrection to Ghosh, who had already lived within its grounds for half of his life.

“I love this work. I consider it a sacred duty bestowed upon me,” the 61-year-old told AFP news agency. “Whether it is a church, temple or mosque, I believe all are for one God.” 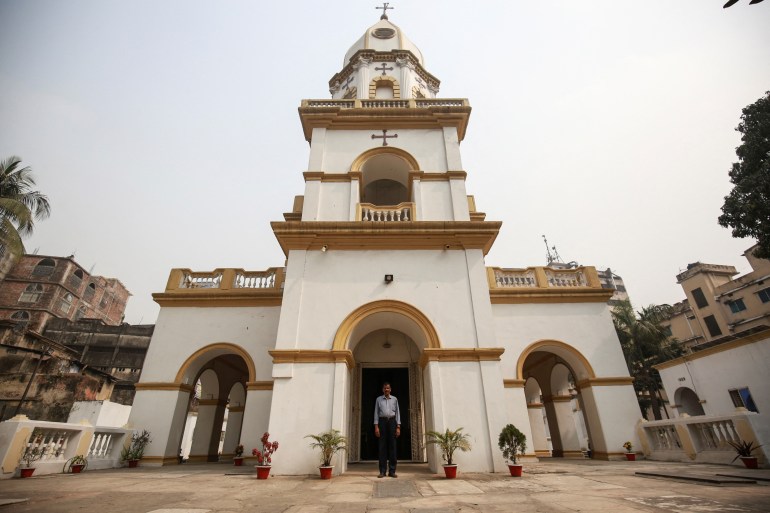 In this picture taken on February 11, 2021, Ghosh poses for a photo in front of the church in Dhaka [Rehman Asad/AFP]Some 40 years ago, Ghosh worked at a jute factory, an industry owned by many Armenians in the region, where he struck up a friendship with the family running it.

Through them, he met church custodian Michael Joseph Martin, who invited Ghosh to be his assistant. The young man moved into the church compound in 1985 and never left.

“It is a home of God and I thought no other work would better suit me,” Ghosh said.

His 30-year-old son was born in the compound and acts as its resident historian.

When Martin moved to Canada in 2014, he handed his protege the keys to the church.

Ghosh became full-time custodian after Martin died last year at the age of 89, and is now supported by overseas Armenians, led by Los Angeles-based businessman Armen Arslanian, who keep the church running.

“The Ghosh family has a special place in our church,” Arslanian told AFP. 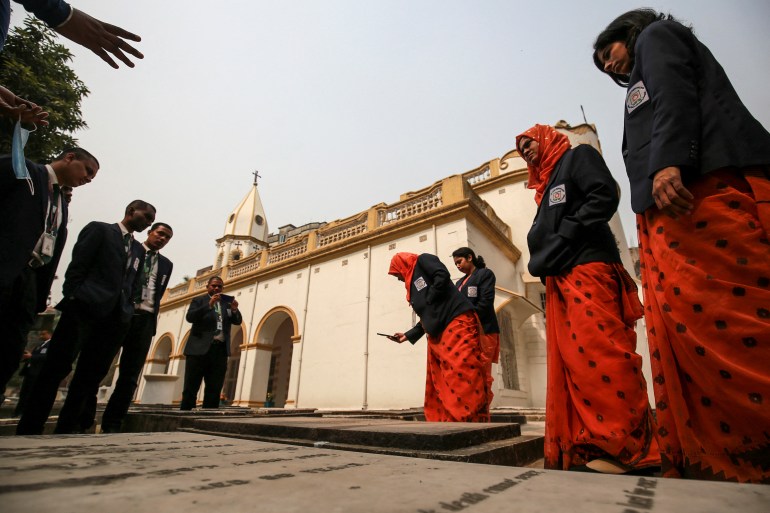 In this picture taken on February 11, 2021, people visit the Armenian church in Dhaka [Rehman Asad/AFP]Within the church grounds, the cacophony of traffic horns fades away and birdsong rises from a small garden. Young peoples and students gather under the garden’s trees, sharing quiet moments in the shade.

Each morning, Ghosh emerges from the compound where he lives with his wife and two children to open the church doors and light candles on the altar.

He utters a non-denominational prayer for 400 Armenians – once prominent members of Dhaka’s community and now buried under neat rows of tombstones next to the building.

Several assistants help him maintain the church and feed the half a dozen stray dogs living on the grounds.

There have been no baptisms or weekly masses held in the church for several decades.

But the church comes to life every Easter and Christmas when a Catholic priest holds services attended by ambassadors stationed in Dhaka.

Ghosh often strolls around the tombstones, the earliest dating back to 1714, decades before the church was built.

Laying a flower on the grave of Martin’s late wife Veronica – the last Armenian to be buried in the compound, in 2005 – Ghosh hopes her husband’s remains are brought back to Dhaka.

“He belongs here in this beautiful place,” he said, adding that he too hoped to be buried in the grounds after his death.

“I only pray that I will get similar treatment to what I have been providing to these (graves).” 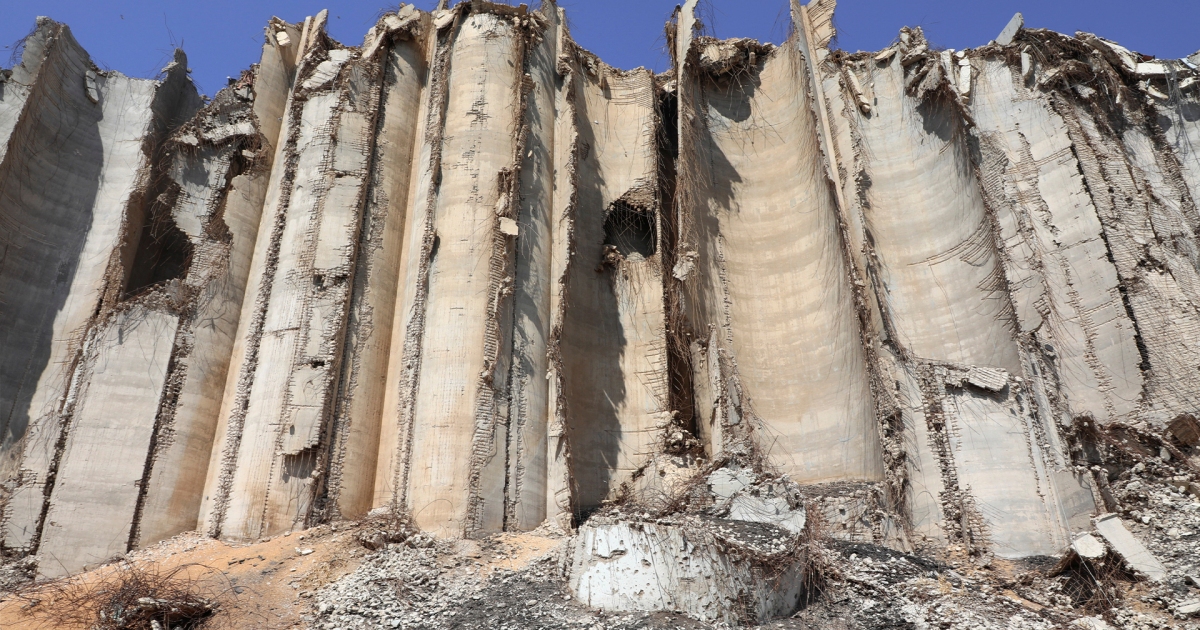 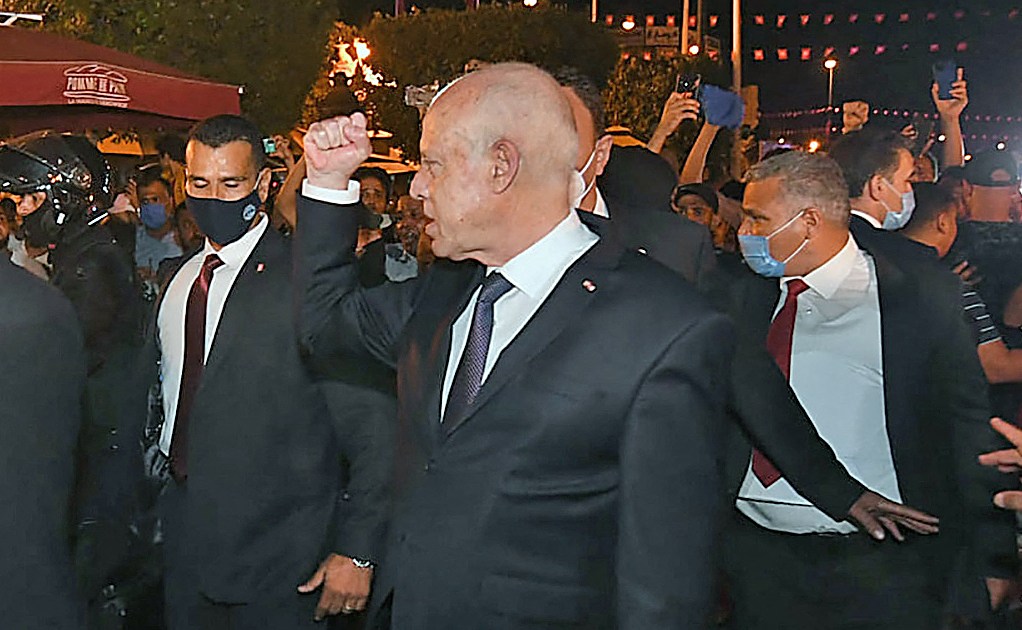