Aug. 11 (UPI) -- Voters in Minnesota, Wisconsin, Connecticut and Vermont cast votes in primary contests on Tuesday to determine final races for November as Georgia held a pair of runoff contests from its June primary.

Rep. Ilhan Omar emerged victorious after facing a field of four other Democratic candidates in the 5th District, including attorney and mediator Antone Melton-Meaux, a well-funded first-time candidate who's accused the congresswoman of being sidetracked by personal distractions.

Omar has been a visible member of Congress in her first term, as part of a group of first-term representatives that came to be known as "The Squad" -- alongside Reps. Alexandria Ocasio-Cortez of New York, Ayana Pressley of Massachusetts and Rashida Tlaib of Michigan.

"In Minnesota, we know that organized people will always beat organized money," she tweeted Tuesday night. "Tonight, our movement didn't just win, we earned a mandate for change. Despite outside efforts to defeat us, we once again broke turnout records. Despite the attacks our support has only grown."

Rep. Tom Emmer won the race for Minnesota's 6th District as he seeks a fourth term in the November election.

In the 7th District, Democratic Rep. Collin Peterson won the right to face off against a group of Republicans seeking to unseat him in an area that has shown strong support for President Donald Trump.

Former state Sen. and Lt. Gov. Michell Fischbach won the Republican nomination after receiving the endorsement of the GOP and backing from Trump, while facing competition from David Hughes, who has challenged Peterson for the past two elections, as well as physician Noel Collis and two other candidates.

Polack announced his victory on Twitter while congratulating Pade on running a strong campaign.

"I look forward to working with Josh and his supports to win in November," he said.

In District 4, Tim Rogers and businesswoman Cindy Werner faced off in the Republican primary as they battle for the chance to challenge incumbent Rep. Gwen Moore.

In the 2nd District, construction worker Thomas Gilmer and veteran Justin Anderson were expected to face off in the Republican primary to challenge Democratic Rep. Joe Courtney. But Gilmer dropped out of the race Tuesday after he was arrested the night before.

Wethersfield police said he was charged with first-degree unlawful restraint and second-degree strangulation.

The Hartford Courant reported the charges are related to an alleged altercation between Gilmer and a former girlfriend.

Gilmer blamed the investigation, which was opened July 22, on mud-slinging from his opponent.

Former Vice President Joe Biden won the Democratic presidential primary in Connecticut, the last state to vote in the contest, on the same day he announced Sen. Kamala Harris will be his running mate.

Corbo also ran for governor after attempting to get younger candidates to run for the offices, saying they are most affected by issues such as climate change.

Republican candidates Miriam Berry, Jimmy Rodriguez, Justin Tuthill and Anya Tynio, as well as Progressive Party candidates Chris Brimmer and Cris Ericson, will also seek to make it to the ballot for November.

Two-term Republican Gov. Phil Scott bested a field of candidates on the GOP side on Tuesday night, while Lt. Gov. David Zuckerman and former Education Secretary Rebecca Holcombe lead the four-person field in the Democratic primary for governor.

President pro tempore of the Vermont Senate, Tim Ashe, and state Sen. Debbie Ingram will battle in the Democratic primary to fill the seat vacated by Zuckerman, while five Republicans and one Progressive are also on the ballot Tuesday.

Greene has sparked controversy by making statements about Muslim members of Congress and supporting the QAnon conspiracy, which Twitter took steps to limit last month. Her comments led Republican Rep. Jody Hice to rescind her endorsement. Cowan, a neurosurgeon, has employed the slogan "all of the conservative, none of the embarrassment."

Results reported by The New York Times and The Hill. 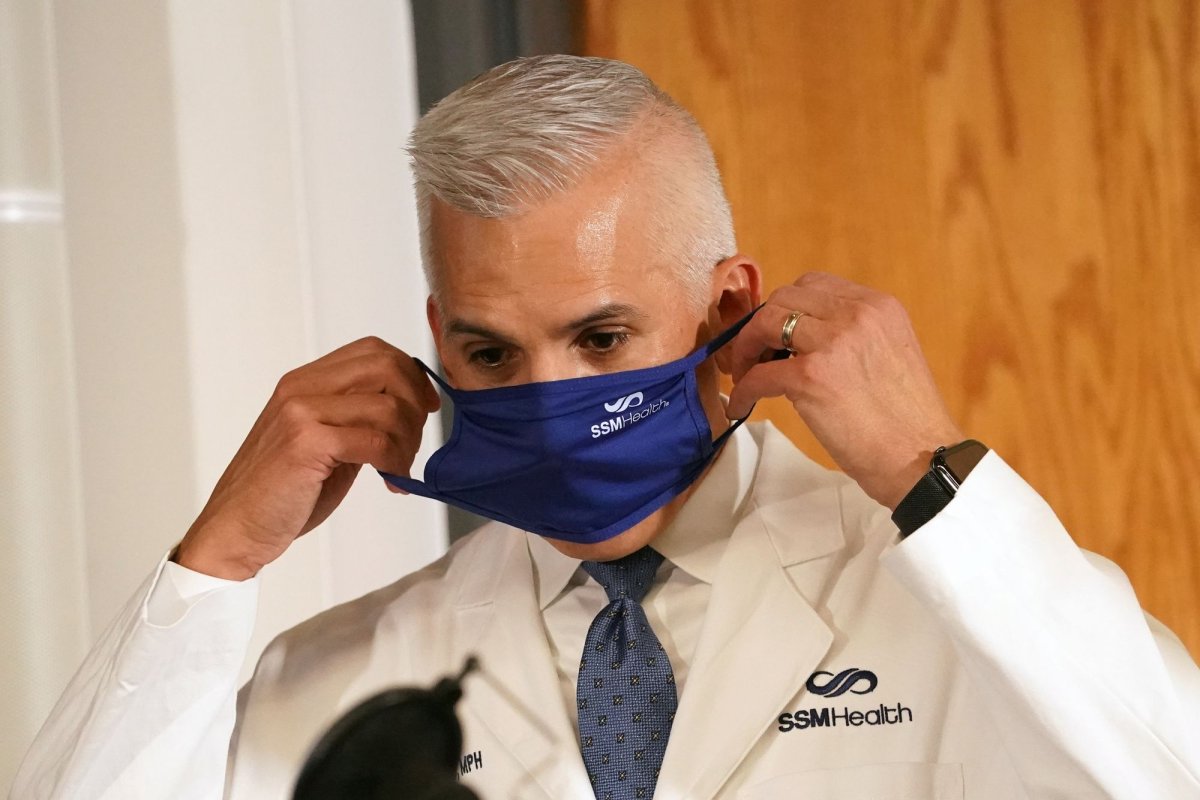