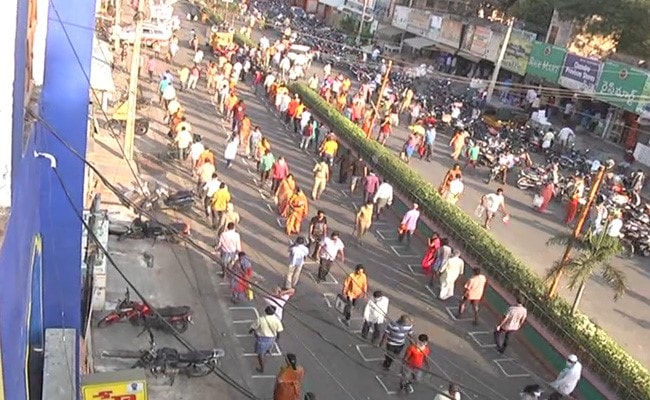 A group of researchers at IIT-Kharagpur has developed a cyber-physical system based on artificial intelligence for monitoring social distancing in public places, an official said on Saturday.

The team, under the leadership of professor Debashish Chakravarty and professor Aditya Bandopadhyay, has engineered a low-cost device which can detect the gap between individuals, a spokesperson of IIT-Kharagpur said.

"The device will play a proximity alert sound through audio output, whenever any violation of the social distancing norms occurs. It captures images of the field view and computes the distance as per criteria set by the Ministry of Health and Family Welfare," a member of the research group said.

The researchers had focused on the ease of deployment of such a device in remote places and curtailing the cost by using inexpensive and easily accessible hardware materials, he said.

Students have come up with the device leveraging readily-available hardware while the lockdown was in place, the spokesperson said.

The system has been successfully tested by installing three prototypes of the device within the IIT-Kharagpur campus.