IBM has said it will stop offering facial recognition or analysis software and will oppose use of the technology for mass surveillance and racial profiling.

Chief executive Arvind Krishna made the announcement in a letter to members of the US Congress.

The tech firm's decision comes as US contends with nationwide protests over the death of a black man, George Floyd, while in police custody in Minneapolis.

"IBM firmly opposes and will not condone uses of any technology, including facial recognition technology offered by other vendors, for mass surveillance, racial profiling, violations of basic human rights and freedoms, or any purpose which is not consistent with our values and Principles of Trust and Transparency," he was quoted as saying in the letter.

Government officials across the country have proposed reforms to address police brutality and racial injustice aimed at boosting oversight of law enforcement agencies.

In the letter sent to prominent US senators, including Cory Booker and Kamala Harris, Mr Krishna also called for greater transparency and accountability to policing.

African-American females were even more likely to be misidentified, the research by The National Institute of Standards and Technology (NIST) found. 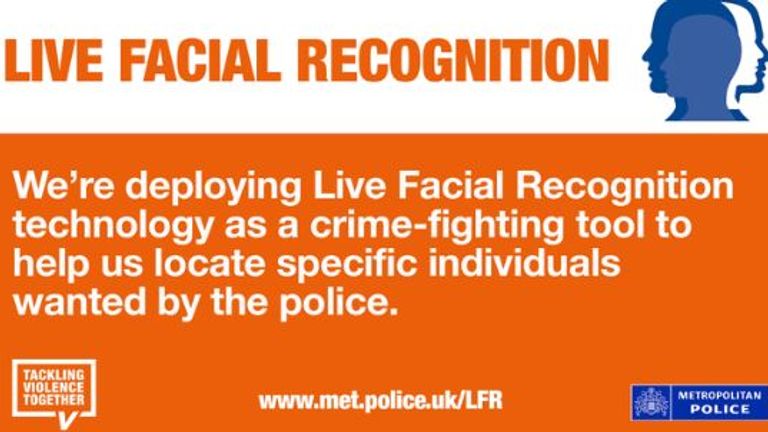 Image: The Met Police announced its system was being launched

Meanwhile, in London the Met Police has made its controversial live facial recognition (LFR) technology operational following 10 trials across the capital.

This is despite an independent report into the force's use of the technology, commissioned by the Met itself and revealed by Sky News, which found the technology was actually 81% inaccurate.

Apple October event: New MacBook Pros and all that the company unveiled

These Apple AirPods just got cheaper by Rs 2,000