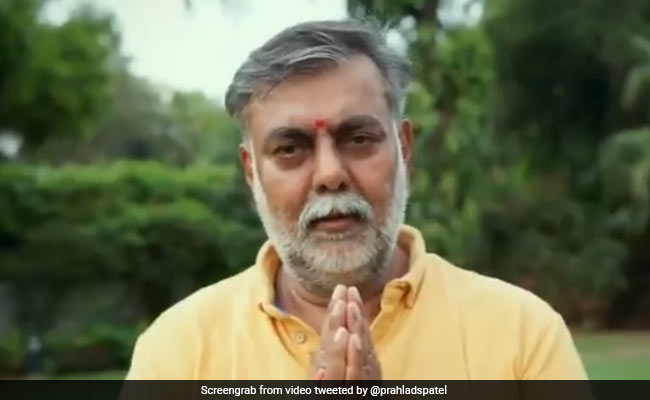 Union minister for culture and tourism Prahlad Patel on Saturday said he hopes that 10 million people will join him in performing Surya Namaskar on this year's International Day of Yoga on Sunday.

With the shadow of the COVID-19 pandemic looming large, International Day of Yoga will be celebrated on digital media platforms sans mass gatherings and Prime Minister Narendra Modi's message would be the highlight of the occasion.

Yoga Day will go digital for the first time since June 21, 2015, when it began to be celebrated annually across the world, coinciding with the Summer Solstice each year.

This year's theme is "Yoga at Home and Yoga with Family" and people will be able to join the celebrations virtually at 7 am on June 21.

"I will perform Surya Namaskar at Purana Qila and I urge everybody to join me in performing Surya Namaskar from their homes. Prime Minister Narendra Modi has given the gift of Yoga Day to the world and we should practice Yoga in our daily life," he said in a statement issued by the ministry of culture.

The minister also posted a video message on social media and urged all to share their Surya Namaskar videos with "#10MillionSuryaNamaskar & #NamasteYoga" hashtags on social media platforms so that it can become a public movement and creates health awareness among fellow citizens.

"I hope that around 10 million people will join him in performing Surya Namaskar on International Yoga Day 2020," he said.

Meanwhile, culture ministry sources said BJP MP Tejaswi Surya too will perform Yoga in Bengaluru to support the ministry and he will be joined by fitness expert Sapna Vyas.