Lam says government cannot underestimate any source of infection and testing was ‘reassuring’ to residents.

Hong Kong leader Carrie Lam has praised as a success the sudden, unannounced lockdown for coronavirus testing of a number of buildings in a working class district of the city, after a number of cases in the area raised concerns about a larger outbreak of COVID-19.

About 20 buildings in the Yau Ma Tei district were sealed off during the night from Tuesday into Wednesday and some 330 tests carried out, the Hong Kong government said. Only one case was found.

Residents were given no warning of the plan.

“We cannot underestimate any source of infection, and of course, the residents of the ‘restricted area′ have been reassured,” Lam, the territory’s chief executive, wrote on her Facebook page.

Hong Kong was one of the first places to be struck by COVID-19 after mainland China, but has managed to keep the disease in check with social-distancing measures, as well as strict border controls and hotel quarantines for arriving travellers.

The territory has confirmed 10,223 cases and 173 deaths. The current social-distancing measures will remain in force until February 3.

In recent weeks clusters of cases have emerged in lower-income neighbourhoods including areas with cramped, sub-divided apartments that reveal the sharp inequalities beneath Hong Kong’s seemingly wealthy facade. 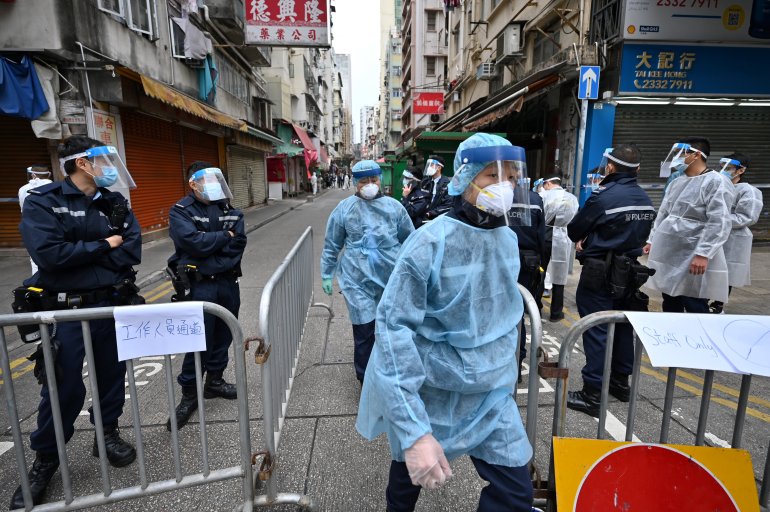 Parts of the Jordan area of Hong Kong were sealed off at the weekend. The lockdown was leaked to the media the day before [Peter Parks/AFP]The average flat in Hong Kong measures about 500 square feet (46 square metres) and sells for around 7 million Hong Kong dollars ($900,000). Rents are also beyond the reach of many ordinary workers.

Residents in Yau Ma Tei had to show an SMS message confirming a negative test and wear a wristband before they were allowed to leave by officials stationed at the entrances of the affected buildings on Wednesday, the South China Morning Post newspaper reported. Cleaners were scrubbing down the roads, it added.

Over the weekend, the authorities sealed off part of Jordan, another working class area, although media were tipped off about that plan the day before it happened.

On her Facebook page, Lam said the local government was looking to fine-tune its anti-epidemic measures with a goal of bringing new cases down to zero. Hong Kong has also been testing sewage as a way to assess COVID infections in any given area. 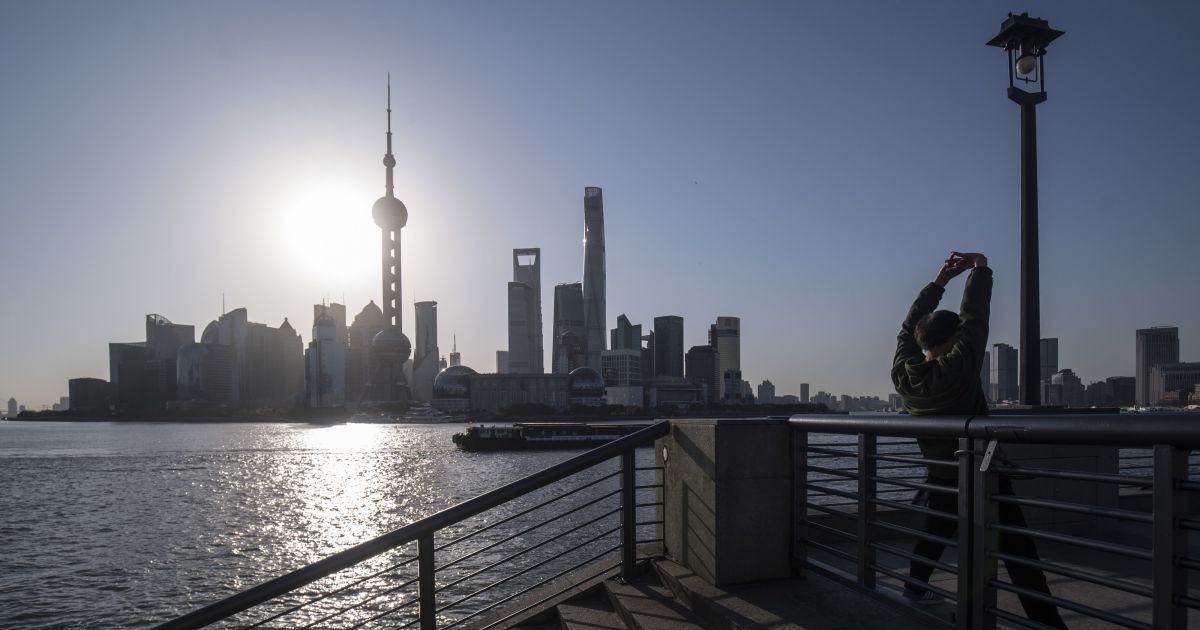 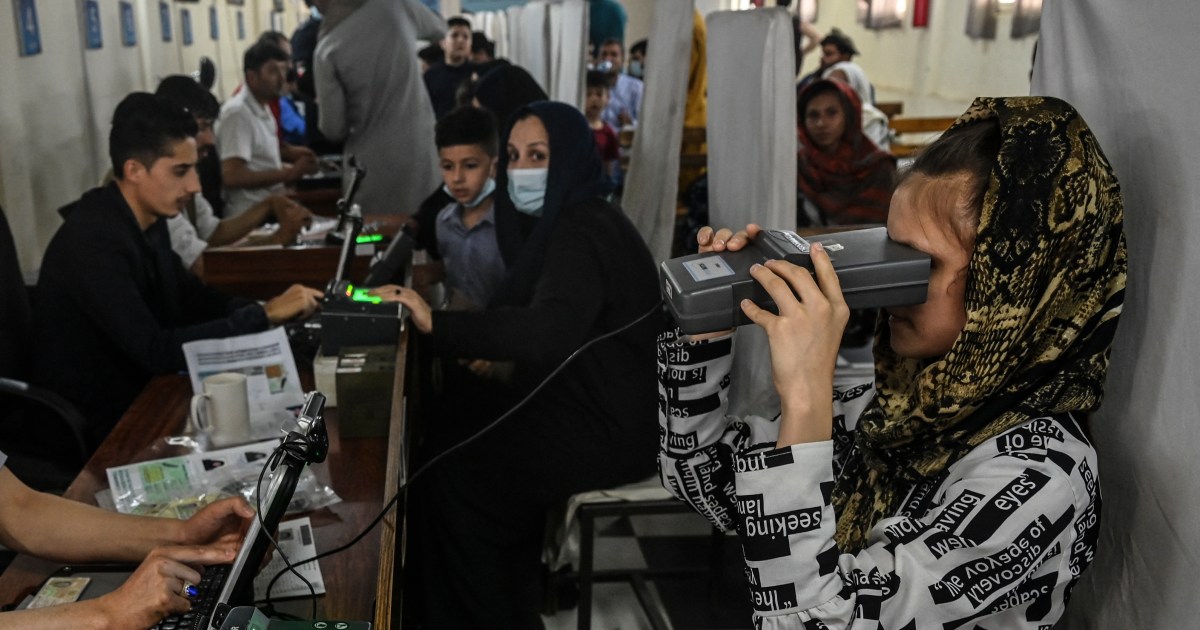 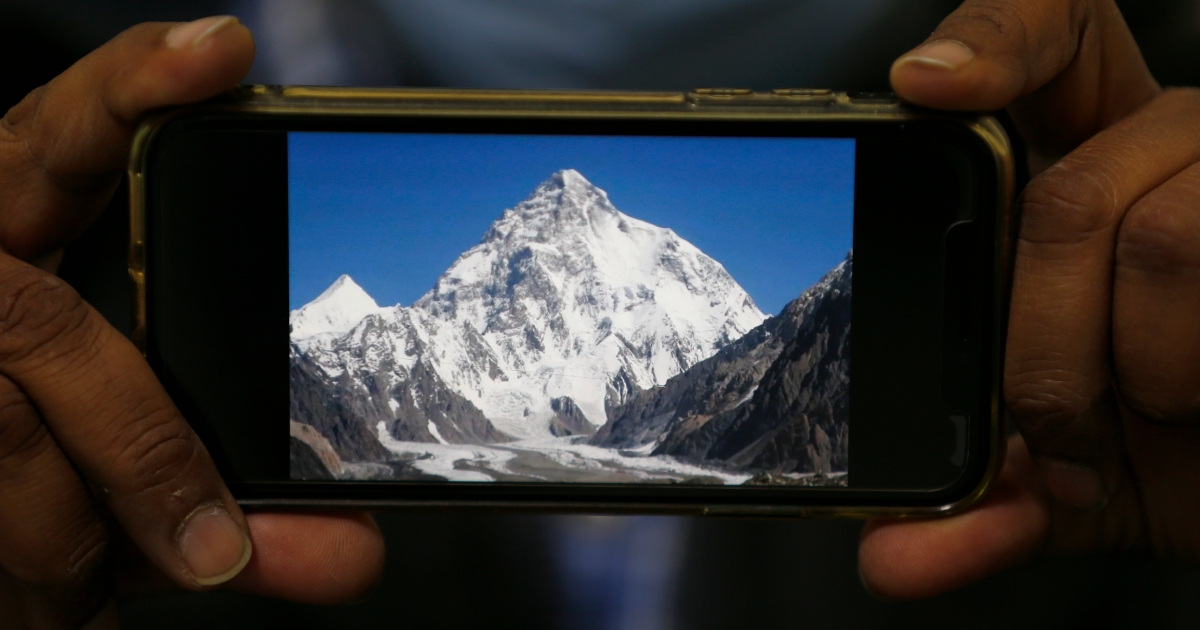