Head Of IIM Calcutta Quits After Disagreements With Teaching Faculty 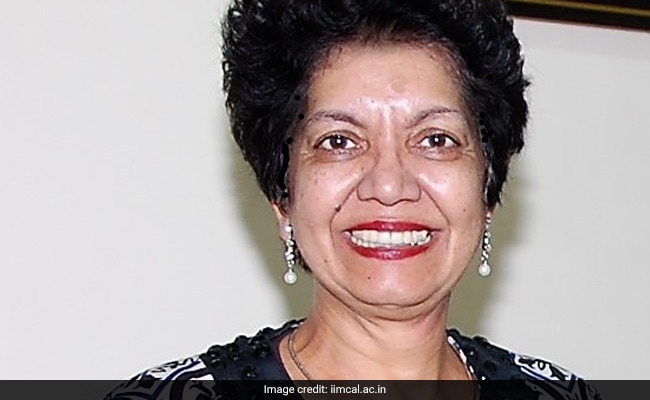 First woman Director of Indian Institute of Management, Calcutta (IIM-C) Anju Seth has stepped down from her post in the backdrop of confrontation with the teaching faculty. She resigned from the post one year before the end of her tenure in the premier management institute.

She has sent a letter to Union Ministry of Education asking them to relieve her of the responsibilities.

"Yes, I have sent in my resignation letter on Sunday. I am not well right now. I'm disappointed as I'm leaving a dream only partially fulfilled; it is not what I had sought," she told news agency Press Trust of India.

She had taken a two-day medical leave before putting in her papers.

Ms Seth, the first woman Director of the prestigious IIM-Calcutta had taken over the charge in 2018.

Her decision to quit came amid a tiff with the teaching faculty of the institution.

A section of the teachers of the 60-year-old IIM-Calcutta had recently complained to Union Ministry of Education about Anju Seth's conduct.

Ms Seth had countered the accusation, saying that the faculty was trying to curb her powers as the director of IIM-Calcutta, a source in the institute told news agency Press Trust of India.

The source told news agency PTI in her resignation letter, Ms Seth had stated that certain groups in the premier B-school were resisting her bid of improve governance, bring reforms in the existing academic matters and encroaching on her executive powers.

"A majority of the faculty had turned against her accusing her of high-handedness and she also lost the confidence of many board," the source told news agency PTI.

In her letter, Ms Seth hoped for a bright future of the institution.

"I'm proud that I tried my best and that I have disrupted the conventional barriers that were holding back the opportunity for IIM-Calcutta to emerge as a world-class institution," she said.

Hoping that in the future the institute will "continue to build on a culture of transparency and accountability as core values," Ms Seth said, adding that "I have been privileged to work with many dedicated and talented people and wish them the very best for the future."

Indicating she won't nurture any bitter memories, Ms Seth concluded, "I continue to be a proud alumnus of IIM Calcutta and shall always be."

Anju Seth had served as the Professor of Management at Virginia Tech, US and also held the position of Professor of Business Administration at the University of Illinois.

‘Want them to come together’: Lalu pitches Tejashwi-Chirag alliance in Bihar

Fire at Haldia Petrochemicals In Bengal, No One Injured