Half of Europeans vaccinated but concern grows over Delta variant

More than half of all European adults are now fully vaccinated, the European Union said, but the milestone came as countries across the world are battling fresh outbreaks blamed on the fast-spreading Delta variant.

The EU said on Thursday that 200 million Europeans had been fully vaccinated, more than half of the adult population but still short of a 70 percent target set for the summer.

The fresh data came as German Chancellor Angela Merkel said cases in her country were rising “exponentially” and she urged more Germans to get jabs.

“The number of infections has been rising again for a few days now, with a clear and, in my opinion, worrying momentum. The whole thing is driven by the Delta variant of the coronavirus,” she said at a Berlin news conference on Thursday.

Germany has seen an incidence rate of 12.2 new cases per 100,000 people over the past seven days – more than double the rates in early July.

“With a rising incidence rate, it could be that we need to introduce additional measures,” she said. 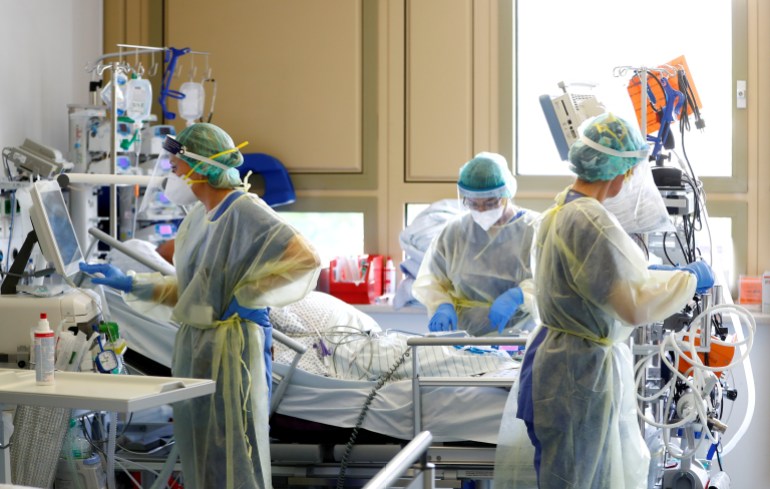 Germany has seen an incidence rate of 12.2 new cases per 100,000 people over the past seven days – more than double the rates in early July [File: Kai Pfaffenbach/Reuters]

Germany joins a number of European nations that have seen cases climb in recent weeks spurred by the Delta variant, first detected in India.

European Central Bank chief Christine Lagarde warned of growing economic uncertainty caused by the Delta variant, as the bank kept its vast stimulus for the eurozone firmly in place following a meeting of its 25-member governing council.

“The euro area economy is rebounding strongly,” Lagarde said, but the Delta variant could damp the post-lockdown recovery “in services, especially in tourism and hospitality”, she said.

France this week rolled out new rules requiring a so-called health pass for all events or places with more than 50 people before being extended to restaurants, cafés and shopping centres in August.

People need to show proof of vaccination or a negative test to gain access, after the country reported a new surge – more than 21,000 new cases on Wednesday, the highest level since early May.

The Italian government, also looking to contain a fresh surge in coronavirus cases, announced on Thursday that from August 6 people must present proof of immunity to access an array of services and leisure activities.

Cases are also soaring in the United Kingdom, where most restrictions were lifted this week, and on Thursday British supermarkets warned of possible food shortages because staff were being forced to self-isolate.

Meanwhile, countries in Asia are seeing some of their worst outbreaks to date, with Indonesia becoming a new global hotspot as Vietnam and Thailand face new anti-virus rules. 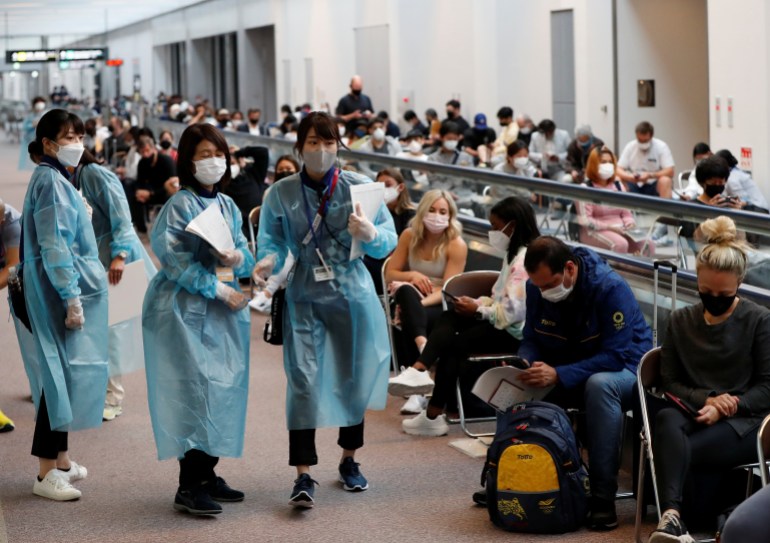 However, Al Jazeera’s Jessica Washington reporting from the capital Jakarta on Thursday said the government has been able to ramp up testing.

“They were able to test 200,000 individuals in one day which is a marked improvement, however still way off the target of trying to test 400,000 people each day,” she said.

“Epidemiologists say that the government must act strongly because the situation is continuing to worsen in intensive care units in hospitals, not only in Jakarta … but across the country.”

In Tokyo, the Olympics were due to open on Friday after a year-long pandemic delay but spectators are mostly banned, and athletes, journalists and organisers are subject to strict virus measures.

“It’s completely different from the last Games (in 1964) when the whole city was filled with festive mood,” said 80-year-old Tokyo resident Michiko Fukui.

Elsewhere, South Africa is also struggling with a surge in infections. However, the vaccination campaign is making progress with a record quarter of a million people getting their jabs in a single day.

But so far only 7 percent of the population has received even just one dose. 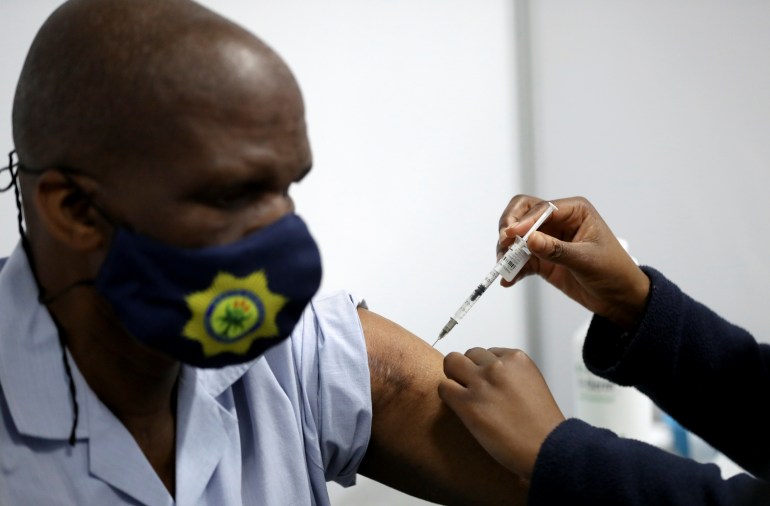 South Africa is the worst-hit country in Africa and health experts are warning of a potential rise in cases after unrest last week following the jailing of former President Jacob Zuma.

“The government is really pushing for the registration of people over the age of 35,” Al Jazeera’s Fahmida Miller reported from Johannesburg.

The seven-day average of new cases in the United States is up 53 percent over the previous week, US Centers for Disease Control and Prevention Director Rochelle Walensky said on Thursday.

Some hospitals around the United States are reaching their capacity limits as cases of COVID-19 continue to surge, Walensky said.

The uptick in cases is concentrated in regions of the United States with lower vaccination rates.

Israel’s prime minister Naftali Bennett on Thursday called upon hundreds of thousands of citizens who have not yet been vaccinated against the coronavirus to get the shot as new infections climbed precipitously in recent weeks.

Just a few weeks ago, Israel lifted almost all remaining virus restrictions but the arrival of the Delta variant has forced the government to reimpose the measures, including an indoor mask mandate.