Gwyneth Paltrow is at it again! The 47-year-old Goop founder announced on Tuesday that her beauty and healthcare company has created a new candle fragrance.

Appearing on The Tonight Show Starring Jimmy Fallon, Paltrow talked first about her headline-making candle, "This Smells Like My Vagina."

"The idea was it was sort of punk rock, feminist," she tells Fallon of the scent. "We have a new one, which actually might be more for you to give to your wife."

The new candle is called "This Smells Like My Orgasm," and comes in a box covered in fireworks. 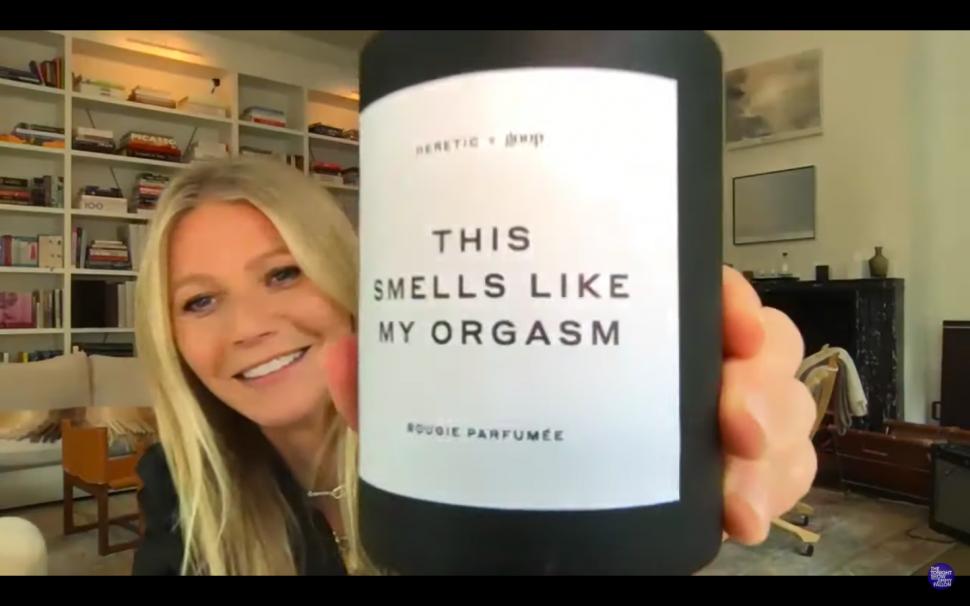 According to the Goop site, the candle retails for $75 and is made of "tart grapefruit, neroli, and ripe cassis berries blended with gunpowder tea and Turkish rose absolutes." The scent is described as "sexy, surprising, and wildly addictive."

Paltrow's "This Smells Like My Vagina" candle previously sold out twice on the Goop website, though it is now back in stock.

"One day we were smelling different fragrances, joking around, and I said, I smelled something ...as a joke," Paltrow previously told Jimmy Kimmel, pointing to the candle's name. "But then I was like, 'Wouldn't that be cool if somebody actually had the guts to do that?' What a punk rock, feminist statement to have that on your table. And then he made it! I thought he just made me one as a joke, but then the next thing I knew it was on my website."