Gujarat Rajya Sabha elections: Fielding of candidates, where things stand, what is at stake

Congress leaders stage a dharna at a resort in Rajkot on Sunday. (Photo: Chirag Chotaliya)

Elections to 18 Rajya Sabha seats, which were postponed after the global Covid-19 outbreak, will be held on June 19. Gujarat and Andhra Pradesh have four seats each to fill; Madhya Pradesh and Rajasthan three seats each; and Jharkhand two. Elections will also be held for a seat each from Manipur and Meghalaya.

Ahead of the vote, political activity has picked up pace in Gujarat, and three Congress MLAs have resigned in the past few days, adding to the desertions seen earlier in March.

The Congress now has 65 MLAs in the 182-member House, 12 fewer than the 77 seats it won in the 2017 elections to the state Assembly. These 65 MLAs were on Saturday (June 6) packed off to three resorts in Ambaji, Rajkot, and Vadodara to secure them from BJP attempts at “poaching”.

Here’s the big picture on what is happening, and why.

The return of political activity in state

Elections to four Rajya Sabha seats in Gujarat were due on March 26. Due to retire on April 9 were Chunibhai Gohel who belongs to Junagadh district, Shambhuprasad Tundiya from Ahmedabad, and Lalsinh Vadodia from Anand district (all from the BJP), and the veteran Congressman and AICC general secretary Madhusudan Mistry.

Ahead of the elections, five Congress MLAs resigned from the Assembly, and the Congress herded the remaining 68 to a resort, Hotel Shiv Vilas in Jaipur in Congress-ruled Rajasthan, to protect its votes.

But then the coronavirus struck, the country went into a national lockdown on March 24, and all elections were postponed.

After the Election Commission announced June 19 as the fresh date for the election, the Congress’s problem of desertions returned. Two MLAs – Akshay Patel from Karjan in Central Gujarat and Jitu Chaudhary from Kaprada in South Gujarat – resigned on June 3, reducing the party’s Assembly number to 66.

More were rumoured to be quitting – and on June 5, a third MLA, Brijesh Merja, tendered his resignation to Speaker Rajendra Trivedi, and also gave up his primary membership of the Congress party.

The resignations from the Assembly matter in the Rajya Sabha election because with the total number of MLAs coming down, the number of votes needed for a candidate to win also comes down, as per the formula.

The votes both BJP and Congress want

The Gujarat Assembly, whose strength is 182, is currently left with 172 MLAs (not counting the Speaker) – of which 103 are from the BJP, 65 Congress, 1 Nationalist Congress Party (NCP), 1 Independent, and 2 Bharatiya Tribal Party (BTP).

Each candidate needs 35 votes to win. As of now, the Congress is four votes short of winning two seats, while the BJP needs two more votes to retain its three seats.

There are four votes in the Assembly which both parties are eyeing to bridge the shortfall.

Two of these are MLAs of the BTP, which was founded by MLA and tribal leader Chhotu Vasava and his son Mahesh following a split in the Janata Dal (United), which Chhotu earlier represented. Chhotu is believed to have helped veteran Congressman Ahmed Patel enter Rajya Sabha in 2017.

However, the equations between the Vasavas and the Congress have changed since. Ahead of the Lok Sabha elections last year, the Congress tried to strike a deal with Chhotu by proposing that he contest on the hand symbol – but he did not agree.

In the 2019 Rajya Sabha elections, in which External Affairs Minister S Jaishankar was a candidate, the father-son duo voted against the Congress, although they denied it in public. Two Congress MLAs, Alpesh Thakor and his associate Dhavalsinh Zala too, cross-voted – and later quit the party and joined the BJP.

The third vote is that of Kandhal Jadeja, the NCP MLA from Kutiyana who has been voting for the BJP since 2017.

In 2019, in spite of a whip issued by the NCP state president Shankersinh Vaghela to vote for the Congress, Jadeja, according to Chief Minister Vijay Rupani, had voted for the BJP.

The fourth vote up for grabs is that of Jignesh Mevani, the Independent legislator who is a fierce critic of the BJP, and very close to Congress’s Hardik Patel.

Why the Rajya Sabha election is important

Of the seven seats Gujarat has in Rajya Sabha currently, four are held by the BJP, and the rest by the Congress. The Rajya Sabha elections had been a tame affair until August 2017, when Ahmed Patel faced a fierce contest from a Congress turncoat, Balwantsinh Rajput, whom the BJP nominated as its third candidate for the three vacancies. The other two seats were won by then BJP national president Amit Shah and Union Minister Smriti Irani.

Congress Leader of Opposition Shankersinh Vaghela led the rebellion by quitting weeks before polling day, and six MLAs followed him – leading to a close contest between Ahmed Patel and Rajput. Rajput challenged Patel’s election in the high court, and the case remains pending.

However the Congress’s improved score in the Assembly elections in December that year when it won 77 seats, against the BJP’s 99, gave it a better chance in the next Rajya Sabha election in 2019, where Union Minister Jaishankar was contesting.

At the time of this election, the Gujarat Assembly had 175 MLAs – 100 of the BJP, 71 Congress, 2, BTP, 1 NCP and 1 Independent. The equations have changed after some MLAs won Lok Sabha seats vacating their Assembly seats. However, the two Congress candidates, Gaurav Pandya and Chandrikaben Chudasama, got 70 votes each, against BJP candidates Jaishankar who got 104, and Jugal Thakor who got 105 votes. Mevani had voted for the Congress.

“They are preparing for the upcoming local body polls which are due later this year… the BJP obviously aims to ensure that the Congress has as few seats as possible to even contest. So, with only one seat to fight for the Congress now, the BJP will also try to have as many MLAs within the Congress who are willing to vote against the party. It is about prestige and numbers,” a senior leader said.

The BJP’s not-so-unknown closeness to the NCP, which has a small presence in the state but has a significant role when voting numbers matter, is also a factor. The party is looking at a stronger hold on Anand district, which has been a Congress bastion and home to Bharatsinh Solanki as well as GPCC president Amit Chavda, and feels the NCP’s support can help its cause, which could also be a reason why the NCP replaced Vaghela as its state unit president to appoint former MLA from this district Jayant Patel alias Boskey. The Congress has seen the district slowly slip away over the past three years. The BJP has also been wishing for complete control over Amul Dairy, which had been under Congress control for several years, until former Congress MLA from Thasra Ramsinh Parmar, the chairman of Amul, defected to the BJP ahead of the 2017 RS polls.

The BJP has nominated well-known lawyer Abhay Bhardwaj from Rajkot, and former government officer Ramilaben Bara, a tribal from Sabarkantha, as its candidates, while the Congress candidates are national spokesperson Shaktisinh Gohil and former Union minister Bharatsinh Solanki. However, the equations changed when the BJP announced a third candidate in Narhari Amin, a former Congress veteran and a Patidar, who joined the party in 2012.

The Congress will have to fight not just the BJP but also the disenchantment of its ranks with its leaders. Dilip Bhatt, former district president of the Vadodara Congress, says that the party’s leaders are “extremely unhappy” with the GPCC, especially the leadership of its president Amit Chavda, who is “disconnected” from the grassroot workers, and who has been accused multiple times by different leaders of being inaccessible. “We have made it clear that we don’t see Bharatsinh Solanki as a leader (although he has been a GPCC president). We want Shaktisinh to be elected to RS,” Bhatt told this paper. 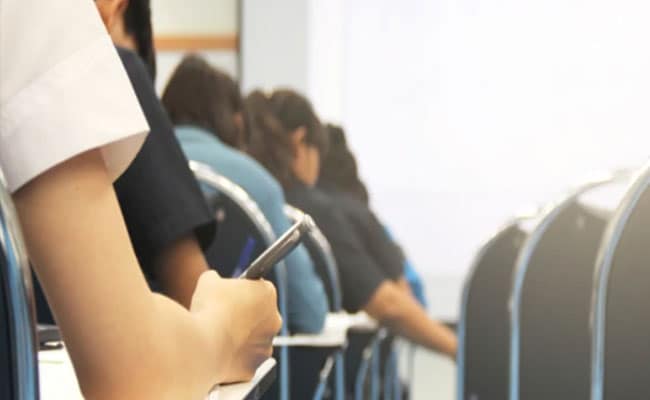