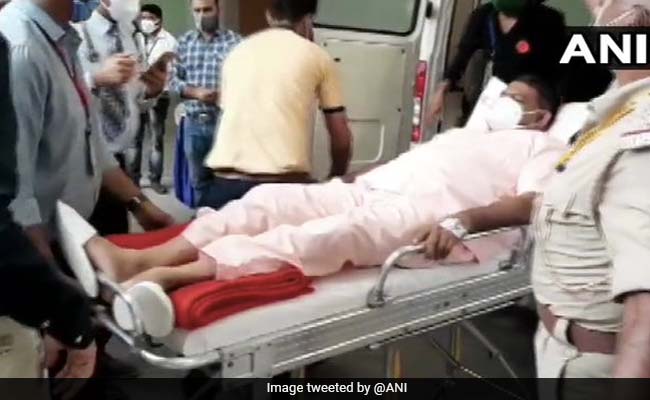 The MLA was hospitalised following a health issue reached the polling booth directly from the hospital.

Voting for elections to fill the vacant 18 seats in Rajya Sabha began today. The polls to the Upper House seats from seven states were earlier scheduled to be held on March 26. However, they were deferred in view of the COVID-19 outbreak.