The guitar used by Nirvana frontman Kurt Cobain during the band's famous MTV Unplugged concert in New York has sold for $6m (£4.85m) at auction.

The 1959 Martin D-18E featured in the grunge group's acclaimed acoustic performance in November 1993, five months before Cobain's death at the age of 27. 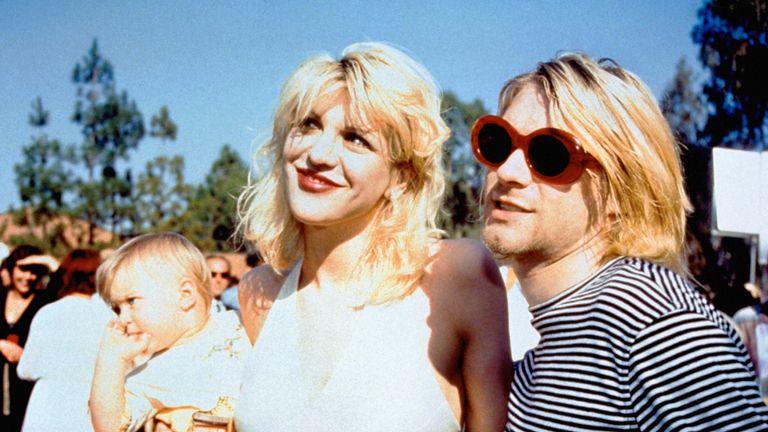 Image: Cobain with Courtney Love and their daughter Frances Bean in 1993

There had been fevered interest in the guitar in the weeks leading up to the sale.

It was sold to Australian Peter Freedman, owner of Rode Microphones, at the Music Icons event run by Julien's Auctions in Beverly Hills, California.

Cobain also used the guitar on the band's Unplugged live album, and songs including About A Girl and All Apologies. 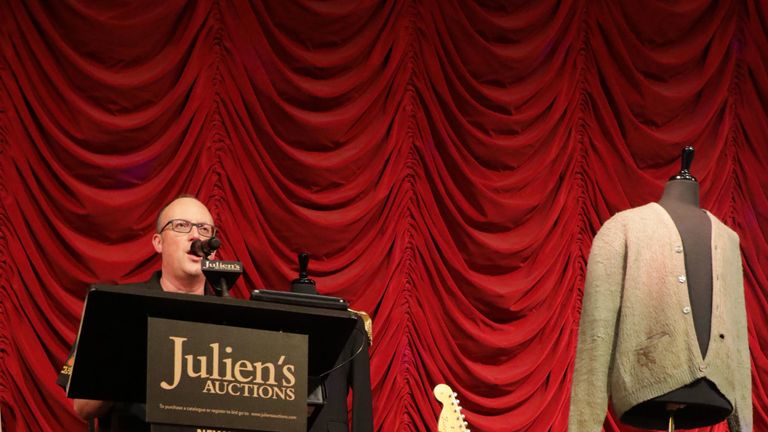 Image: Last year, the cardigan he wore during the gig was sold for a record $334,000 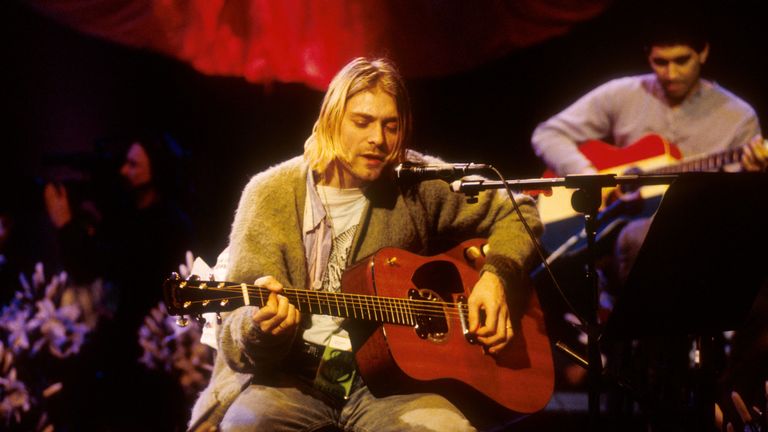 Image: Cobain also used it on songs including About A Girl and All Apologies

Items that belonged to other iconic musicians were also sold at the auction, including a blue guitar played by Prince at the height of his fame in the 1980s and 1990s.

The custom-made instrument had previously been thought to have been lost during the four years since his death from an overdose at age 57 in 2016.

A macrame belt worn by Elvis Presley and an ivory gown worn by Madonna in her 1990 Vogue video were also snapped up by fans.