Growing calls for reparations as US reckons with racial injustice

When California state assemblywoman Shirley Weber introduced a bill last year to study reparations for Black Americans, she was worried people would not accept that racial inequality and injustice were still alive and well.

Instead, the bill came up for a vote two weeks after the death of an unarmed Black man, George Floyd, at the hands of a white police officer spurred a nationwide reckoning on that very topic. It passed the assembly on June 11 with a 56-5 vote.

"Maybe we'll be a model for what can happen at the federal level," Weber told the Thomson Reuters Foundation. 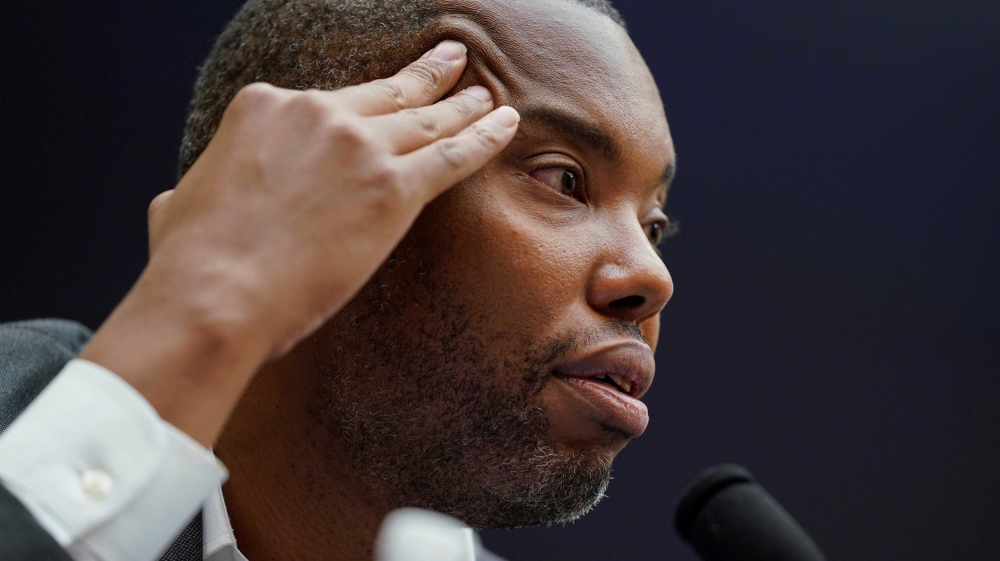 The bill goes next to the California Senate, where she expects it to pass and then be signed into law by the governor.

The idea of reparation is nothing new and has been used around the world to compensate victims of war, rape, terror and a host of other historical injustices.

Yet the United States has never made much headway in its discussions of whether or how to compensate African Americans for more than 200 years of slavery inflicted on their ancestors by white people. In the subsequent decades, racial inequality in wealth, housing, healthcare and education has persisted.

Some Democrats want a commission to look into reparations, but the bill that would do this - HR-40 - has been on the table for decades and never garnered broad support.

Now that Floyd's death has shed light on racial inequality, advocates say support for reparations is up. Like Weber, many do not plan to wait for the federal government to make a move.

"There are a lot of things happening locally," said Justin Hansford, a law professor and director of the Thurgood Marshall Civil Rights Center at Howard University.

"Reparations are going to happen locally first, and then later on, there's likely to be a national response as well." 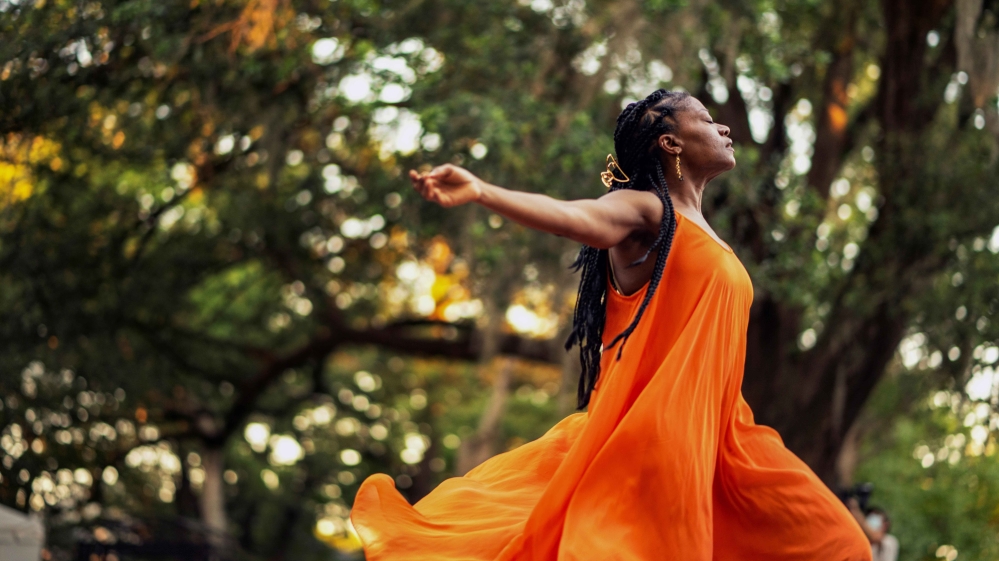 Nikki Hefko, director of the New Orleans School of Ballet, performing during a celebration of Juneteenth, a holiday that marks the end of US slavery in 1865, in New Orleans, Louisiana [Kathleen Flynn/Reuters]

In partnership with Columbia University, Howard University last week launched a project to identify and support local efforts to provide redress to Black Americans - both for slavery and for racially motivated crimes.

Called the US African American Redress Network, it details more than 100 efforts to make good, ranging from public apologies to compensation in the form of scholarships or cash.

There are several cases of reparations being paid to African Americans which advocates say could serve as a blueprint.

In the earliest example, the state of Florida in 1994 awarded payment and free college tuition to descendants of the victims of a massacre 71 years earlier, when a white mob burned their town to the ground.

Georgetown University and Virginia Theological Seminary are among schools pledging to offer funds for descendants of the slaves that built them or were sold to finance them.

And last year, the city of Evanston, in Illinois, created a reparations fund to bridge the racial wealth gap among its residents, funded by taxes on cannabis.

There are many different ways to pay reparations, but what matters is the intent, said Weber, the assemblywoman.

"That's normally what people do who believe that others have been wronged. You try to figure out how you can level the playing field," she said.

Even private industries donating to racial justice funds can be seen as a form of reparations, said Hansford.

"To me, that is acknowledgement that there needs to be an investment in order to get healing," he said.

Big companies from Bank of America to PepsiCo have pledged millions on addressing racial inequality since Floyd's death.

In the United Kingdom, insurer Lloyd's of London and the pub chain Greene King have apologised for their role in the slave trade and also said they will invest in Black communities and talent.

The national bill has more backing than ever, but not among Republicans, whose vote it would need to pass the Senate.

Senate Majority Leader Mitch McConnell says reparations are a bad idea because "none of us currently living are responsible" for slavery.

Lawmakers in at least five states have introduced their own legislation to explore the issue.

"Some of the political actors do believe that they have a better chance of passing these bills in the midst of the current wave of protests," said William Darity, a professor at Duke University who co-authored a book on reparations.

Small-scale initiatives are admirable, but anything less than a national effort will be insufficient to close the racial wealth gap, said Darity.

The average Black household has a net wealth $800,000 lower than the average white household, he estimates. 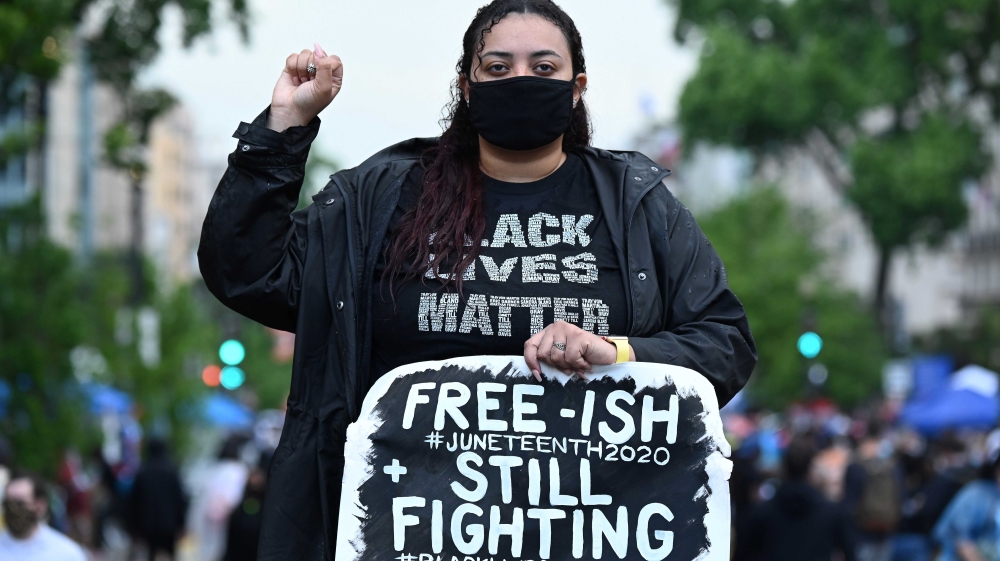 Aneisha Felton raising her fist while holding a sign during a protest to mark Juneteenth, near the White House, in Washington, DC [Erin Scott/Reuters]

"The states and the localities, they just don't have the capacity to meet that task," said Darity, who suggests giving each of the roughly 40 million Black Americans descended from slaves up to $250,000 in a trust.

"It's the federal government that should be the culpable party because [it] created the legal and the authority framework that permitted all of these atrocities to take place," he added.

Globally, there are precedents.

Germany paid millions to Holocaust survivors and South Africa compensated apartheid victims. Family members of disappeared Colombians, rape survivors, and those displaced in the country's armed conflict have been compensated since 2011.

In response to protests against racial inequality, the top United Nations official for human rights called on countries to make amends for racist violence through reparations.

"There's no amount of money that can be paid, really, to fully repair," said Arif Ali, a lawyer who was part of a UN team on compensation for victims of Iraq's 1990 invasion of Kuwait.

Ali said that under international law, the US was obliged to pay - it is now just a matter of working out how.

"The experience of other countries is a reference point," he said. "Where there's a will, there's a way."

According to Reuters/Ipsos polls this month, only one in five respondents agreed the US should use "taxpayer money to pay damages to descendants of enslaved people in the United States".

The poll showed clear divisions along partisan and racial lines, with only one in 10 white respondents supporting the idea and half of the Black respondents endorsing it.

Republicans were heavily opposed, at nearly 80 percent, while about one in three Democrats supported it. The poll did not ask respondents why they answered the way they did. Other critics have said too much time has passed since slavery was outlawed, and expressed confusion about how it would work.