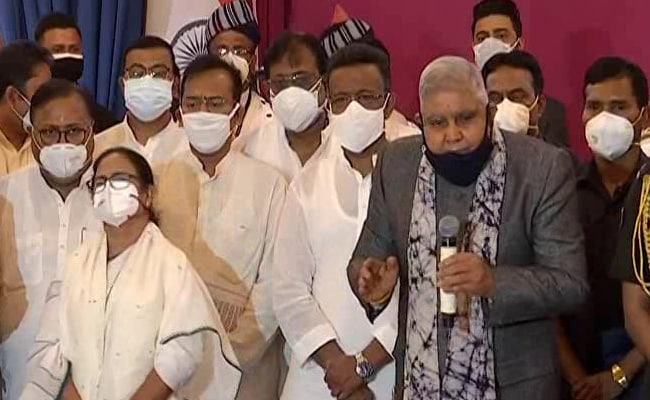 Moments after swearing in Mamata Banerjee for her third straight term as Bengal Chief Minister, Governor Jagdeep Dhankhar sent out a sharp message to her on the post-poll violence in Bengal.

"You have to rise above partisan interests. I am sure you will script a new governance pattern," he said.

Since the election verdict on Sunday, there have been clashes involving both the Trinamool Congress and the BJP. Both parties have traded blame for the violence.

Mamata Banerjee had, moments before, said her first priority would be to tackle Covid and the second - to appoint new officers to address the law and order situation.