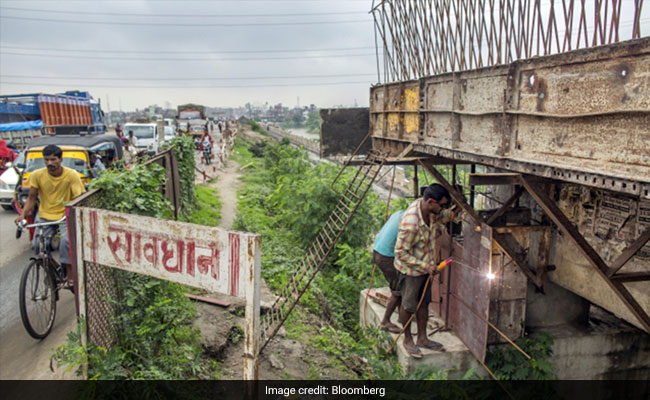 The rural program involves employing people for local public-works projects such as road-building.

India is considering extending its flagship jobs program in villages to workers in cities left unemployed by the pandemic-induced lockdowns, a government official said.

The program, when approved, may be rolled out in smaller cities and initially cost about 350 billion rupees ($4.8 billion), said Sanjay Kumar, a joint secretary in the Ministry of Housing and Urban Affairs.

"The government has been considering this idea since last year," he said. "The pandemic gave a push to this discussion."

Prime Minister Narendra Modi's government is already spending more than 1 trillion rupees on a rural jobs program this year, under which workers in the hinterland can earn a guaranteed minimum daily wage of 202 rupees for at least 100 days a year. An urban version of the plan will soften the blow on citizens most affected by the coronavirus fallout, which has set Asia's third-largest economy on course for its deepest contraction in history.

The rural program involves employing people for local public-works projects such as road-building, well-digging and reforestation. It now covers more than 270 million people and was used as a tool to provide employment to migrant workers returning from cities amid the lockdown. 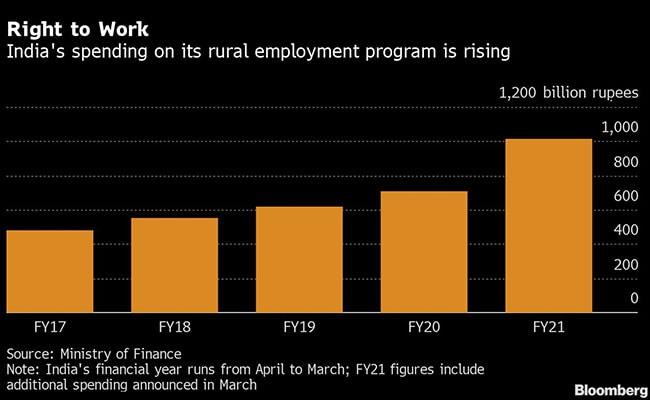 More than 121 million people lost jobs in April, pushing the unemployment rate to a record 23%, according to the Centre for Monitoring Indian Economy Pvt.

That said, Covid-19 also decimated livelihoods in urban India, creating a new underclass of workers who are being pushed into poverty, according to an analysis by the London School of Economics.

More than 121 million people lost jobs in April, pushing the unemployment rate to a record 23%, according to the Centre for Monitoring Indian Economy Pvt. But the jobless rate has since fallen as the economy reopened.

"A national level commitment to overcome the livelihood crisis is therefore essential for preventing urban workers from falling into poverty and for countervailing the sharp and sudden rise in inequality," wrote Shania Bhalotia, Swati Dhingra and Fjolla Kondirolli, the authors of the report -- 'City of dreams no more: The impact of Covid-19 on urban workers in India' -- published by LSE's Centre for Economic Performance.

The program would give a demand boost for the economy, said Ashima Goyal, a professor at the Indira Gandhi Institute of Development Research in Mumbai, and an adviser to PM Modi.