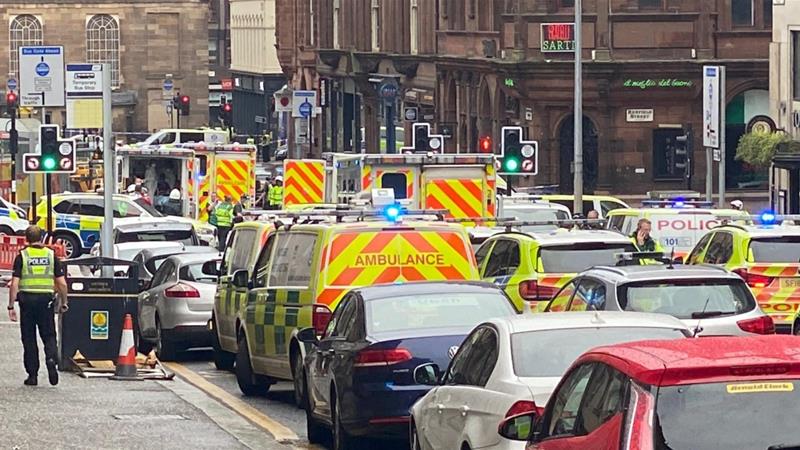 There is a heavy police presence on West George Street [Reuters]

Scottish police have said a male suspect had been shot dead in a stabbing incident in Glasgow's city centre and that six people including a police officer had also been injured.

Police Scotland's Assistant Chief Constable Steve Johnson said on Friday the situation was contained and the wider public was not at risk.

"I would like to reassure the public that at this time we are not looking for anyone else in relation to this incident."

Police Scotland later said on Twitter that the suspect who was shot by armed police had died.

"Six other people are in hospital for treatment to their injuries including a police officer, who is in a critical but stable condition," the statement said.

Earlier, the Scottish Police Federation, which represents Scottish police officers, said the family of the injured officer was notified.

UK's Sky News broadcaster reported based on a witness account that at least three people were injured in the incident.

The witness said she had seen people covered in blood being treated by emergency services and armed police on the scene at about 12:15 GMT.

Meanwhile, the BBC reported three deaths. "It is believed three people have died after being stabbed in the stairwell of a hotel," the public broadcaster said.

There is a heavy police presence on West George Street with more than a dozen police vehicles in attendance.

Images on social media appear to show armed police entering a building and a large number of emergency vehicles outside.

Scottish First Minister Nicola Sturgeon said the reports are "truly dreadful" and that she is being updated.

UK's Prime Minister Boris Johnson said he was "saddened" by the incident.

"Deeply saddened by the terrible incident in Glasgow, my thoughts are with all the victims and their families," Johnson said in a tweet. "Thank you to our brave emergency services who are responding." 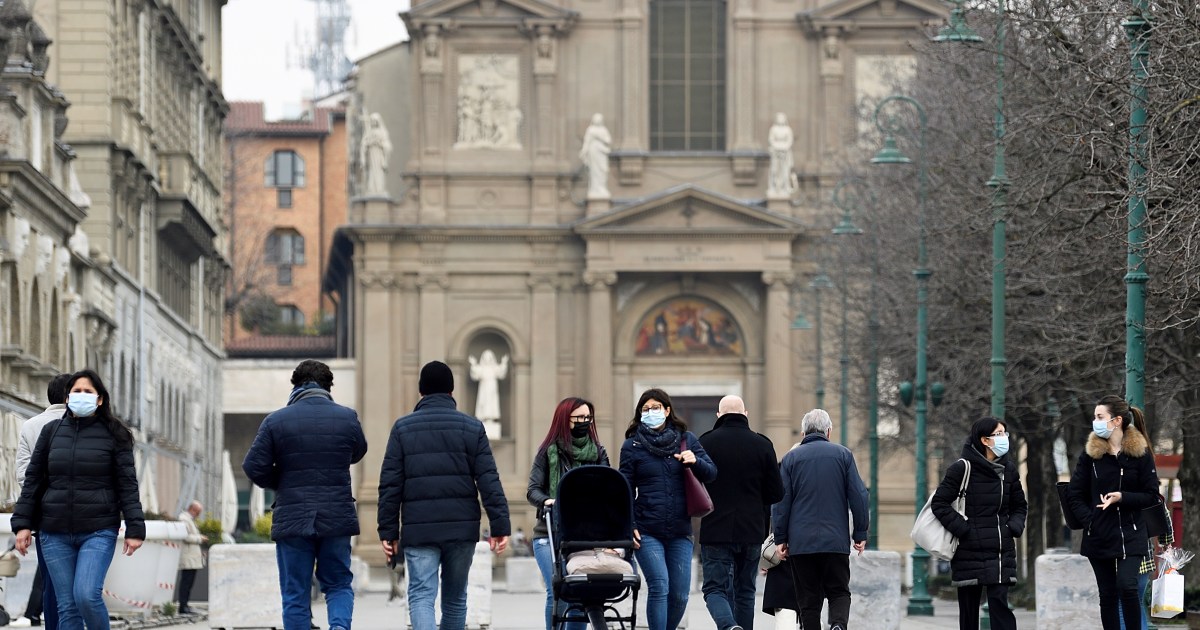