A seven-year-old girl has been killed in her home after security forces opened fire in Myanmar’s second-largest city, Mandalay – the youngest victim so far in the military’s violent crackdown against opposition to last month’s coup.

The girl was reportedly sitting on her father’s lap when soldiers entered their home on Tuesday and tried to shoot him, her sister told the Myanmar Now news agency. Two men were also killed in the township, the report said.

Staff at a Mandalay funeral service told the Reuters news agency that the seven-year-old girl had died of bullet wounds in Chan Mya Thazi township on Tuesday.

WE WONT LET THEM GOVERN!

The City of Bago is on #SilentStrike to show the military junta that #OurCityOurRuleOurWill. We can shut down the cities or flood the streets with ocean of people.#ငါတို့မြို့ငါတို့ပိုင်တယ်ငါတို့သဘော #WhatsHappeninglnMyanmar #Mar24SilenceStrike pic.twitter.com/B4BUr42kxz

The military had no immediate comment on the incident.

The military government has accused pro-democracy protesters of arson and violence during the weeks of unrest and said it was using the least force possible to quell the daily demonstrations.

On Tuesday, military government spokesman Zaw Min Tun expressed sadness at the loss of life and said 164 protesters had been killed in total.

The Assistance Association for Political Prisoners (AAPP) activist group says at least 261 people have been killed in the security forces’ crackdown.

At least 20 children have been killed in the violence in what Save The Children, a humanitarian group, has described as a “complete disregard for human life by security forces.”

Tun Tun Aung was inside his home in a “squatters area” and was not involved in the protest when he was killed. The boy was buried on Tuesday.

My Art for 14-year-old Tun Tun Aung Hs was shot and killed by the junta in #Myanmar on Monday during a military raid on the Mya Yee Nandar housing complex.
RIP boy, there is no junta in heaven.
Cus they will all rot in hell.#WhatsHapppeningInMyanmar #MilkTeaAlliance pic.twitter.com/n9i9h4Qnts

“They are also our citizens,” Zaw Min Tun told a news conference in the capital Naypyidaw, a day after the European Union and the United States imposed more sanctions on groups or individuals linked to the February 1 coup that removed the elected government of Aung San Suu Kyi.

As night fell, candlelight vigils were held in the commercial capital Yangon and other cities.

The military government has faced international condemnation for staging the coup that halted Myanmar’s slow transition to democracy and for its lethal suppression of the continuing protests.

It has tried to justify the takeover by saying last November’s election, which Aung San Suu Kyi’s National League for Democracy (NLD) won in a landslide, was fraudulent – an accusation the electoral commission has rejected. Military leaders have promised a new election but have not set a date and have declared a state of emergency.

The military government’s Zaw Min Tun blamed the bloodshed on the protesters and said nine members of the security forces had been also killed.

“Can we call these peaceful protesters?” he said while showing a video of factories on fire. “Which country or organisation would regard this violence as peaceful?”

He said strikes and hospitals that were not fully operating had caused deaths, including from COVID-19, calling them “undutiful and unethical”.

On Wednesday, demonstrators began a “silent strike”, part of an attempt by the civil disobedience movement to find new ways of protesting that do not put people at risk of military violence.

Tens of thousands of businesses and other establishments were forced to shut as a result of the strike, leaving many cities and towns at a standstill.

In a more than three-hour news conference on Tuesday, the spokesman also accused media of “fake news” and fanning unrest. He said reporters could be prosecuted if they were in contact with the Committee Representing Pyidaungsu Hluttaw or CRPH, as the remnants of Aung San Suu Kyi’s government are known.

The military has declared the CRPH an illegal organisation and said membership is punishable by death.

The spokesman claimed the NLD had created hundreds or even thousands of extra ballots in numerous townships by inventing voters, including in Aung San Suu Kyi’s own constituency. Videos of people saying they were paid by NLD representatives were also shown.

The NLD has denied making any attempt to rig the election. 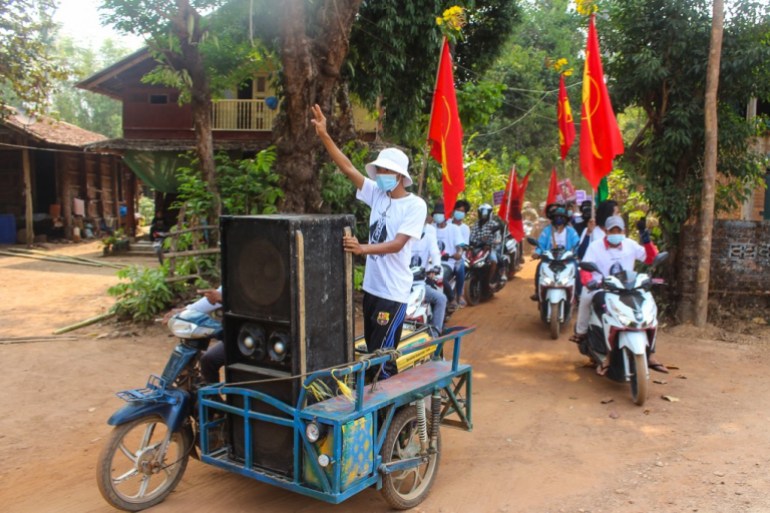 Protesters against the military government march on Tuesday in the village of Dawei in the Tanintharyi region [Handout photo/Dawei Watch via AFP]Aung San Suu Kyi, who won the Nobel Peace Prize in 1991 for her campaign to bring democratic civilian rule to Myanmar, has been in detention since the coup and faces charges that her lawyer says have been cooked up to discredit her.

The European Union and the United States imposed sanctions on Monday against individuals involved in the coup and the repression of the demonstrators.

The 11 people the EU named include General Min Aung Hlaing, the military’s commander-in-chief and now the head of the military government.

The EU already has an arms embargo on Myanmar and has imposed sanctions on some senior military officials since 2018.

Washington had already penalised Min Aung Hlaing and the measures announced on Monday expanded the names on the list.

Some of Myanmar’s neighbours also spoke out against the violence.

“We believe violence against unarmed civilians is inexcusable,” Singapore Foreign Minister Vivian Balakrishnan said in Kuala Lumpur after talks with his Malaysian counterpart.

He said that although they did not believe in external interference in a country’s domestic affairs: “We stand ready to do our best to support the people of Myanmar who, in fact, deserve so much better in the future”.

The military government said it is cooperating with five neighbouring countries – Bangladesh, China, India, Laos and Thailand – and values and respects their words. China has considerable business interests in Myanmar and is a member of the UN Security Council with veto power. 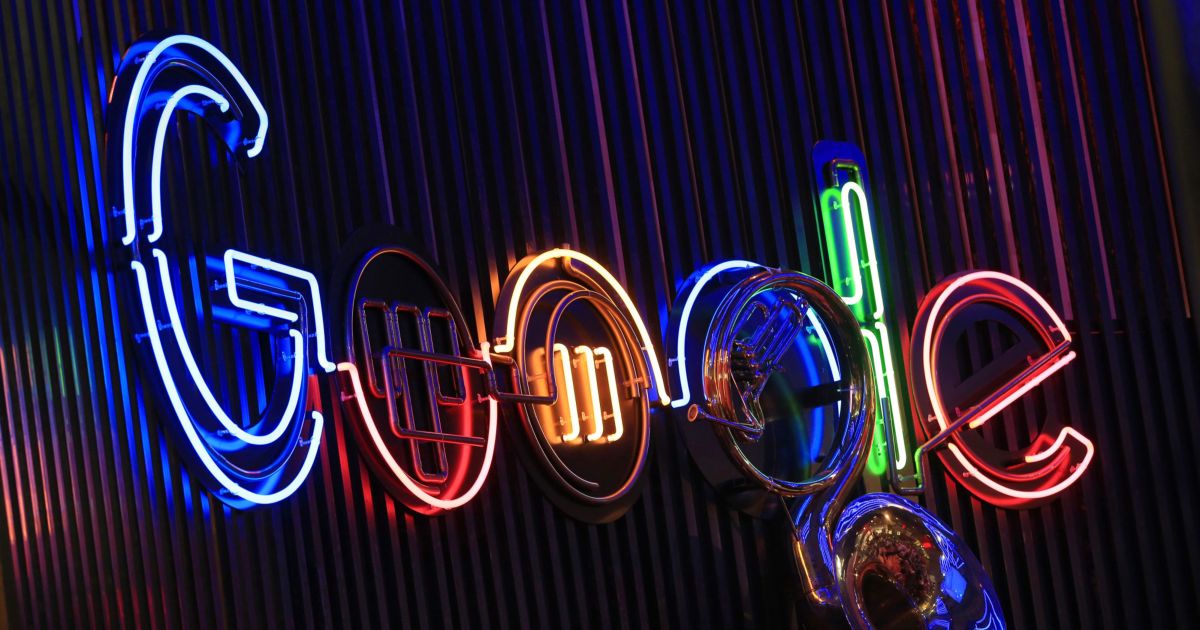 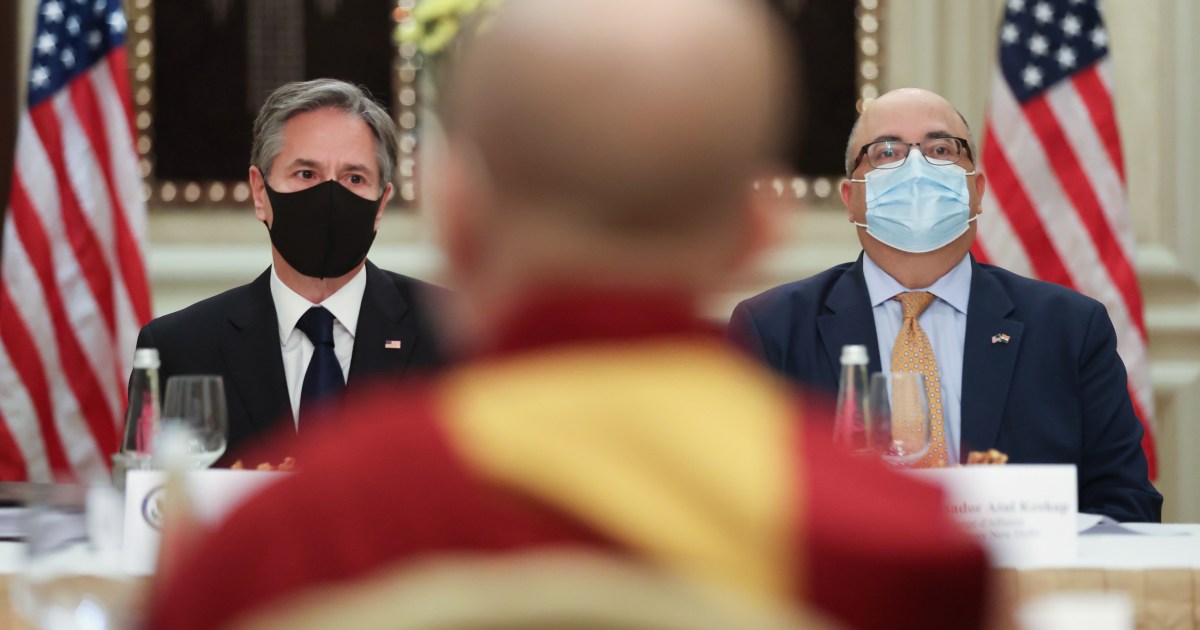