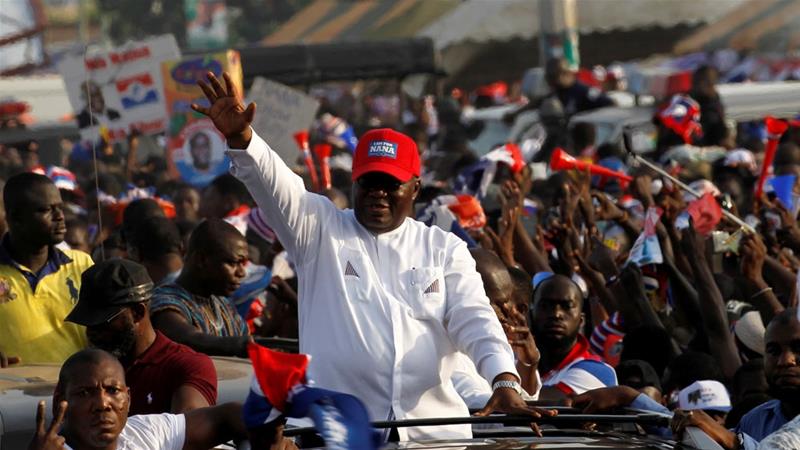 Akufo-Addo unseated Mahama in 2016 with 53.8 percent of the vote [FILE - Luc Gnago/Reuters]

Akufo-Addo, 76, unseated Mahama in 2016 with 53.8 percent of the vote, cementing the West African nation's reputation as a leading democracy in a region that has earned notoriety for political instability.

Akufo-Addo will contest the December 7 poll with Vice President Mahamudu Bawumia as his running mate, the NPP said in a statement on Saturday.

Mahama, 61, who has been chosen by the National Democratic Congress as its candidate, defeated Akufo-Addo in the 2012 presidential race.

Ghana's elections have been historically close, with Mahama narrowly winning against Akufo-Addo in 2012 with 50.7 percent. Akufo-Addo unsuccessfully challenged Mahama's victory in the courts.

Ghana is the world's second-largest producer of cocoa after Ivory Coast and Africa's second-biggest gold producer after South Africa.