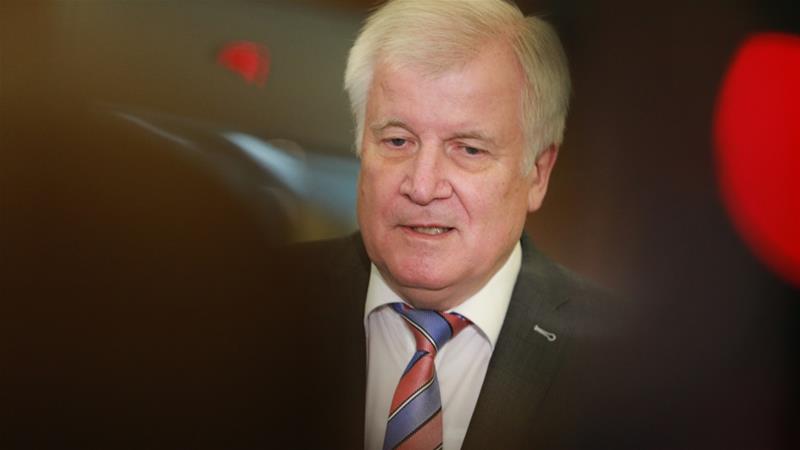 Seehofer made the remarks in a 2018 interview with the DPA news agency [File: Christian Marquardt/Pool/Getty Images]

Germany's Constitutional Court has ruled that Interior Minister Horst Seehofer had breached neutrality rules when his ministry published on its website comments in which he accused the far-right Alternative for Germany (AfD) party of subversion.

Tuesday's largely symbolic ruling is a victory for the AfD, which has been grappling with an internal power struggle.

Seehofer said in a 2018 interview with the DPA news agency that despite declarations by its leaders of being a democratic party, the AfD "stands against this state" and that its verbal attacks against government figures amounted to "subversion".

The AfD took legal action against Seehofer, who is a member of the Christian Social Union (CSU), Bavarian allies of Chancellor Angela Merkel's conservative Christian Democrats (CDU), after his office published the interview on the interior ministry website.

The court said Seehofer's comments did not breach any laws. It added, however, that the publication of the interview on the interior ministry website put the AfD at a disadvantage against other parties and breached neutrality obligations.

"He had as such made use of resources made available to him only because of his office in government," the court said in its ruling, which did not mention any penalties.

"Given that his comments were biased against one party and directed against the claimant, the publication of the interview on the ministry website breaches the law on strict state neutrality."

The interview has been removed from the ministry website.

Seehofer made the remarks about the AfD after Germany's worst far-right riots in decades erupted in the eastern city of Chemnitz in August 2018 following news of the fatal stabbing of a German man by two Arab asylum seekers.

Some AfD members took part in demonstrations in the city denouncing the killing.