Floyd's brother, Philonise Floyd, testified before the House of Representatives Judiciary Committee, along with family lawyer Ben Crump and 10 others at the first congressional hearing to examine the social and political undercurrents that have fuelled weeks of protests nationwide and overseas.

The Minneapolis Police Department will withdraw from police union contract negotiations, Chief Medaria Arradondo said as he announced the first steps in what he said would be transformational reforms to the agency.

Arradondo said a thorough review of the contract is planned. He said the contract needs to be restructured to provide more transparency and flexibility for true reform. The review would look at matters such as critical incident protocols, use of force, and disciplinary protocols, including grievances and arbitration.

He said it is debilitating for a chief when there are grounds to terminate an officer and a third-party mechanism works to keep that person on the street. 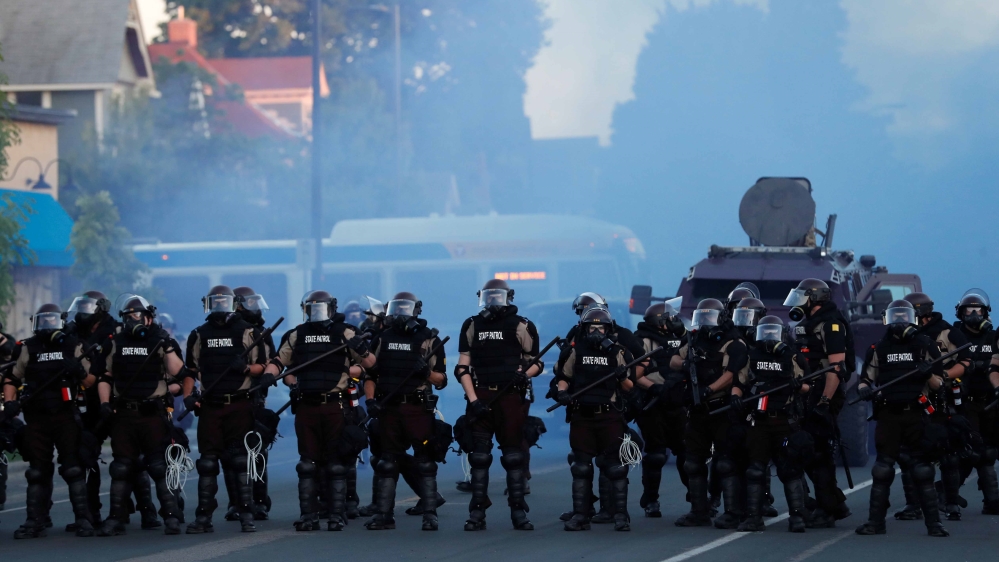 Security forces take position during a protest against the death in Minneapolis police custody of George Floyd, in Minneapolis, Minnesota, US [Lucas Jackson/Reuters]

"This work must be transformational, but I must do it right," Arradondo said of changes to the department.

He also promised new research and strategies to spot and intervene with problem officers.

"We will have a police department that our communities view as legitimate, trusting and working with their best interests at heart," he said, adding that the department has to address issues of racism head-on.

He also reminded the panel that police were called because his brother had allegedly used a counterfeit $20 bill. 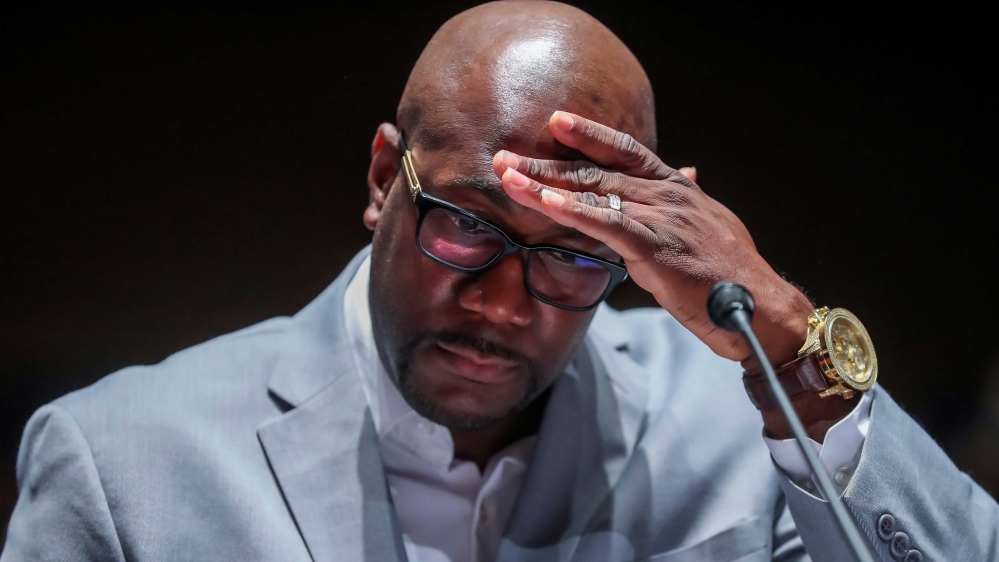 "George wasn't hurt anyone that day. He didn't deserve to die, over $20. I'm asking you. Is that what is that what a black man is worth? $20? This is 2020. Enough is enough. The people watching in the streets are telling you enough is enough," he said.

The Judiciary panel is preparing to shepherd a sweeping Democratic package of legislation aimed at combating police violence and racial injustice, to the House floor by July 4, and is expected to hold further hearings next week to prepare the bill for a full House vote.

George Floyd's brother testified Wednesday at a House Judiciary Committee hearing on issues of racial profiling, police brutality and lost trust between police departments and the communities they serve.

"I'm here today to ask you to make it stop. Stop the pain. Stop us from being tired," Floyd said. "George's calls for help were ignored. Please listen to the call I'm making to you now, to the calls of our family, and to the calls ringing out in the streets across the world."

"If his death ends up changing the world for the better. And I think it will. I think it has. Then he died as he lived. It is on you to make sure his death isn't in vain," he said.

The White House on Wednesday defended President Donald Trump's promotion of an unsubstantiated conspiracy theory about a 75-year-old protester injured by police in Buffalo, saying it was Trump's "prerogative" to raise questions about the incident.

The protester, Martin Gugino, was shoved by police and critically injured when he approached them during a march against racism and police brutality in an incident that was captured on video and led to criminal charges against the officers involved.

Trump, offering no evidence, tweeted on Tuesday that Gugino's fall could be a "set up" with ties to the anti-fascist movement antifa.

Buffalo protester shoved by Police could be an ANTIFA provocateur. 75 year old Martin Gugino was pushed away after appearing to scan police communications in order to black out the equipment. @OANN I watched, he fell harder than was pushed. Was aiming scanner. Could be a set up?

"The president was just raising some questions, some legitimate ones, about that particular interaction. And it's his prerogative to do so," White House spokeswoman Kayleigh McEnany told Fox News on Wednesday.

A lawyer for Gugino called Trump's statement "dark, dangerous, and untrue," according to media reports. Gugino told USA TODAY he had "no comment other than Black Lives Matter" and that he has been released from intensive care and "should recover eventually."

Jack Dorsey, the chief executive of Square Inc and Twitter Inc, said June 19, popularly known as 'Juneteenth', would be a permanent company-wide holiday in the United States to show support for racial diversity.

Both Twitter and Square are making #Juneteenth (June 19th) a company holiday in the US, forevermore. A day for celebration, education, and connection.https://t.co/xmR3fWMiRs

June 19 commemorates the US abolition of slavery by President Abraham Lincoln's Emancipation Proclamation, which was belatedly announced in the state of Texas on June 19, 1865, after the end of the Civil War.

The US top infectious disease expert Anthony Fauci expressed concern that recent mass protests against police brutality and racism would spread the novel coronavirus because of a lack of social distancing.

Fauci, the top US infectious disease expert and member of the White House coronavirus task force, told ABC's "Good Morning America" he isn't surprised that members of the Washington, DC, National Guard who mobilized in response to the protests had tested positive, but he called the development "disturbing." 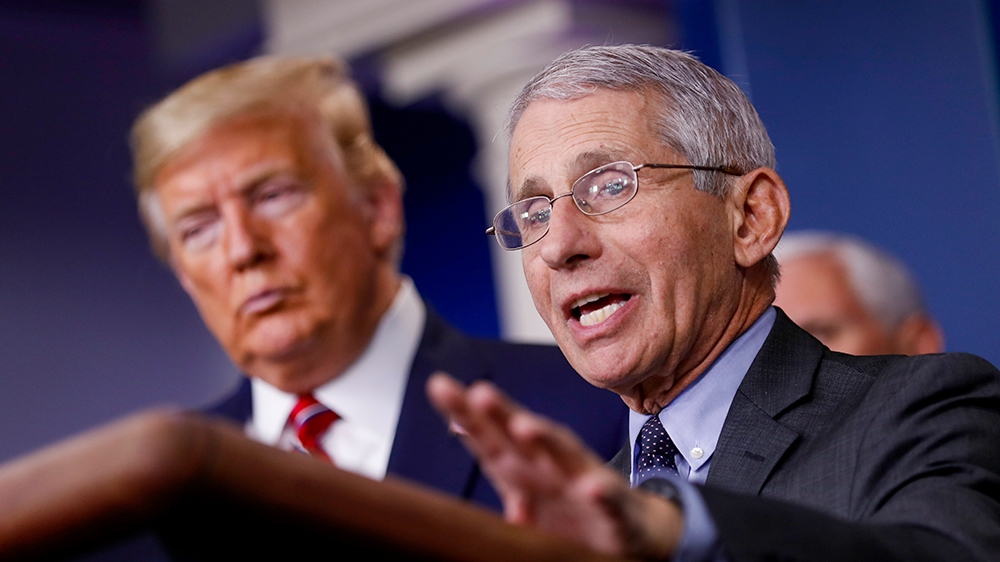 Director of the National Institute of Allergy and Infectious Diseases Anthony Fauci speaking during a Coronavirus Task Force news conference in the briefing room of the White House in Washington, DC [Al Drago/Pool via EPA]

"The issue of physical separation is important. Masks can help, but it's masks plus physical separation, and when you get congregations like we saw with the demonstrations, like we have said - myself and other health officials - that's taking a risk," Fauci said. "Unfortunately, what we're seeing now is just an example of the kinds of things we were concerned about."

Streaming service Netflix announced that it is promoting a new "Black Lives Matter" collection to US subscribers, featuring over 45 movies, television shows and documentaries about racial injustice and the experience of Black Americans.

The collection includes Da 5 Bloods, 13th, When They See Us, Mudbound, Orange Is the New Black, Dear White People, as well as Barry Jenkins' Oscar-winning Moonlight.

With an understanding that our commitment to true, systemic change will take time – we're starting by highlighting powerful and complex narratives about the Black experience.

"When we say 'Black Lives Matter,' we also mean 'Black storytelling matters,'" Netflix said in a tweet. "With an understanding that our commitment to true, systemic change will take time – we're starting by highlighting powerful and complex narratives about the Black experience." 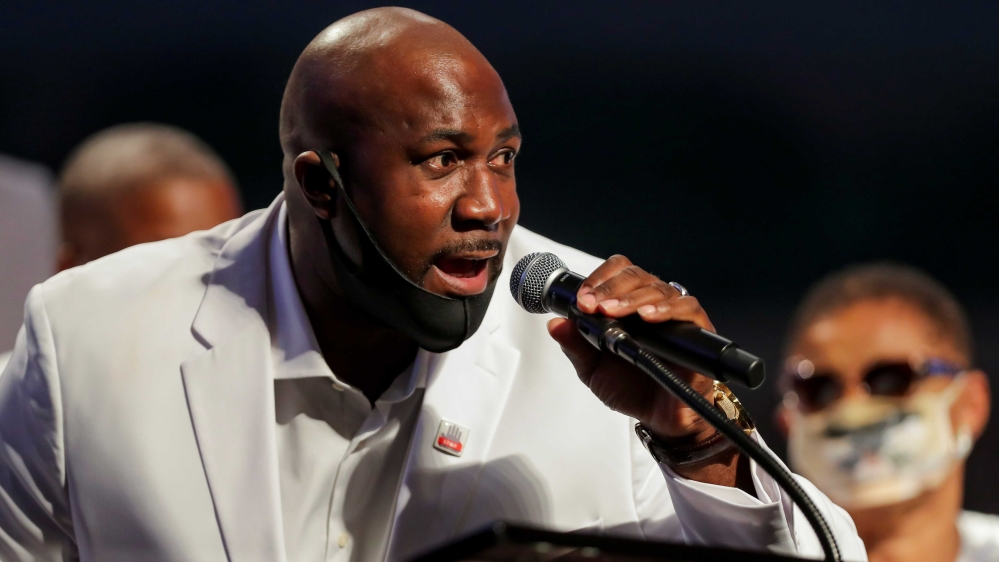 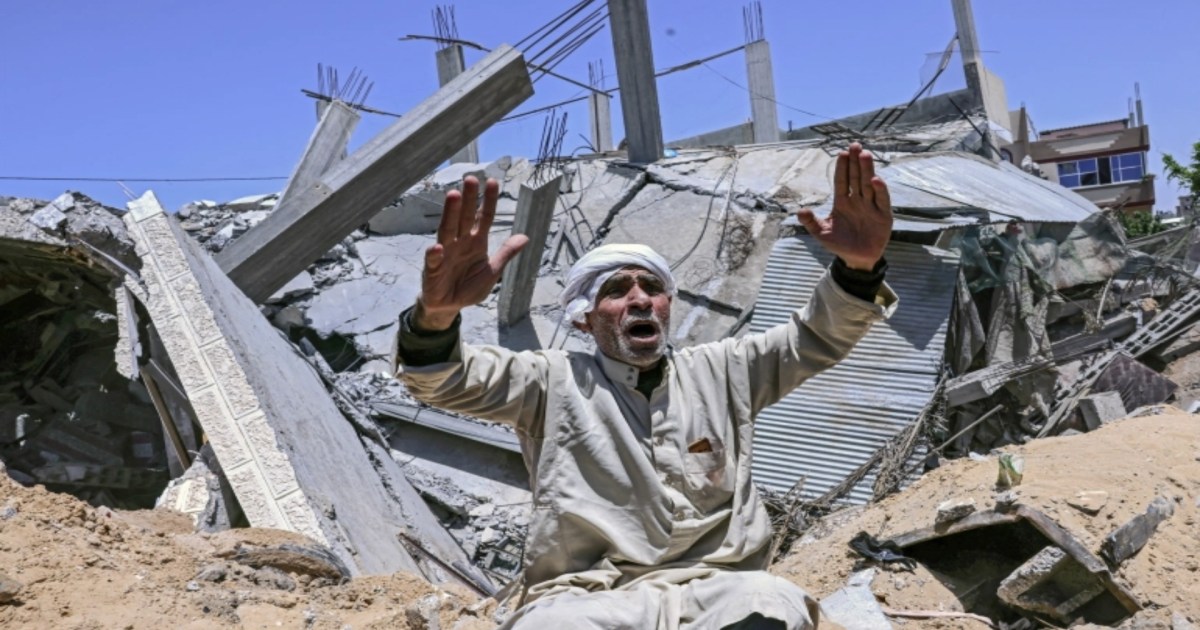 Who controls the media message on the Israel-Palestine conflict? 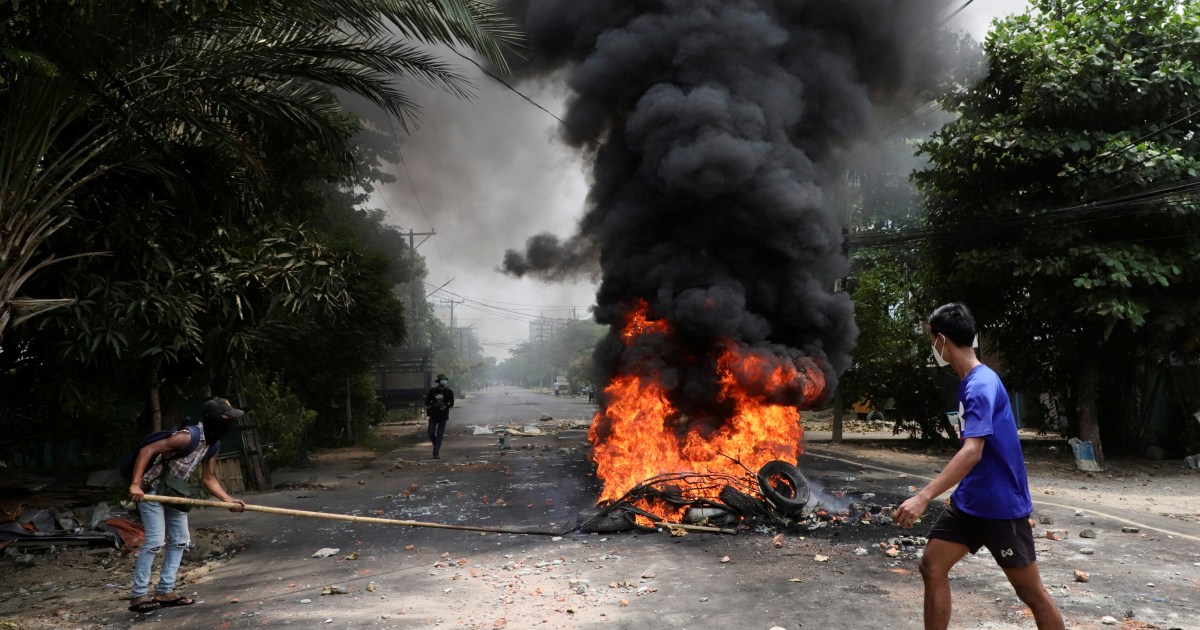 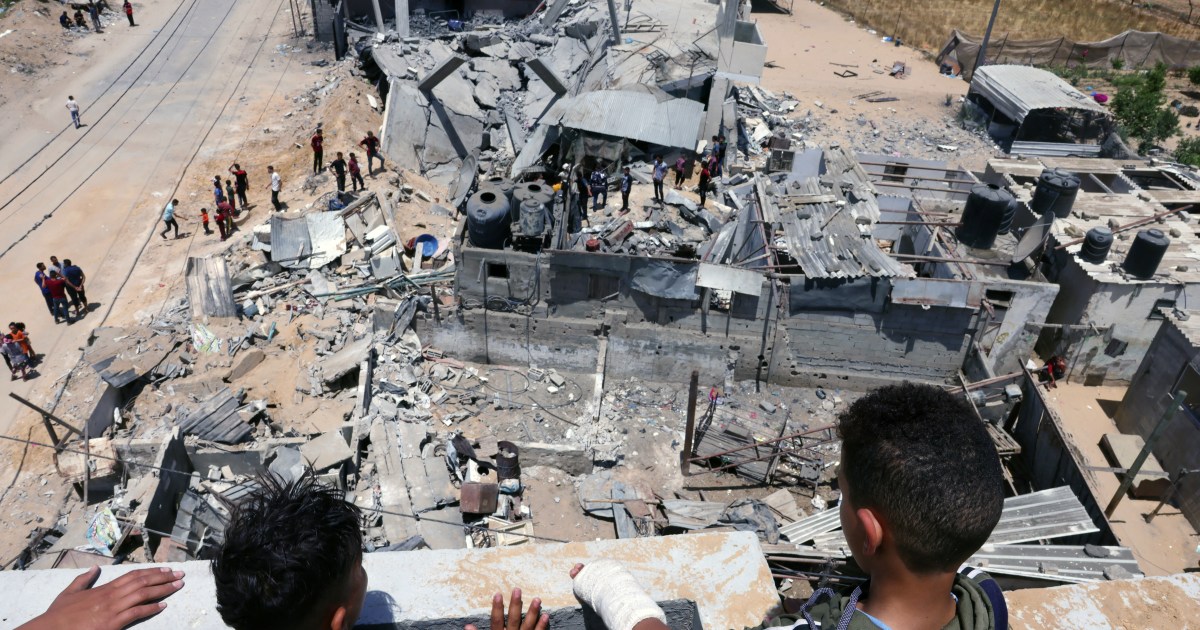