United States congressional Democrats plan to unveil a sweeping package of legislation to combat police violence and racial injustice after two weeks of protests across the nation sparked by George Floyd's death in Minneapolis police custody. The public will be able to view George Floyd's casket on Monday in his hometown of Houston, the final stop in a series of memorials in his honour. Floyd's funeral will be held on Tuesday, followed by burial, where he will be laid to rest next to his mother, Larcenia Floyd. Monday, June 8: 1300 GMT - Democrats unveil 'Justice in Policing' act to make wide-ranging changes to US police policy

The legislation address excessive use of force, qualified immunity and racial profiling, answering calls from protesters across the country after the death of George Floyd and other Black Americans while in police custody.

"It will demilitarize the police by limiting the transfer of military weaponry to state and local police departments," said Nancy Pelosi, the speaker of the US House of Representatives.

It also proposes banning 'no-knock' warrants, that allow police officers to enter a residence without warning. The legislation would require support by US Republicans who control the upper house of the legislature. 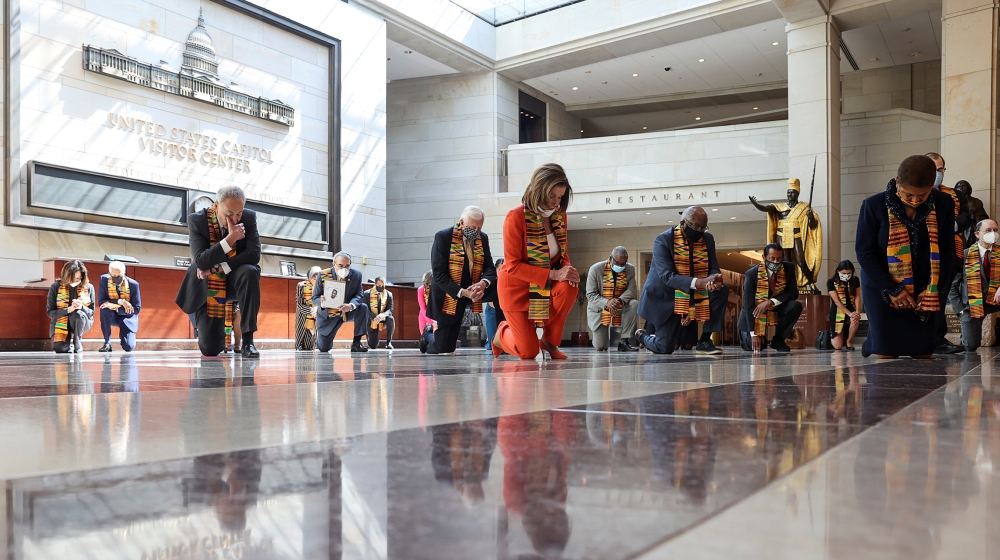 Members of the US Congress went down on one knee in Emancipation Hall in the US Capitol building, in silence for eight minutes 46 seconds - the length of time that George Floyd spent pinned down by three police officers on a Minneapolis street corner. He was pronounced dead shortly afterwards.

Floyd's death has sparked worldwide protests that call for an end to police brutality and what many protestors call systemic racism in US police forces.

Demonstrators have been calling for the defunding or dismantling of police forces and a shifting of their budgets to community, education or other programmes.

US congressional Democrats plan to unveil a sweeping package of legislation to combat police violence and racial injustice.

The proposal is expected to ban police chokeholds and racial profiling, require nationwide use of body cameras, subject police to civilian review boards and abolish the legal doctrine known as qualified immunity, which protects police from civil litigation, according to congressional sources. 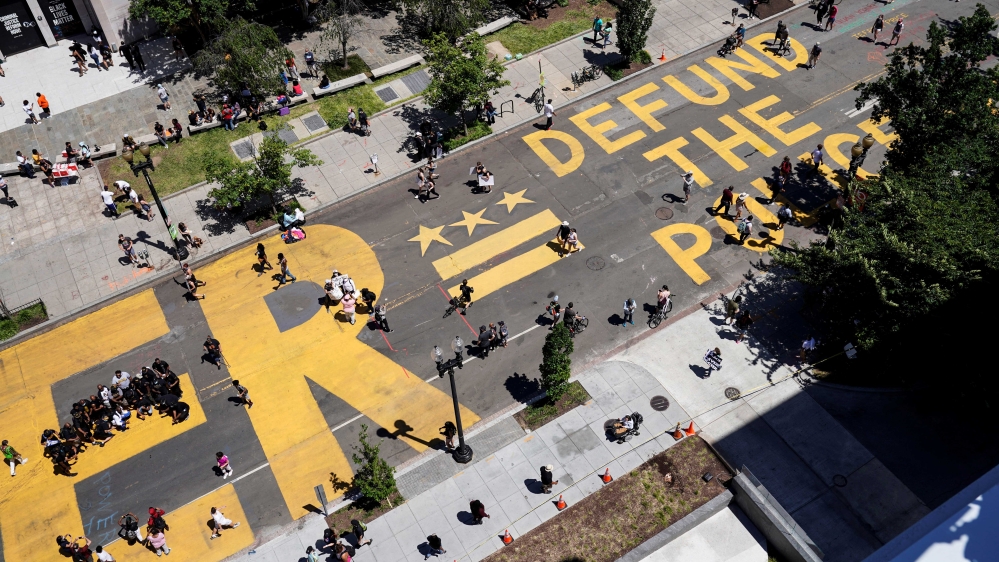 A sign painted by protesters reading 'Defund the Police', painted next to a Black Lives Matter sign, near the White House in Washington, DC, the US [Joshua Roberts/Reuters]

It is unclear whether the proposal will receive support from Republicans, who control the US Senate. Their support and that of Republican President Donald Trump would be needed for the measure to become law.

Protesters are pushing to "defund the police" after the death of George Floyd and other Black Americans killed by law enforcement.

Their chant has become a rallying cry - and a stick for President Donald Trump to use on Democrats as he portrays them as soft on crime.

Trump has said he opposes the idea, and is set to meet with members of law enforcement at the White House on Monday afternoon.

LAW & ORDER, NOT DEFUND AND ABOLISH THE POLICE. The Radical Left Democrats have gone Crazy!

Supporters say it is not about eliminating police departments or stripping agencies of all of their money. They say it is time for the country to address systemic problems in policing in the US and spend more on what communities across the country need, like housing and education.

Mourners will be able to view George Floyd's casket Monday in his hometown of Houston, the final stop in a series of memorials in his honour.

A six-hour viewing will be held at The Fountain of Praise church in southwest Houston. The viewing is open to the public, though visitors will be required to wear face masks and gloves to comply with coronavirus-related guidelines.

Demonstrators holding a Black Lives Matter banner during a protest against racial inequality in the aftermath of the death in Minneapolis police custody of George Floyd, at Grand Army Plaza in the Brooklyn borough of New York City, New York, the US [Eduardo Munoz/Reuters]

Floyd's funeral will be Tuesday, followed by burial at the Houston Memorial Gardens cemetery in suburban Pearland, where he will be laid to rest next to his mother, Larcenia Floyd.

New York City Mayor Bill de Blasio announced on Sunday a series of police reforms that he said were part of a "transformative movement."

He said funding would be shifted from the New York Police Department (NYPD) to youth and social services, moving the enforcement for street vending out of the police department to a civilian agency, and adding community ambassadors to the NYPD to serve as liaisons between officers and New Yorkers.

"People did not protest for the sake of protest. They protest to achieve change, and now we must deliver that change," de Blasio said. 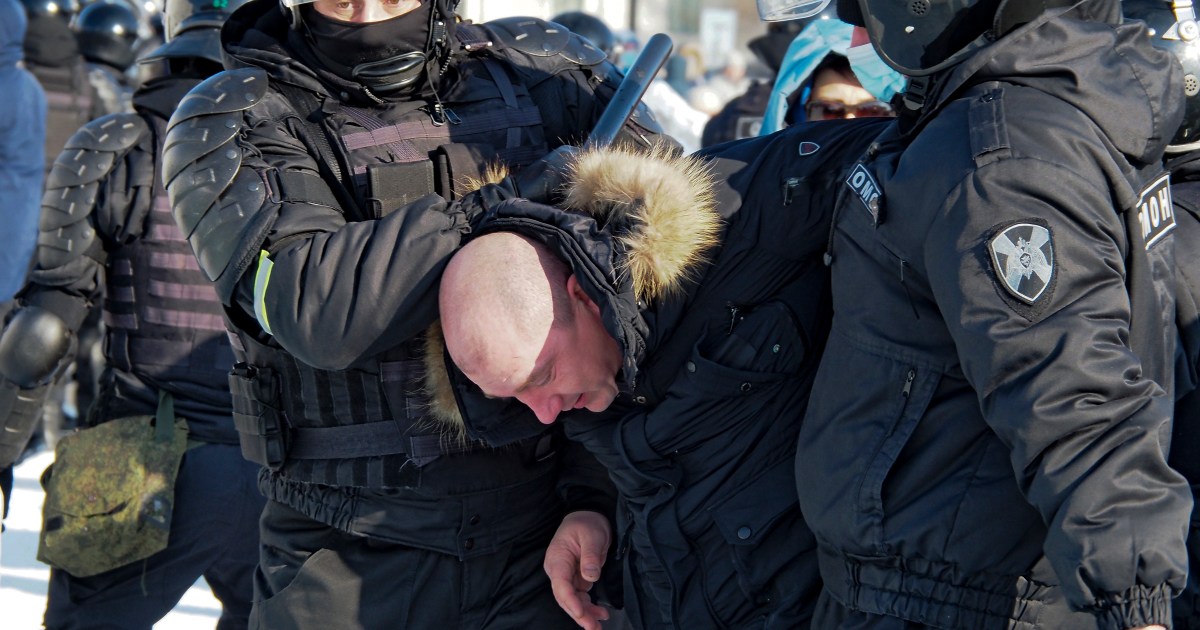