Jihyun Park was left for dead in a North Korean labour camp, now she’s running for office in northern England.

Sixteen years after she was left to die unremembered outside a labour camp in North Korea, Jihyun Park will enter UK political history if she wins office in local elections this May.

Human rights activist Park said she wants to repay a debt of kindness shown by residents in the northern English town of Bury, her home since 2008, by becoming a councillor in the local government.

She is standing in the May 6 election as a candidate for Prime Minister Boris Johnson’s Conservative Party in the Moorside electoral ward of Bury, a former industrial town lined with old red-brick houses.

“I am really confident because I have already fought totalitarian evils twice, because I escaped North Korea twice,” Park, 52, told Reuters from her house adorned with the flag of England and the UK’s Union Jack.

“People were really nice to us. I want to pay back this debt,” she said. 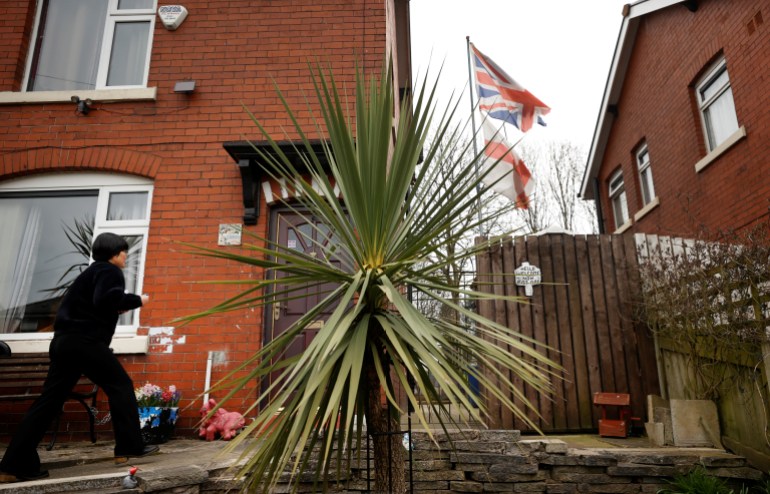 Park delivers leaflets to homes after deciding to run as a Conservative party candidate in the upcoming local elections in the Moorside Ward in Bury, England [Phil Noble/Reuters]Park grew up in the mountainous North Hamgyong province of North Korea but, hungry and desperate, she fled in 1998 with her younger brother to China where they fell into the hands of human traffickers.

They were separated – her brother never to be seen again – and she was sold to a man whose family kept her as a slave.

“One day I wanted to give up my life but I found that I was pregnant. I had changed my mind because this child was my last family member – and maybe this child would give me hope,” she said.

She hid her pregnancy and, fearing arrest in hospital with no ID or papers, gave birth to a boy on her own.

The pair struggled on for five years before Park was captured by the Chinese authorities and sent back to North Korea without her son – a parting of “unspeakable” pain, she said.

Imprisoned in a squalid labour camp, she fell seriously ill from a leg injury.

“The police told me that you cannot die inside the camp, you die outside. So they released me,” Park said, adding that she prayed to survive so she could be reunited with her son.

She regained enough strength to return to China and in 2005 she found her son, who had been treated badly by her former masters.

Park resolved to find a safe place for them.

She met her now-husband during an abortive move to the Mongolian desert and in 2007 a Korean pastor in Beijing put them in touch with the United Nations, which relocated the family to the UK.

They settled in Bury, the birthplace of Robert Peel, a 19th-century prime minister and a founder of the modern Conservative Party. 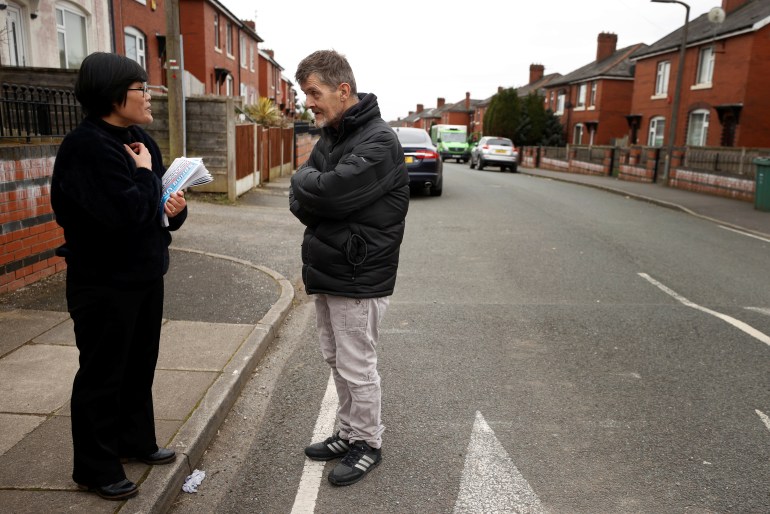 Park talks with a local resident while out on the campaign trail [Phil Noble/Reuters]Asked why she joined the Conservatives, whose immigration policies have been criticised by campaign groups like Amnesty International, Park said their emphasis on family values and individual freedom appealed to her.

“Britain taught me what is freedom, and what is human. So that’s why I want to help. Last year was a very difficult year and many people lost their family members,” Park said, referring to the COVID-19 pandemic.

She now spends her time helping other refugees from North Korea adjust to life in the UK.

While Park leads a happy life in Bury and has now raised three children, her thoughts still turn to the past – and her younger brother.

“I still don’t know whether he survived or not, but I never give up my hope. One day I want to be reunited with my brother,” she said. 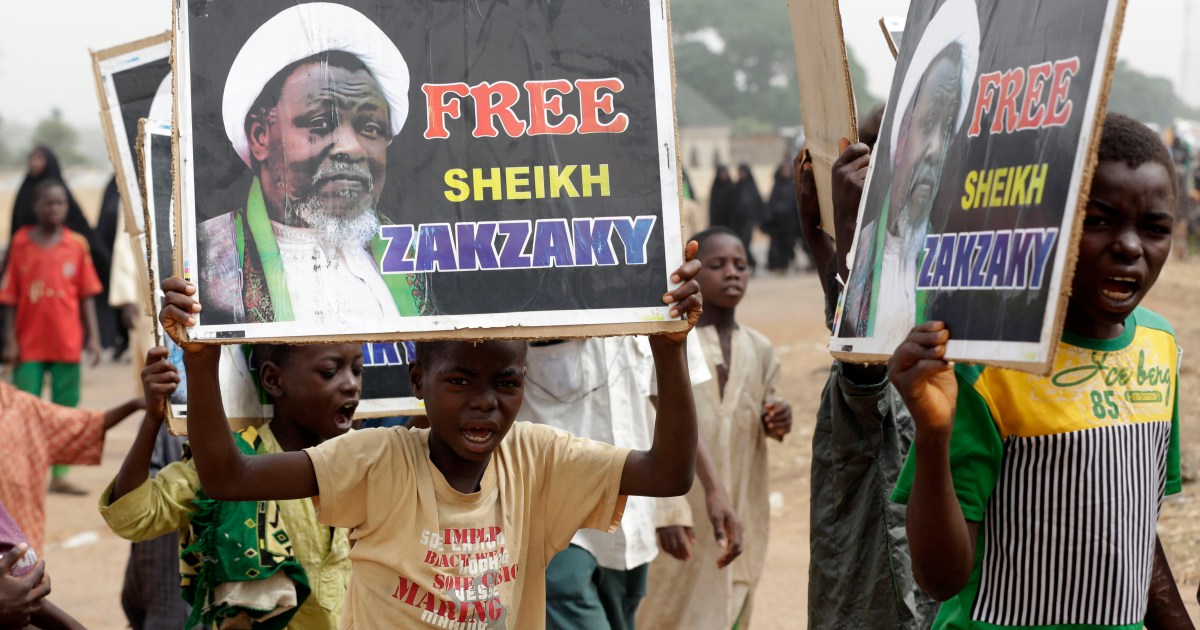 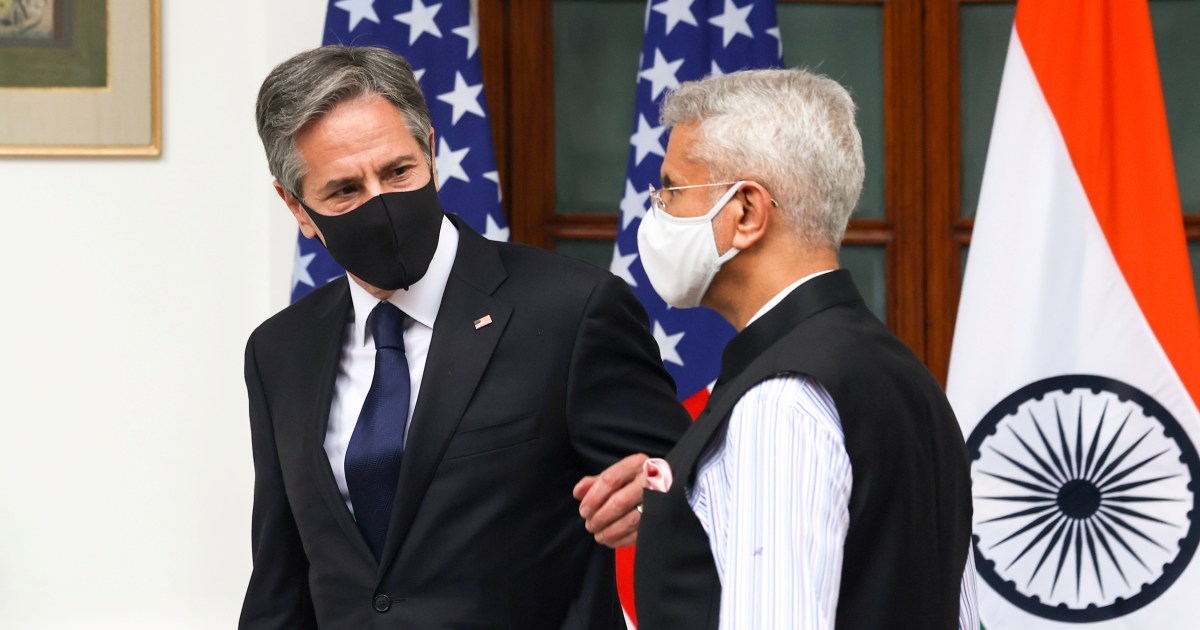