From Aretha Franklin to the Statue Of Liberty, Every American Icon Referenced on the Met Gala Red Carpet

And Billie wasn’t the only star to look to the past for her fashion references: Yara Shahidi paid homage to the great Josephine Baker with her encrusted Dior gown – styled by Jason Bolden – complete with a braided headpiece and elbow-length opera gloves.

Bolden was also behind the electrifying gown worn by rousing poet Amanda Gorman. The rising star – who was appointed one of this year’s co-chairs – took to the red carpet in a zingy strapless gown by Vera Wang. When it came to the accessories, the devil was in the detail: “I really wanted to lean into the spirit of the Statue of Liberty,” Gorman told Keke Palmer. Her dazzling laurel crown by Jennifer Behr nodded to her laureate title, while her clutch was in the shape of a book, alike to that held by the monument.

Elsewhere, Respect lead Jennifer Hudson brought high-octane glamour with a bright scarlet gown by AZ Factory, emulating her on-screen muse Aretha Franklin. Sisters Chloe and Halle Bailey honored “Hollywood sirens” and Tina Turner respectively with their showstopper Met dresses, designed by Rodarte siblings Kate and Laura Mulleavy, while Kaia Gerber directly referenced a strapless black Dior gown worn by Bianca Jagger in 1981. Kendall Jenner was one of many stars who opted for a sparkling Met look: she confirmed via Instagram that her shimmering Givenchy gown was a nod to Audrey Hepburn in My Fair Lady.

Jennifer Hudson lit up the night in a scarlet gown by AZ Factory.

British Vogue’s September 2021 cover star Gemma Chan attended the gala with Prabal Garung, choosing to pay tribute to Anna May Wong, the first Chinese-American film star of Hollywood’s golden era. “A trailblazer, fashion icon and woman ahead of her time – she paved the way for those who came after and continues to inspire,” Chan wrote on Instagram ahead of her appearance, before arriving at the event wearing a dazzling strapless mini dress adorned with a pretty sherbet-green bow. 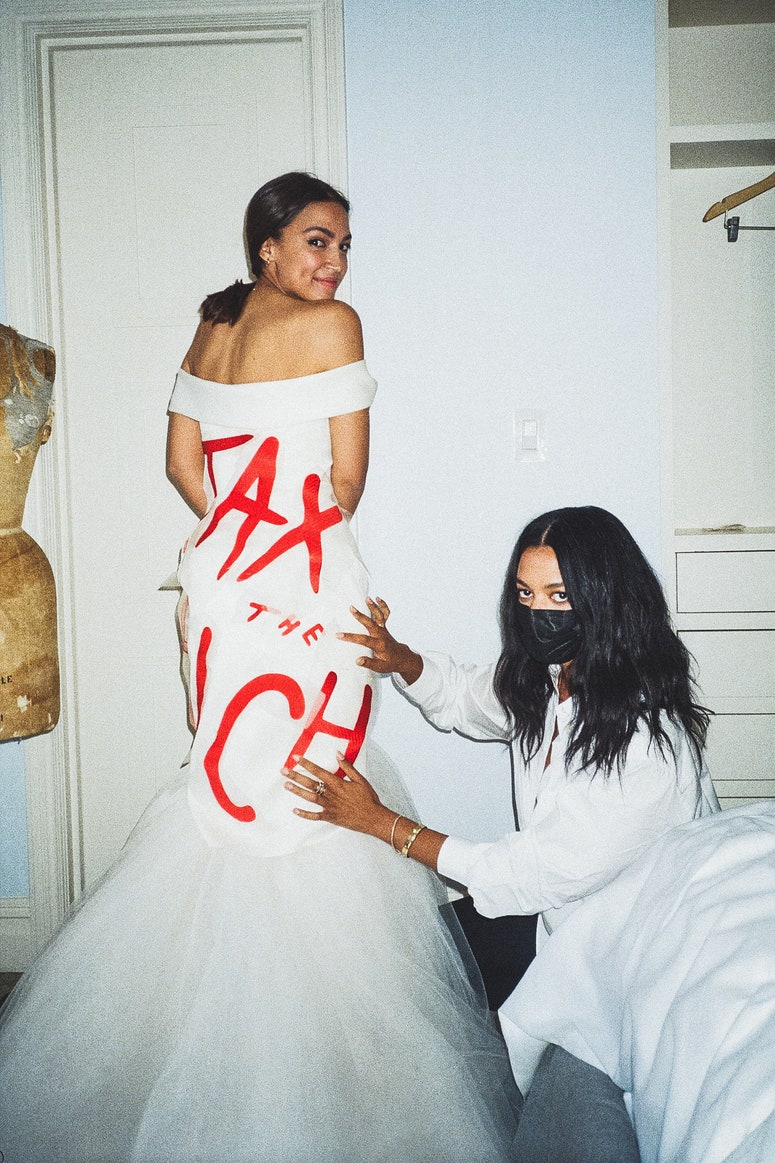 And of course, no American Met Gala theme would have been complete without a sprinkling of denim. Versace created Lupita Nyong’o’s avant-garde denim bustier gown, actor Ben Platt wore a Christian Cowen Canadian tuxedo, and musician David Byrne chose a white and blue denim suit for his red-carpet moment.

4 reasons you aren’t getting good sleep