Police are investigating after former EastEnders star Molly Conlin was allegedly held at knifepoint by robbers who broke into her home.

The 19-year-old, who rose to fame as a child by playing Dotty Cotton in the BBC soap, claimed in a series of Twitter posts that two men had "barged" into the Essex property at around 3pm on Saturday.

Conlin said she had opened the front door after hearing a knock and "thinking it was a delivery man", but was pushed over and "dragged" upstairs before being held at knifepoint while the pair raided her house. 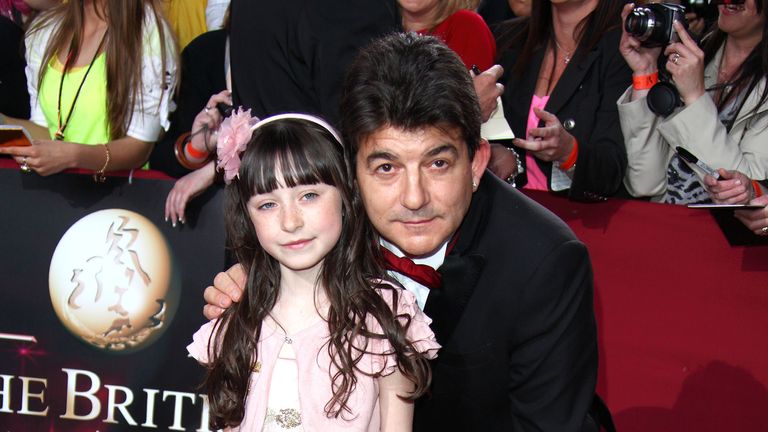 "I was literally praying as I thought I was going to die," she tweeted.

"Little did I know 2 had come through the back of my house also and found my brothers car keys and later all jumped into his black Audi A1 and took my phone and watch.

"They was screaming at me, telling me they was going to hurt me if I didn't give them anything while I was begging for my life being pinned down to the floor.

"When I called the police from my neighbours phone they come and later found my phone ditched in Cressing."

Conlin - who played Dotty on EastEnders from 2008 until 2010 - said she had seen similar reports from other local residents on Facebook, and urged people to take care.

She added: "I'm so grateful none of my family was home at the time and it was only me. Please spread the word." Image: Conlin at a film premiere in 2009

Police have said the alleged incident, which happened in Witham, is being investigated.

In a statement posted on Facebook, Essex Police said: "We received reports that two masked men knocked at an address in Cressing Road at around 3pm before forcing their way inside.

"The men, who were described as being black, threatened a woman with a knife before carrying out a messy search of the bedrooms.

"They made off with a watch worth a four-figure sum and a black Audi A1 Sport.

"Fortunately, the woman was not hurt but she was left shaken by the incident."