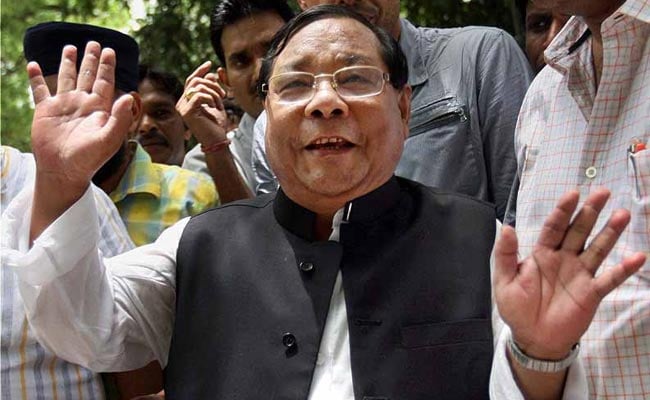 PA Sangma, founder of NPP and father of Conrad Sangma, had left the Congress in 1999 (File)

The political crisis in Manipur has seen the Manipur unit of Conrad Sangma's National Peoples' Party's form an alliance with arch-rival Congress. The Congress-led Secular Progressive Front was formed on Thursday - a day after nine MLAs supporting the Biren Singh government turned rebel.

All four NPP legislators who were also members of the Biren Singh-led government -- including Deputy Chief Minister Y Joykumar Singh - have resigned and withdrawn support from the government.

The NPP has been a key BJP ally in the northeast. It was also a key member of the Northeast Democratic Alliance -- a non-Congress political platform floated by the BJP after winning the Assam elections in 2016.

PA Sangma -- the founder of NPP and the father of Conrad Sangma -- left the Congress in 1999 on the issue of foreign origin of Sonia Gandhi.  His party had particularly focused on the anti-Congress rhetoric.

In their home turf Meghalaya, the NPP runs the government with the help of the BJP and other NDA partners. The state's main opposition is the Congress.

The NPP and the BJP are also partners in the Neiphiu Rio-led NDPP, which leads the coalition government in Nagaland.

The decision of the Manipur unit of the NPP has now forced the party to have a political understanding with the Congress, which is seen to have placed Conrad Sangma - the party chief and the Meghalaya Chief Minister - in an uncomfortable position.

"Our MLAs in Manipur withdrew support after three of the BJP MLAs have resigned. There has been a bit of friction between the leadership of the government and our MLAs," Conrad Sangma told NDTV.

The party, he said, has brought the differences to the notice of the national leadership of the BJP.

"We were trying to resolve the issues. Efforts were on. But the resignation of the BJP MLAs was a trigger. We will decide how to move forward," Mr Sangma added.

In April, then Manipur Deputy Chief Minister Yumnam Joykumar Singh of the NPP was stripped of his portfolios by Chief Minister Biren Singh following a controversy over rice allocation under the National Food Security Act during the countrywide lockdown to curb the spread of coronavirus.

Mr Joykumar had reportedly termed the Chief Minister's assurance about food security as "hogwash", saying rice allocation for his constituency was not enough for the people. This led to "major differences" between the local units of the BJP and the NPP, party sources said.

Even a call from Union minister Amit Shah failed to induce a rethink. "There is no room for negotiation, surrender or retreat," tweeted former Manipur Health minister L Jayantakumar Singh.

For Conrad Sangma, the challenge is to explain the Manipur unit's stance to the rest of his party spread across the other northeastern states. "We will send a delegation of the party to Manipur to review the situation," Mr Sangma said.