Netflix has released the first image of Imelda Staunton portraying the Queen in the forthcoming series of The Crown.

The 65-year-old actress is following in the footsteps of Olivia Colman and Claire Foy to play the monarch in the award-winning drama about the Royal Family.

Filming is reported to have started in the UK earlier this month with a new cast making their debuts in the lead roles.

The first-look image of Staunton in character shows her as the Queen in later life, sporting a mustard blouse and cropped hair.

Netflix described the image as "an early glimpse of our new Queen Elizabeth II".

Staunton, who starred in Vera Drake and the Harry Potter film series, will play the Queen in the fifth and sixth series of The Crown, with events in the drama coming into the 21st century. 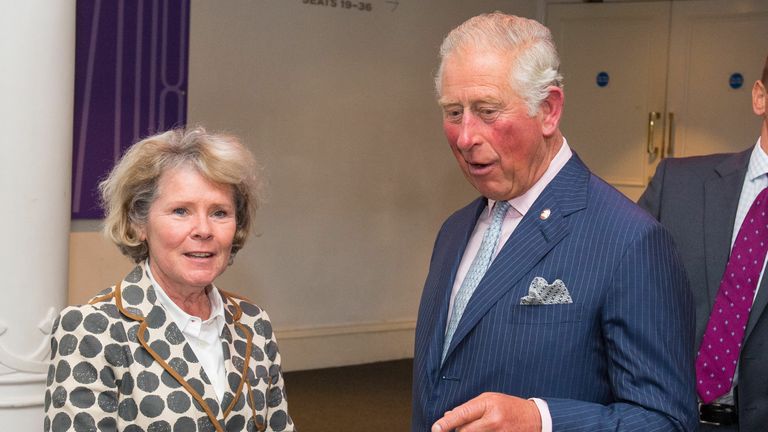 Dominic West is taking over from Josh O'Connor as the Prince of Wales, while Elizabeth Debicki will star as Princess Diana, replacing Emma Corrin.

Lesley Manville will take over the role of Princess Margaret from Helena Bonham Carter, Jonathan Pryce will replace Tobias Menzies as the Duke of Edinburgh and Jonny Lee Miller will debut as Prime Minister Sir John Major.

A release date has not been confirmed but it is reportedly not due to air until 2022.

Both Foy and Colman won Golden Globes for their portrayals of the Queen.