An episode of Fawlty Towers, withdrawn because it contained "racial slurs", is set to be reinstated to its streaming service.

UKTV, which is BBC-owned, previously said it had temporarily pulled well-known episode The Germans while it carried out a review.

It will return to the platform "in the coming days", the organisation said in a statement, with "extra guidance and warnings... to highlight potentially offensive content and language". 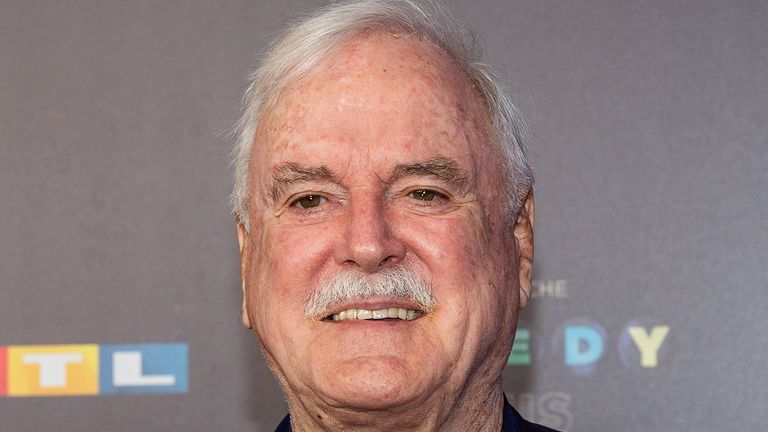 Image: John Cleese had criticised the decision to withdraw the episode

The episode of the iconic sitcom was taken down in the wake of complaints, anti-racism protests and the toppling of statues.

It first aired in 1975, and shows character Major Gowen repeatedly using the N-word in reference to members of the West Indies cricket team, while also referring to Indians as "w***".

It includes hotel owner Basil Fawlty, played by John Cleese, goose-stepping around while shouting "don't mention the war" in front of a group of visiting Germans, after suffering a blow to the head.

The scene had been edited out of repeats shown on the BBC in 2013, after the issue was raised and Cleese's representatives were consulted.

Cleese, who co-wrote and starred in the popular series, called the decision to pull the episode "stupid" and accused executives of attempting to "pacify" people in a bid to "hang on to their jobs". 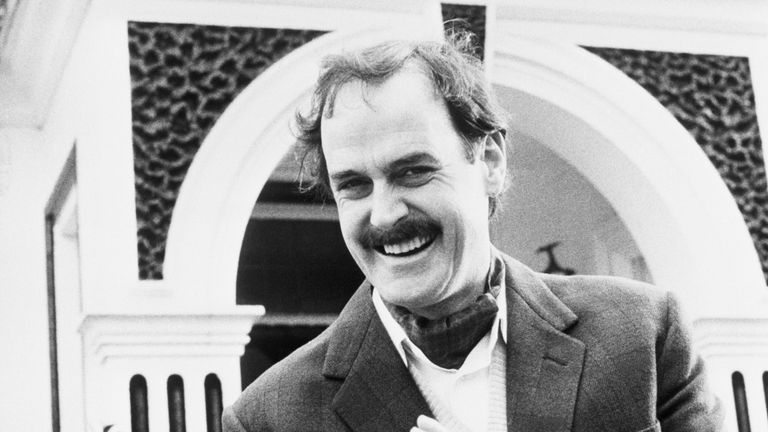 Image: Comedian John Cleese in his role as Basil Fawlty, the manic host of Fawlty Towers

UKTV said: "We already offer guidance to viewers across some of our classic comedy titles, but we recognise that more contextual information can be required on our archive comedy, so we will be adding extra guidance and warnings to the front of programmes to highlight potentially offensive content and language.

"We will reinstate Fawlty Towers once that extra guidance has been added, which we expect will be in the coming days.

"We will continue to look at what content is on offer as we always have done."

It comes amid protests led by the Black Lives Matter movement which began in the US but have spread around the world.

The protests were prompted by the death of George Floyd, a black man killed when a white police officer knelt on his neck for almost nine minutes.