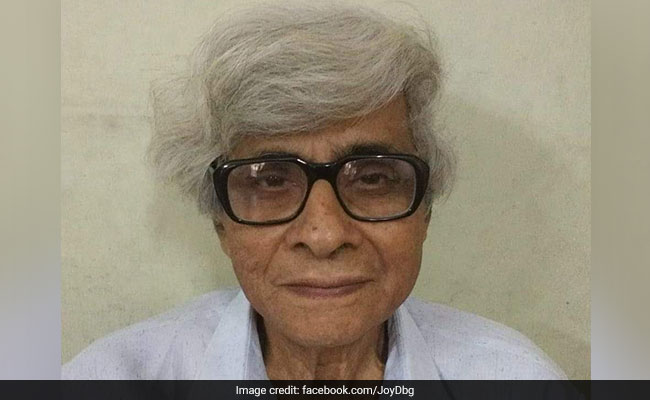 Ananda Deb Mukhopadhyay was 82 and is survived by a daughter who lives in the USA.

Eminent academician Ananda Deb Mukhopadhyay, who was also an expert in oceanography, died at a private hospital in Kolkata on Thursday.

He was 82 and is survived by a daughter who lives in the USA.

Mr Mukhopadhyay had been living alone in his South Kolkata residence and was admitted to the hospital 10 days back with symptoms of high fever, his close friends said.

West Bengal Chief Minister Mamata Banerjee and others mourned the death of Mr Mukhopadhyay, who was a former vice- chancellor of Vidyasagar University.

"I am deeply grieved by the demise of Mr Mukhopadhyay at the age of 82. His absence will ever be felt in academic circles," the chief minister said in a statement.

"He was a professor of geology department of Jadavpur University for a long time. He was a founder member of Centre for Oceanography at JU and later became the VC of Vidyasagar University. Till his last day he was actively involved with the National Council of Education," she said.

"He started an MPhil course in environmental science in JU in 1991, one of the first such courses in the country," JUTA said in a statement.