It's been more than 30 years since Coming To America came out in cinemas.

While the 1988 film was panned by critics on release, it was loved by audiences and went on to become a box office smash - and then a cult classic- appearing on many people's must-see movie list.

Now a follow up - Coming 2 America - is about to be released, but the film's star and creator, Eddie Murphy, says it's something he never expected would happen. 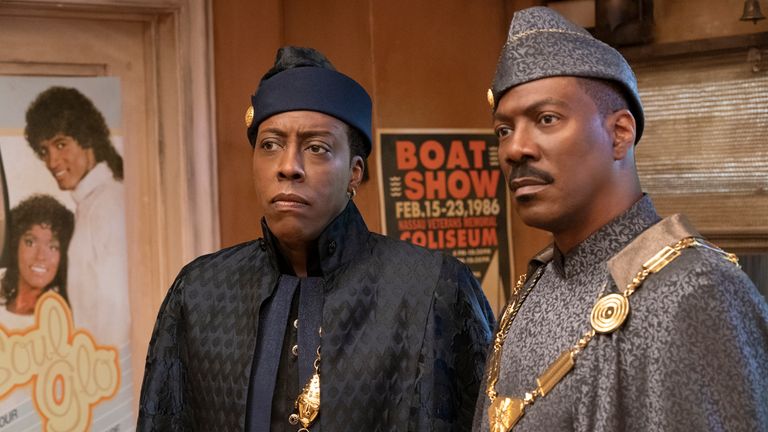 Image: The boys are back - Murphy (R) with Arsenio Hall as Semmi. Pic: Amazon Studios

The 59-year-old told Sky News: "I totally was not thinking about doing a sequel to this movie because the story ended and they lived happily ever after, that was the end of it and we went on with our lives.

"They show Coming To America on TV so much, it's always on TV, and little lines from the movie became catchphrases and the mic drop that Randy Watson did that became like this thing - people drop the mic, and then [people] started dressing up like characters on Halloween, and VH1 showed Coming to America 24 hours straight at Christmas."

Murphy says it became clear to him there was appetite for more of the story: "The movie became like this cult movie and that's when I got the idea.

"So 25 years later, it was like, wow, if we could figure out a way to connect these dots, we could [make a] Coming to America sequel, there are people that would go see it."

The sequel sees Murphy's character from the first film, Prince Akeem Joffer, set to become King of Zamunda when he discovers he has a son in America, so heads back to the country with his best friend Semmi, played by Arsenio Hall. 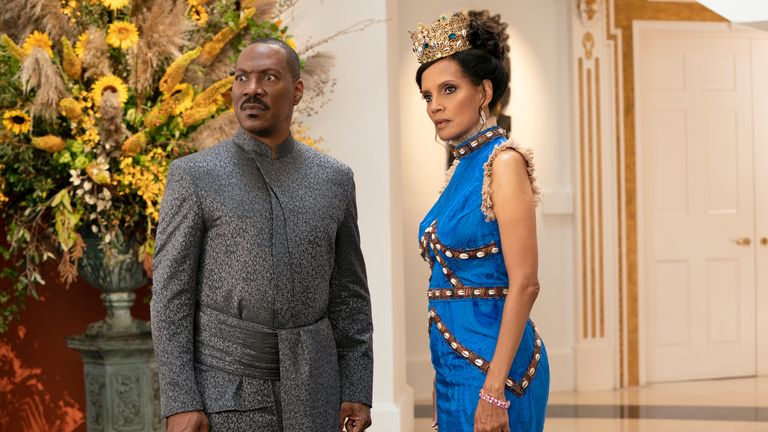 Despite the original film's popularity, and the inevitable anticipation for its follow-up, Murphy said he's not feeling any pressure ahead of its release.

He explained: "You feel pressure when there's no anticipation.

"I felt pressure right before Pluto Nash came out, not this movie - when they want to see the movie, that's a great thing, it's no pressure at all.

"And there was no pressure in making the movie because we worked on the script for so long, it's like we had it on paper before we started it, so I never felt any pressure or anything throughout the production or post-production, or while we waited for the movie to come out.

"What I feel more than anything is I can't wait for people to see it because I'm so proud of how the movie turned out." 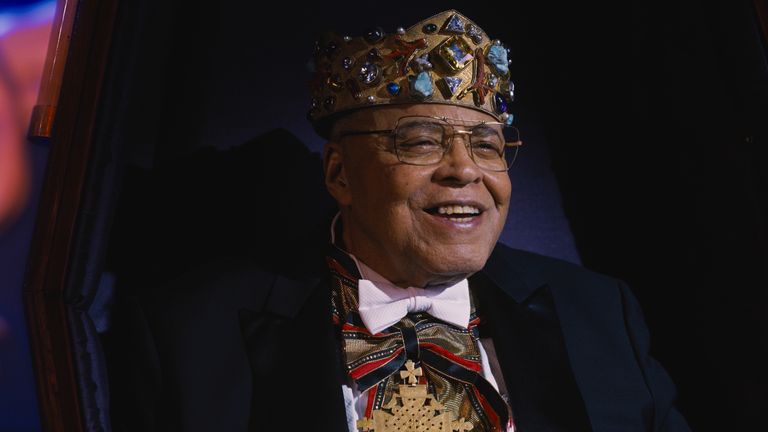 Referencing a trophy cabinet that Murphy is sat in front of during the interview, his co-star Arsenio Hall jokes that it's easier not to feel pressure when you're the star of the film.

"All those trophies behind him, that's why he feels that way!

Murphy admits it's been interesting watching the reaction of fans as they await the sequel.

"When the trailer came out, not the trailer, the first teaser, it was being analysed by all these people on YouTube, they were like, well, what does this mean?

"But all of that stuff is exciting because I know we delivered and I knew that we weren't going to do the movie unless we could deliver, and we cracked it out the park."

With decades between shoots, the actors arrived on set for Coming 2 America somewhat more experienced in the industry.

But Hall admits there were also times when their age showed: "You know, there is a moment when Akeem was supposed to kick Semmi, and most of the time, he did it like a stunt man - he pulled his kick.

"There was one time when he made a mistake and he kicked the s**t out of me, and I realised that I was 64!

"I had the day off the next day and I just laid in the hotel room in the bed and [Murphy] had the nerve to text me and say 'my foot hurts!'."

Coming 2 America is out on Amazon Prime Video on the 5 March.