DRC PM lashes out at 'arbitrary' detention of justice minister 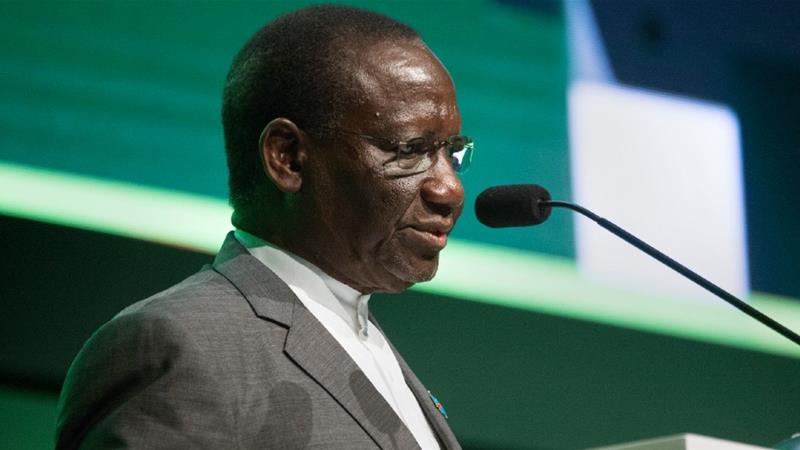 Prime Minister of the Democratic Republic of the Congo Sylvestre Ilunga Ilunkamba says arrest could lead the government to resign [File: Rodger Bosch/AFP]

The prime minister of the Democratic Republic of the Congo, Sylvestre Ilunga, has threatened to resign after President Felix Tshisekedi ordered the arrest of the minister of justice, highlighting increasing tensions within the governing coalition.

Justice Minister Celestin Tunda Ya Kasende was detained for hours on Saturday after clashing on Friday with Tshisekedi over proposed changes to the judiciary.

"This serious and unprecedented incident is likely to weaken the stability and the harmonious functioning of institutions, and to cause the resignation of the government," Prime Minister Ilunga said in a statement on Sunday.

"No member of the government can be prosecuted for opinions expressed during deliberations of the council of ministers," Ilunga said, referring to the meeting where Tshisekedi and Tunda reportedly quarrelled over the judicial changes.

Ilunga said the magistrates responsible for what he called Tunda's "brutal and arbitrary arrest" should face disciplinary action.

The controversial judicial reforms include proposals to define the powers of judges, which critics say is a ploy to muzzle the judiciary in a country known for its instability.

In a sign of protest against the changes, Tshisekedi's supporters took to the streets for two days last week in violent demonstrations that were dispersed by using tear gas and water cannon by the police.

The arrest highlights the growing tensions within the coalition government between Tshisekedi's camp and that of his predecessor, Joseph Kabila, who still wields huge behind-the-scenes influence.

Both Ilunga and Tunda Ya Kasende are members of the Common Front for Congo (FCC) a grouping close to Kabila which sits alongside Tshisekedi's Union for Democracy and Social Progress (UDPS) in government and accounts for about two-thirds of cabinet posts.

Tshisekedi, previously an opponent of Kabila, came to power in January 2019 after being declared the winner of an election that Kabila was ineligible to contest after 18 years in power.