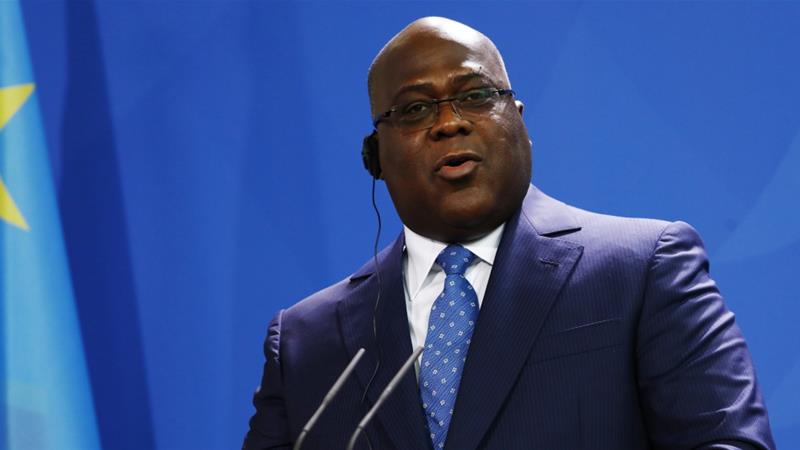 The Democratic Republic of Congo's Justice Minister Celestin Tunda has been released from custody just hours after his arrest in the capital, Kinshasa.

Tunda was questioned by prosecutors for several hours at the court of cassation after surrendering to police at his home on Saturday afternoon.

Authorities did not immediately explain the reasons for the arrest of Tunda, who also holds the position of vice prime minister in President Felix Tshisekedi's government.

Aministerial source told the AFP news agency that the move against Tunda came a day after he clashed with the president over proposed changes to the judiciary.

The arrest highlights the growing tensions within the ruling coalition between Tshisekedi's camp and that of his predecessor, Joseph Kabila. Tunda is a senior figure in Kabila's FCC party, which holds a majority in parliament and controls most posts in the cabinet.

Tshisekedi, previously an opponent of Kabila, came to power in January 2019 after being declared the winner of an election that Kabila was ineligible to contest after 18 years in power.

"I think we are living a turning point in the relation between FCC and [Tshisekedi's] UDPS," said Fred Bauma from the Congo Research Group at New York University. "The minister of justice is an FCC heavyweight and his arrest, if confirmed, follows many turbulences over few weeks now."

The proposed legal reform would give the Ministry of Justice greater control over prosecutors, which opponents and diplomats say would damage the independence of the judiciary.

"Undermining this independence would erode protection of civil and political rights in the [Congo]," the embassies of Canada, the United Kingdom and the United States said in a joint statement on Thursday.

Hundreds of protesters rallied against the law at the parliament grounds on Wednesday. They were dispersed by police firing tear gas and water cannon.