In historic vote, the Democrat-led House impeaches Trump a 2nd time for inciting mob that attacked the Capitol.

The US House of Representatives has impeached President Donald Trump for “incitement of insurrection” after a mob of his supporters stormed the United States Capitol last week, marking the first time in US history that a president has been impeached twice.

The House resolution, which passed by a vote of 232-197 on Wednesday afternoon, states that Trump’s actions and remarks ahead of the storming of the Capitol building in Washington, DC incited the rioters.

“We know that the president of the United States incited this insurrection, this armed rebellion against our common country,” said House Speaker Nancy Pelosi during a debate before the vote.

“He must go. He is a clear and present danger to the nation that we all love,” she said. 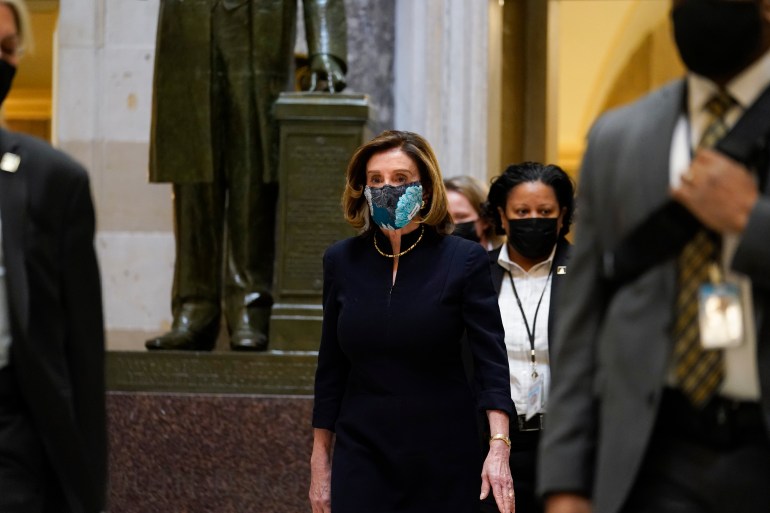 Speaker of the House Nancy Pelosi of Calif., walks through Statuary Hall on Capitol Hill in Washington [Susan Walsh/AP Photo]The riot at the Capitol on January 6 left five people dead and sent shockwaves across the US and the world, spurring Democratic Party legislators to launch an impeachment push against Trump in his final days in the White House.

The Capitol was stormed after Trump delivered an inflammatory speech to a crowd of his supporters that had gathered to protest Congress’ certification of US President-elect Joe Biden’s election victory.

Call for ‘NO violence’

The impeachment article states that in the months before January 6, Trump repeated false claims of widespread election fraud and said the results should not be accepted.

He also “willfully made statements that, in context, encouraged – and foreseeably resulted in – lawless action at the Capitol, such as: ‘if you don’t fight like hell you’re not going to have a country any more,'” the article states. 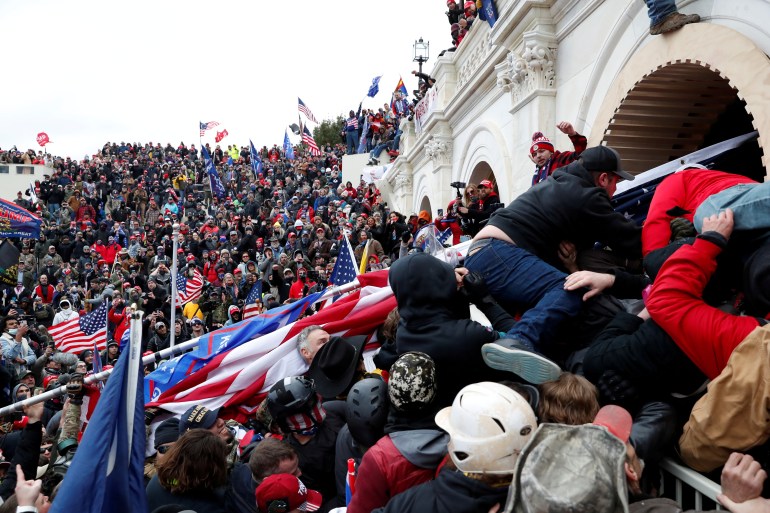 Pro-Trump protesters storm into the U.S. Capitol during clashes with police on January 6 [File: Shannon Stapleton/Reuters]Trump did not immediately comment on his impeachment.

But he called for restraint earlier on Wednesday after reports of more planned demonstrations.

“I urge that there must be NO violence, NO lawbreaking and NO vandalism of any kind. That is not what I stand for, and it is not what America stands for,” Trump said in a statement.

The president had remained defiant on Tuesday, rejecting Democrats’ impeachment effort as dangerous and “a continuation of the greatest and most vicious witch hunt in the history of our country”.

Ten Republicans joined Democrats in the House to vote in favour of the single article of impeachment.

The Congressional chamber also named managers to prosecute the charge of insurrection against Trump in a Senate trial, which could begin after President-elect Joe Biden is inaugurated on January 20.

That’s when Democrats are poised to take control of the Senate. At least two Senate Republicans have already called on Trump to step down, and a third has said they would consider voting for impeachment.

While some Republicans have sought to distance themselves from Trump over the past few days and asked him to step down, many still defended him on Wednesday by calling the impeachment process unnecessary at a time when the US needs to heal.

“In seven days, there will be a peaceful transfer of power just like there has been every other time in our country, but Democrats are gonna impeach President Trump again. This doesn’t unite the country,” Republican Congressman Jim Jordan said.

But Democrats said healing cannot begin without accountability for the attack on the Capitol.

“The constitutional crimes inspired by an out-of-control president, inspired by his hatred and the big lie that he told cannot be ignored,” said Democrat Hakeem Jeffries during the debate on Wednesday.

US law enforcement officials said on Tuesday that 70 people had been charged with crimes related to the Capitol breach, while more than 170 investigations had been opened into alleged other participants and more charges are expected. 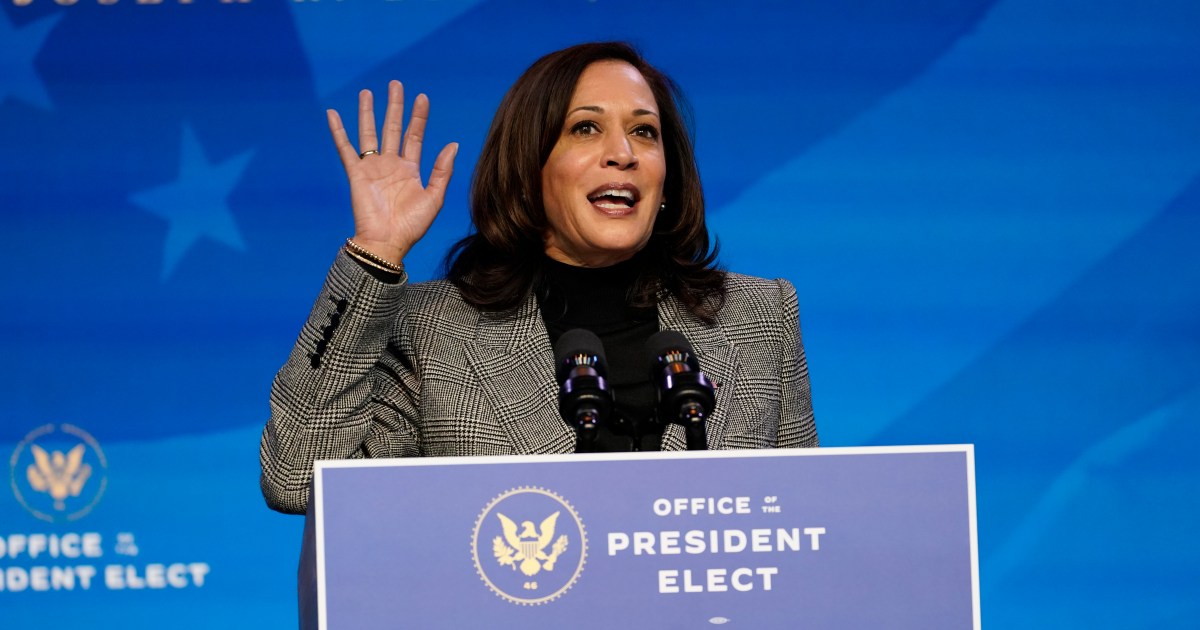 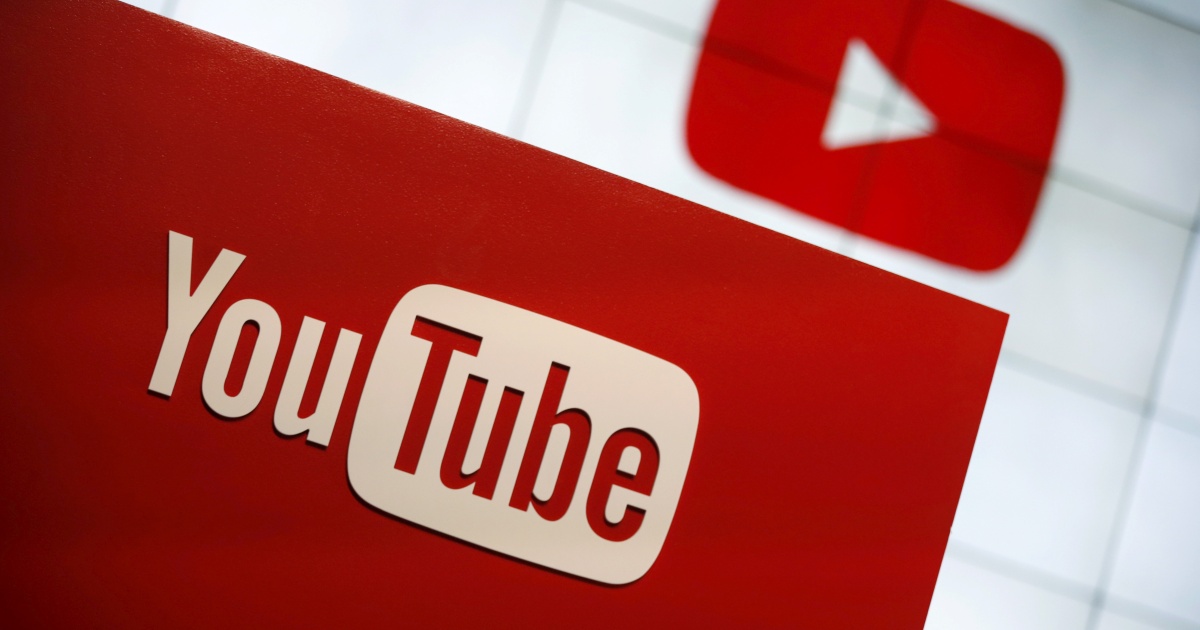 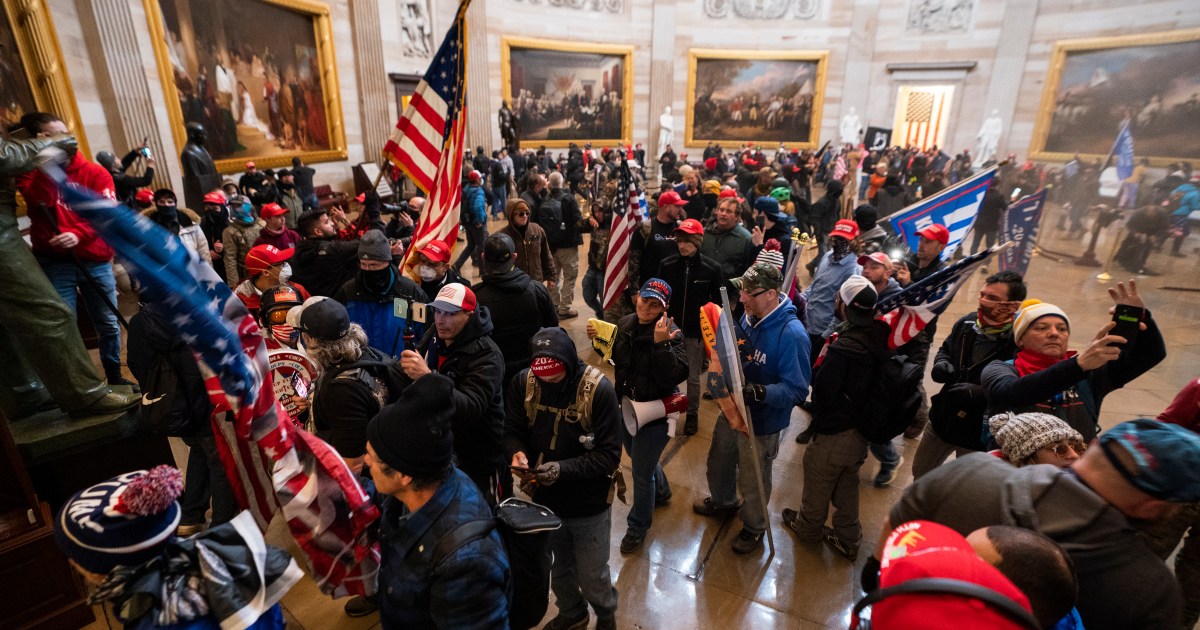 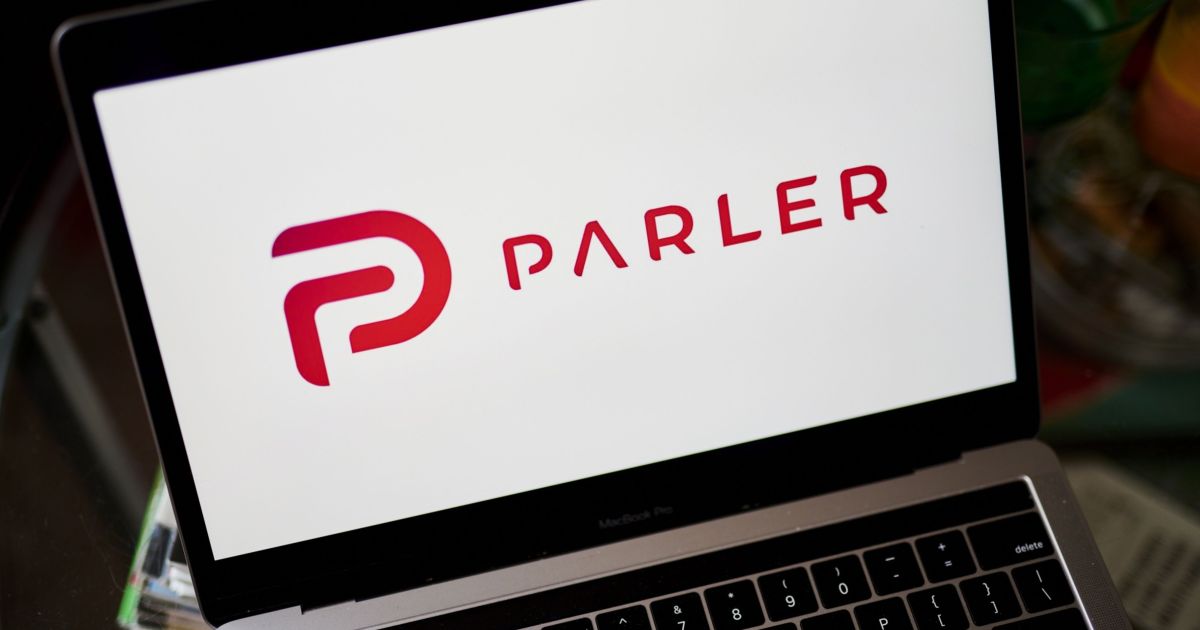 Parler moves to hosting service owned by Russians after ban