Donald Rumsfeld, the US protests and the neoliberal hypocrites

America's neoliberal intelligentsia is a nest of shameless hypocrisy and historical revisionism.

That is the inescapable, but, predictably, overlooked conclusion to be drawn as the US is, once again, convulsed by the racial fissures that have been exposed, yet again, by yet another white police officer's homicide of yet another Black man.

In the turbulent aftermath of George Floyd's slow, sadistic killing by a thug brandishing a badge, the usual gallery of unrepentant neoliberal darlings has been invited on TV and other agreeable corporate media to muse about the overarching meaning of the mass protests.

In reaching for an appropriate historical marker to illustrate their near unanimous and gooey, sentimental fear that America and democracy itself rest perilously on the precipice, lazy neoliberal commentators point to 1968 as an instructive facsimile of today's "unrest".

America, they insist, is "burning", as it did in 1968, undone, in part, by confrontation and sporadic looting orchestrated by phantom "outsiders" and "anarchists", intent on disfiguring peaceful protests for malicious motives.

But this time, neoliberals say on TV and in solipsistic columns that the nefarious "outsiders" and "anarchists" have an unlikely and equally thuggish ally in Donald Trump - an incendiary president who shares a nihilism that poses an existential threat to their once dear, but fast becoming alien, America.

We need to revisit 2003, not 1968, to appreciate the foul hypocrisy and historical revisionism of these neoliberal nostalgists who claim, these days, to defend democracy at home in the face of a rank authoritarian's threats, while conveniently forgetting how they vehemently championed imposing "democracy" abroad with disastrous human and geopolitical consequences.

In this context, we need to consider what then US Defense Secretary Donald Rumsfeld said on April 11, 2003 about the rampant chaos and reported looting in Iraq after the US-led invasion.

It is also important to recall that many of the neoliberals decrying Trump's continuing assault on their idealised notion of America and its democratic exceptionalism were ardent supporters of a war that was supposed to "liberate" Iraq quickly and easily and trigger a democratic "spring" in the combustible region.

As others warned, the invasion was neither quick nor easy. A complex country with a complex history was plunged into anarchy and spasms of looting. The cocky, neoliberal keyboard cavalry assured the world that foreign armies would be met with garlands of flowers. They were largely greeted with rocks and insults.

"Stuff happens," Rumsfeld said. "Freedom's untidy, and free people are free to make mistakes and commit crimes and do bad things. They're also free to live their lives and do wonderful things."

Back then, the rosy, state-cleansed "narrative" went like this: When America leads an invasion to liberate a sovereign nation, any unfortunate "stuff" like looting is certainly not the ugly work of thugs. Instead, it is an almost welcomed reflection of the new-found, "untidy" right of "free people" to do "bad things".

The corollary to this was, of course, that Rumsfeld and obsequious, neoliberal company, were content to see Iraq "burn" not for days or weeks, but year after catastrophic year, because rather than being an affront to democracy, the violent, methodical destruction of Iraq's existing civil society and governing infrastructure was, in fact, a validation of the "freedoms" of a nascent "democracy" America sought to impose upon Iraqis through military force.

Rumsfeld went even further that day. He did not condemn the chaos and looting. Indeed, Rumsfeld defended the looters, arguing, at the time, that all the bad "stuff" happening in Baghdad was an understandable expression of pent-up anger at a "regime" that, for generations, had oppressed its people. (Sound familiar?)

"While no one condones looting, on the other hand one can understand the pent-up feelings that may result from decades of repression and people who've had members of their family killed by that regime, for them to be taking their feelings out on that regime," he said.

All of this recent history has been lost on sanctimonious neoliberal politicians and columnists. On the one hand, they lament the looting and degradation of America's mythical democratic institutions by a president that an amnesiac CNN personality recently called a "thug…hiding behind a suit". While, on the other hand, they encouraged, if not celebrated, the murderous, unrelenting display of "shock and awe" approved by another band of thugs in suits who have irreparably scarred Iraq and Iraqis in the name of "democracy".

One marquee neoliberal writer, who, like the legion of his war-giddy mates, has never been held professionally to account for backing an illegal invasion that unleashed a real civil war that has killed, maimed and traumatised millions of Iraqis, now frets that his country is "edging toward a cultural civil war".

Another smug neoliberal huckster is on a book tour peddling his antipathy towards an apocalyptic president seized solely by his petty, parochial, political interests without being questioned or challenged on the sycophantic role he played in defending and promoting the petty, parochial, political interests of another president responsible for the humanitarian apocalypse in Iraq - his former boss, George W Bush.

The hypocrisy is nauseating.

For his part, Bush's rehabilitation is complete. Earlier this week, the principal architect of the Iraq debacle, including a clandestine torture regime that literally stripped countless Iraqis of their human rights and dignity, was praised as an empathetic "leader" by obeisant neoliberal journalists.

Bush issued a statement in response to the street demonstrations that contained the following gob-smacking admonition: "It is time for America to examine our tragic failures."

Unsurprisingly, the sickening irony of Bush's rhetorical intervention escaped the former president and his fawning fans.

To add hideous injury to insult, Bush wrote: "Many doubt the justice of our country, and with good reason. Black people see the repeated violation of their rights without an urgent and adequate response from American institutions."

This, from an impenitent president turned hack painter who has not, and will not, face any form of "justice" for the "repeated violation" of the "rights" of countless Iraqis by any institution anywhere.

Justice demanded that four policemen be sacked and charged, variously, with murder and aiding and abetting the murder of George Floyd.

Justice also demands that the hypocrites and revisionists demanding justice for George Floyd finally be held to some tangible measure of account for aiding and abetting the shattering of Iraq.

'No publishing proclamation against Sharif in UK newspapers' 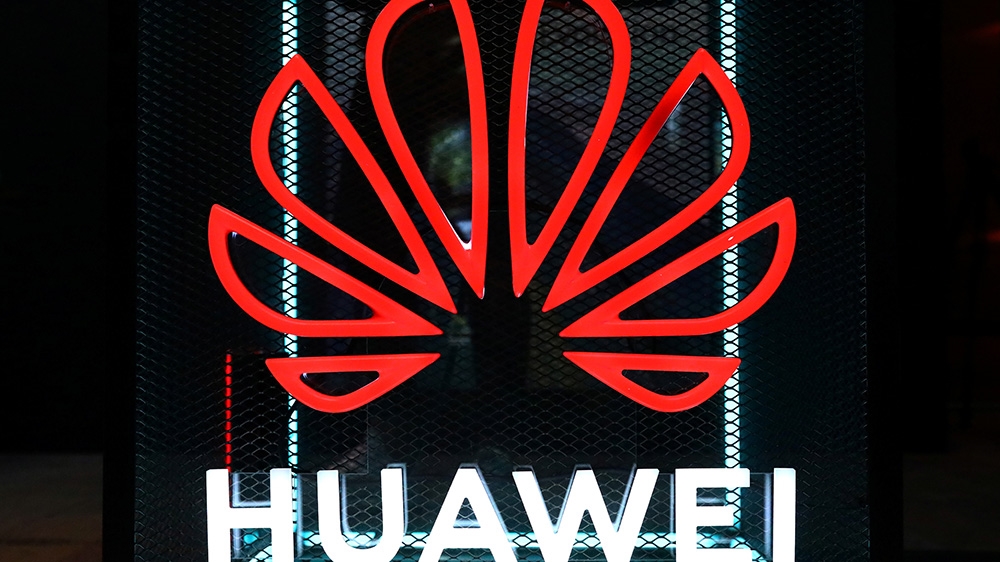 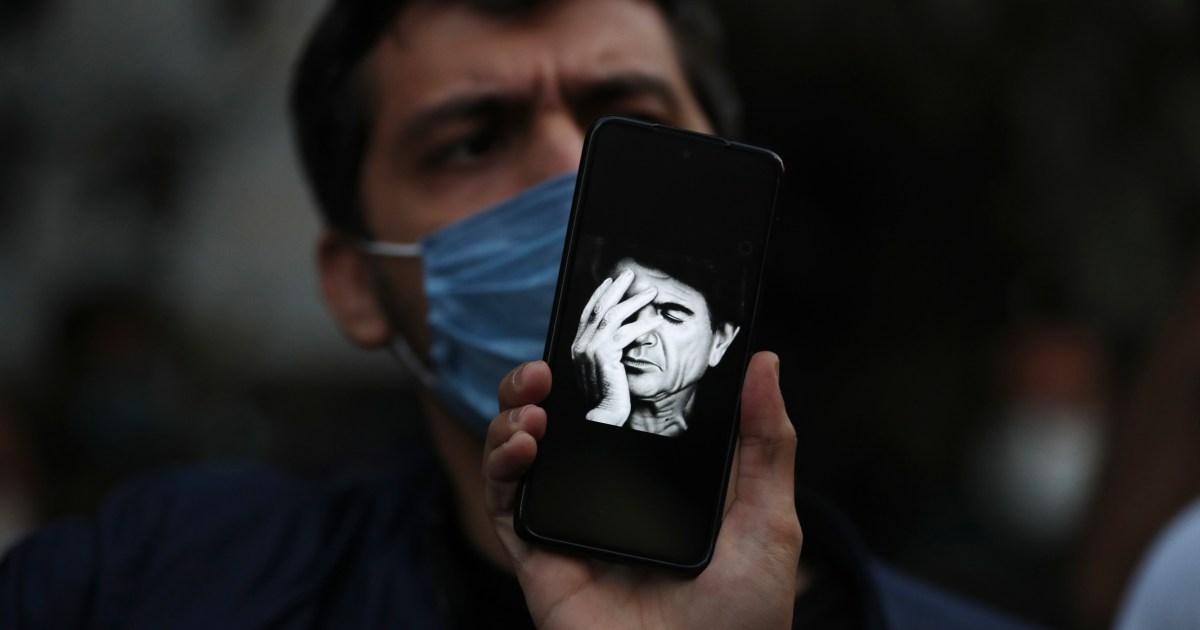 Mohammad Reza Shajarian: When the clocks stopped in Iran 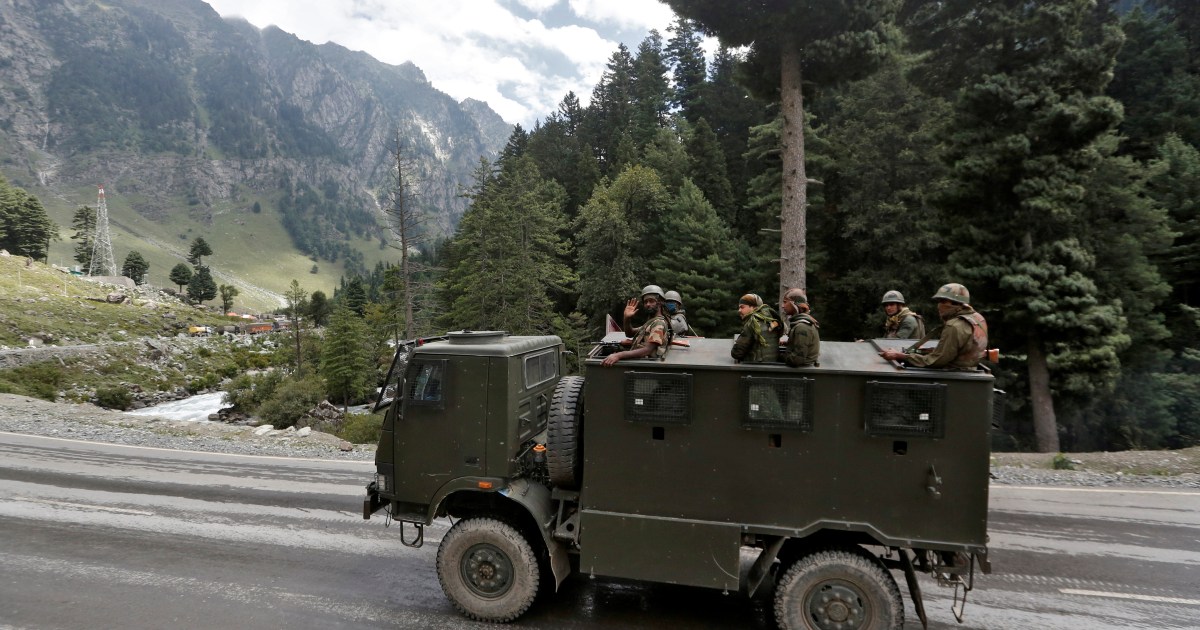