Dizzee Rascal, Kaiser Chiefs and The Streets are set to feature in a series of drive-in concerts across the UK.

A host of artists have been forced to cancel shows due to coronavirus lockdown restrictions and the prospect of large gatherings being allowed again is thought to be some way off.

But Live Nation Entertainment, which stages festivals such as Wireless and Reading and Leeds, says its series of live events will allow people to enjoy performances from the safety of their cars. 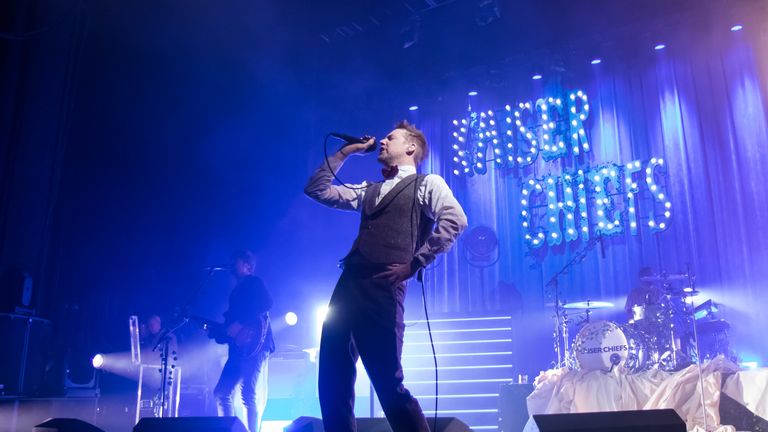 They will be staged across 12 UK venues in cities including London, Birmingham and Edinburgh this summer.

Live Nation promoter Peter Taylor said the 'Utilita Live From The Drive-In' shows would allow artists to get back on stage again.

"You know we can do all of these streams, we can do everything on Facebook... which is great. But there is nothing that compares to you seeing your favourite musician or band on that stage," he said.

Alongside the musicians lined up for gigs, there will also be a science show - Brainiac Live.

Organisers say a maximum of 300 cars will be allowed at each show, meaning both organisers and artists have had to make some profound changes to the way they do things.

"That's going to feel very kind of imitate in terms of what we're used to if you go into an arena or stadium," said Mr Taylor.

"We have our artists who are working to a very different financial model than what they normally would. A lot of them are doing kind of different versions of their show. " Image: Mike Skinner from The Streets performs in New Zealand in 2019

He said the concept would provide a good source of employment for the whole industry: "It's been about making sure that our eco-system can be supported as much as possible."

Mr Taylor said the company had been able to postpone some major tours and shows until 2020, including those from musicians such as Harry Styles and Dua Lipa.

Tickets will go on sale here for the shows on the Live Nation website from 22 June at 10am.