"Disgraceful": Health Minister To Shashi Tharoor, Others On Vaccine Tweet 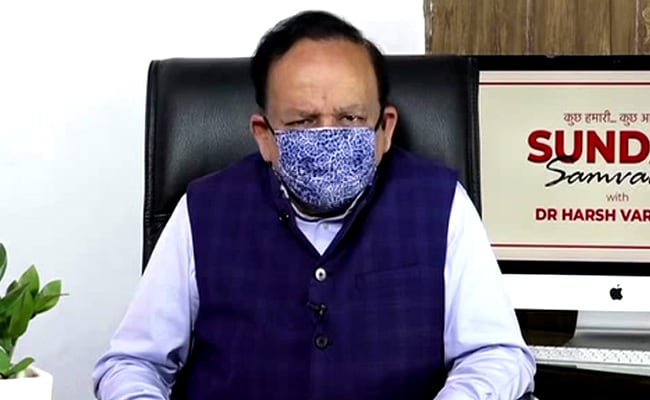 Coronavirus vaccine: Harsh Vardhan criticised the opposition for their comment on vaccines

Health Minister Harsh Vardhan has criticised Congress and other opposition leaders over their comments on Bharat Biotech's Covaxin, which was cleared for emergency use in the country along with the Oxford-AstraZeneca vaccine manufactured by the Serum Institute of India.

Congress leaders Shashi Tharoor and Jairam Ramesh, and Samajwadi Party chief Akhilesh Yadav had pointed out that Covaxin lacked efficacy data to show the vaccine's effectiveness before it was approved for emergency use.

"Disgraceful for anyone to politicise such a critical issue. Sh @ShashiTharoor, Sh @yadavakhilesh & Sh @Jairam_Ramesh don't try to discredit well laid out science-backed protocols followed for approving #COVID19 vaccines. Wake up & realise you are only discrediting yourselves," Harsh Vardhan tweeted.

The Health Minister said Covaxin is "likely to have similar protective efficacy reported for others", despite the lack of efficacy data from phase 3 trials.

"Covaxin is more likely to work against newer variants like N501Y Variant (UK variant) & any other that may arise due to antigenic drift as it contains immunogens (epitopes) from other genes in addition to those from Spike protein. Inactivated virus from NIV also had D614G mutation," the Health Minister said.

In a press briefing today, the regulator Drugs Controller General of India said both the vaccines - Oxford's Covishield and Covaxin - have to be administered in two doses and stored at temperatures between 2 and 8 degree Celsius.

"We'll never approve anything if there is slightest of safety concern. The vaccines are 110 per cent safe," DCGI VG Somani said, adding Covishield was found to be 70.42 per cent effective and Covaxin was "safe and provides a robust immune response".

BJP chief JP Nadda tweeted the Congress and other opposition parties are trying to cause panic among people. "Congress and the Opposition is not proud of anything Indian. They should introspect about how their lies on the COVID-19 vaccine will be used by vested interest groups for their own agendas," Mr Nadda said.

Earlier in the day, Congress leaders had said the government must explain why mandatory protocols and verification of data from phase 3 trials have been dispensed with while granting permission for emergency use of Covaxin.

"Covaxin has not yet had Phase 3 trials. Approval was premature and could be dangerous. @drharshvardhan should please clarify. Its use should be avoided till full trials are over. India can start with the AstraZeneca vaccine in the meantime," Mr Tharoor tweeted.