Delhi, a city of 16 million people, is set to be the latest city overwhelmed by Covid-19, and the worst may be yet to come.

The Defence Ministry has closed its doors, its top bureaucrat is in quarantine, while a senior Finance Ministry official and the government's top spokesman have the coronavirus. Authorities have requisitioned more hotels and community centres to be used as Covid-19 wards, while bodies are piling up in hospital morgues and crematoriums.

Doctors and public health experts warn the city has yet to hit its peak and numbers are expected to keep rising through over the coming weeks. Already its health infrastructure is being severely tested. Delhi is now expecting infections to soar to 550,000 by the end of July, Deputy Chief Minister Manish Sisodia told reporters Tuesday. 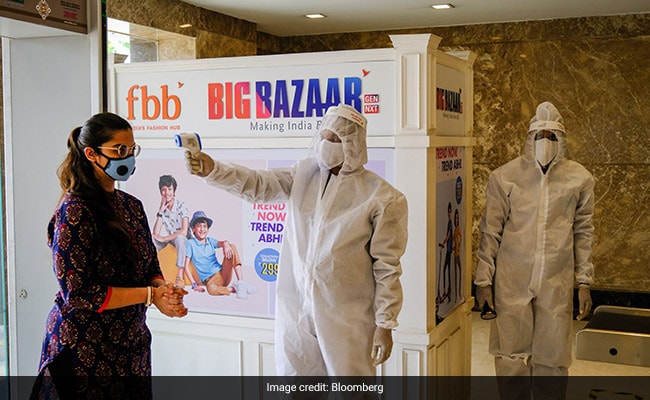 Security personnel conduct a temperature check at the entrance to the Ambience Mall in New Delhi, June 8.

Over the weekend Chief Minister Arvind Kejriwal said in a video message on Twitter the city was "in big trouble," with rising infections and announced Delhi's public and private hospitals will only offer virus treatment to patients who are residents of the National Capital Territory. The order was rescinded on Monday by the Lieutenant Governor, but it laid bare the capital's crisis.

The country is in a precarious position, with Mumbai and now Delhi wracked by the epidemic. It has dangerous implications for the country's vast hinterland, where the medical infrastructure struggles to cope with basics like childbirth and fevers even in normal times.

"In these big cities there is at least some infrastructure and you are seeing some data. We will never get accurate data for the rest of the country," said Harjit Singh Bhatti, a general physician and president of the Progressive Medicos and Scientists Forum, a non-government group of medical experts. "It's a very bleak picture. There seems to be no comprehension of the dangers that lie ahead."

Neither government - central and state - had meaningfully ramped up testing or boosted medical infrastructure, said Bhatti.

"We are only testing 10 per cent of those who are infected - only the most severely infected and hospitalised people are being tested," he said. "The medical infrastructure was already broken. Now we want to cross the pandemic on this sinking ship." 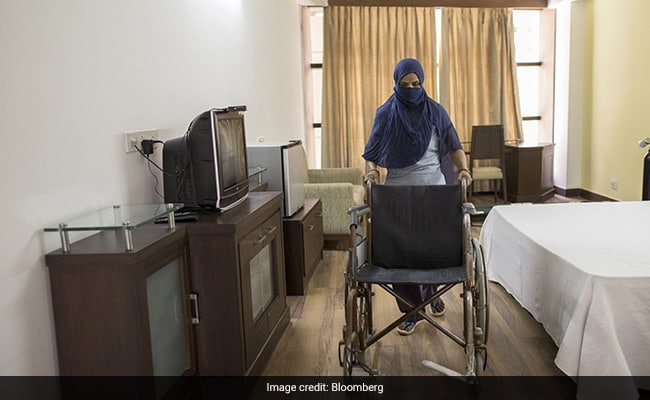 Priests await the arrival of worshippers at the Hanuman Temple in New Delhi, June 8 (Bloomberg)

A spokesman for Kejriwal was not immediately available for comment, while the head of the city's Directorate General of Health Services declined to answer questions.

Unlike Mumbai, the original epicentre of India's Covid-19 battle, where the numbers have been high and rising at a steady pace since the early days of the pandemic, Delhi started off gradually. That changed quickly as the country began easing its long, strict lockdown on May 4.

Over the last week, Ratan Jain has run between doctors and a state-run testing centre trying desperately to get his family tested as they all began showing symptoms of Covid-19. Eventually, one was accepted for testing.

"There were at least 35 people at the testing centre while we were there," said the 65-year-old, who teaches commerce at Delhi University. "I am positive that anyone who came there definitely went home infected. There was zero social distancing."

He was told his daughter-in-law's test results would be available five days later and when the result did come back it read: "Indeterminate."

"They didn't take the sample properly and then they tell us 'go home and isolate yourself'," an enraged Jain said in a telephone interview. A few days later his son began to show symptoms but could not get tested. Finally his 62-year-old wife developed a fever and body aches. Her age and history of asthma allowed her get tested, but the results took three days. She was positive.

As hospitals become overwhelmed, some private housing complexes are trying to fill in the gaps for residents by turning their club houses into quarantine centres. 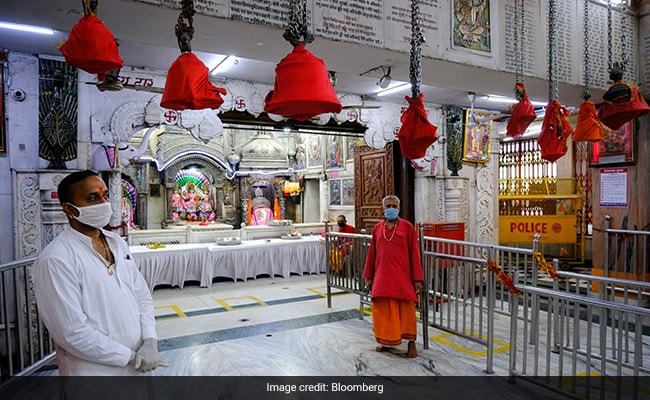 Priests await the arrival of worshippers at the Hanuman Temple in New Delhi, June 8.

A converted isolation room at a housing complex in Noida, June 6 (Bloomberg)

"Cases are rising everyday all around us, it's necessary to use every bit of resources we have," said Pramod Kumar Mishra, who heads the resident's association at Eldeco Utopia in Noida, an upscale housing complex that's home to about 3,700 people. Five spacious rooms, once meant to house visitors, are now equipped with oxygen cylinders.

Delhi had 29,943 infections as of Tuesday, a jump of more than 30 per cent in just a week, while India is adding as many as 10,000 infections daily, of which Delhi accounts for more than 10 per cent. India has so far reported 267,652 infections, the fifth highest tally in the world, just behind the UK, according to data from Johns Hopkins University.

There is immense pressure on hospitals to keep case numbers low, said a paediatrician at a private hospital in Delhi who asked not to be identified citing hospital rules on speaking to the media, while the government had changed protocols to make it difficult for citizens to get tested.

Balvinder Singh Arora, MS, Safdarjang hospital, says that in his hospital, all ICU beds are occupied and ventilators occupancy rate is touching 70 percent. That's when he thinks that peak in COVID cases will come in July. @GoNews_Indiapic.twitter.com/pu4idz8s4Z

At the end of May, the medical superintendent of Safdarjang Hospital, one the main state-run institutions in the city, said his intensive care unit was running at 100 per cent and ventilators at 70 per cent at a time when he expected infections to peak only in July. Outside Ram Manohar Lohia, another large state-run hospital, refrigerated trucks have been parked to back-up its Covid-19 morgue.

At the premier All India Institute of Medical Sciences, attendants at the mortuary are struggling to keep up.

The five crematoriums with permission to handle Covid casualties have all reported long backlogs. At Nigambodh Ghat, the main crematorium on the banks of the Yamuna river, the government has been forced to extend its operations by eight hours. Wood-fire cremations, earlier deemed hazardous, have now been allowed to keep up with the surging numbers of deaths.

"The message from the government is clear," said Bhatti. "Protect yourself if you can. The government has washed its hands off the crisis."

No quorum as MPs spar at IT panel meet, secretaries skip it