Delhi and Maharashtra among five states that may face shortfall in critical Covid care: Centre

Projections show that Delhi may already have run out of ICU beds on June 3, will run out of ventilators on June 12, and isolation beds with oxygen on June 25.

From glaring shortfalls in hospital inventory to a steady surge in confirmation rate (percentage of samples tested returning positive) and testing bottlenecks, the Centre Thursday raised red flags in the country’s battle against the pandemic. It said although the national Case Fatality Rate (CFR) remains stable, 69 districts have high CFR.

It warned the five most affected states — Maharashtra, Tamil Nadu, Delhi, Gujarat, Uttar Pradesh — that going by current trends, they are projected to fall short in terms of ICU beds and ventilators between June and August.

In Delhi, where the ruling AAP is locked in a war of words with the BJP and the central government over the mounting cases and capacity shortfall, projections show the city may already have run out of ICU beds on June 3, will run out of ventilators on June 12, and isolation beds with oxygen on June 25.

This projection is part of a presentation made during a videoconference that Cabinet Secretary Rajiv Gauba had with state chief secretaries and health secretaries.

Similar projections were made for five other states/UTs — Haryana, Karnataka, J&K, Madhya Pradesh and West Bengal – given the current trends there. They were told to ensure “sufficient hospital capacity through advance planning for next 2 months” and ready an action plan with major emphasis on the upgradation of the health system. The projections warn that 17 districts, including Gurugram, Mumbai, Thane, Palghar, Jalgaon, Chennai and Gautam Buddh Nagar, run the risk of capacity shortfall in the next one month if the current trend continues. These have been flagged for special attention to guard against complacency over improvement in the national doubling rate (16.9 days as against 14.1 days two weeks ago) and stable CFR (number of fatalities per 100 detected cases) at around 2.9 per cent as against 2.96 per cent a fortnight ago.

It underlined that as many as 69 districts across 13 states in the country have a fatality rate of more than 5 per cent. Of these districts, 51 are concentrated in four states — Madhya Pradesh (21), UP (11), Maharashtra (10) and Gujarat (9). During the interaction, the issue of concentration of cases and fatalities was also highlighted. While six states — Maharashtra, Tamil Nadu, Delhi, Gujarat, Rajasthan, West Bengal — constitute 76 per cent of all Covid-19 positive cases, it was underlined that 82 per cent of total deaths came from five states — Maharashtra, Delhi, West Bengal, Gujarat and Madhya Pradesh. The Cabinet Secretary drew attention to 30 “epicentre” districts that account for 72 per cent of the active case load and suggested “fatality mitigation” as an additional “urgent” focus area for them.

“These epicentres are largely urban areas with more than 600 cases in the district. 23 districts are concentrated in four states of Delhi, Maharashtra, Tamil Nadu, West Bengal. In these areas, fatality mitigation is an additional urgent focus area,” the Centre said. The “dual testing gap”— testing bottlenecks in some urban areas and coverage gaps/long turnaround times for rural areas—was highlighted as another challenge.

The presentation identified two key trends—of the infection moving eastward and the new districts affected, as well as the increase in case load after lifting of restrictions on May 18. “98 districts have been infected in the past three weeks. Significant spread in North Eastern states since 53 of these districts are from there. Significant spread in eastern states—Chhattisgarh, Jharkhand, Odisha, West Bengal account for 25 recently infected districts,” it said. Defining “emerging districts of concern” as those which have more than 400 cases of which 50% were observed after May 18, the presentation said these were concentrated mainly in seven states: Maharashtra, Rajasthan, Tamil Nadu, West Bengal, Karnataka, J&K and Haryana. “Four districts which have more than 400 cases—of which over 90 per cent have been after May 18—are Gurugram, Udupi, Yadgir and Kolhapur,” it said. 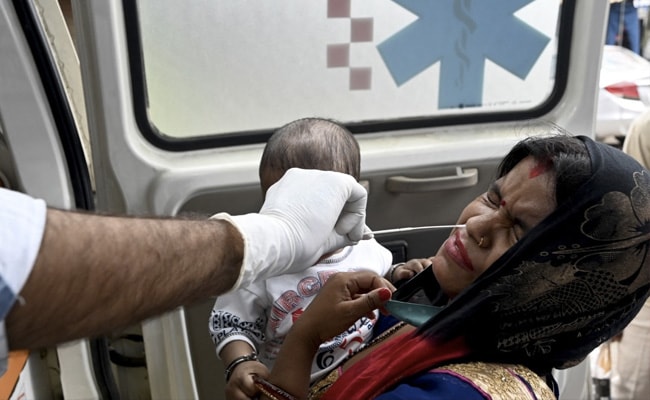