Cyclone Gulab: Here's How It Got Its Name 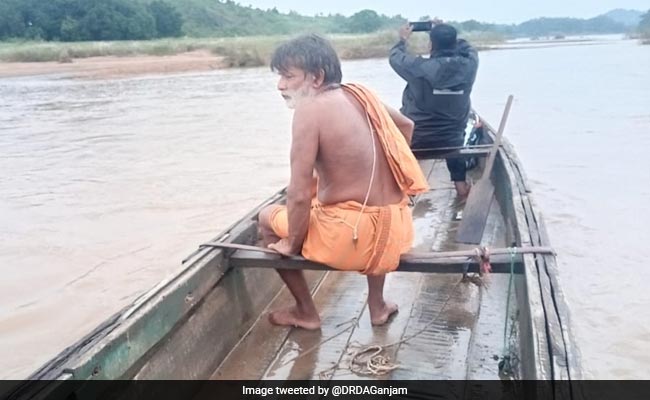 With cyclone Gulab set to make landfall by this evening, parts of Andhra Pradesh and Odisha have been placed on alert. As per the India Meteorological Department (IMD), the cyclone storm is expected to make landfall between Odisha's Gopalpur and Andhra Pradesh's Kalingapatanam. Wind speeds of up to 95 kmph are to be expected, the IMD has warned. But have you wondered how the cyclone got its name? Cyclone 'Gulab' was named by Pakistan. The word “Gulab” refers to Rose in English. According to an official notification by the IMD, it has to be pronounced as “Gul-Aab”

The name Gulab is from the list of cyclone names that is maintained by the World Meteorological Organisation/United Nations Economic and Social Commission for Asia and the Pacific (WMO/ESCAP) Panel on Tropical Cyclones (PTC). The panel comprises 13 countries namely, India, Bangladesh, Myanmar, Pakistan, the Maldives, Oman, Sri Lanka, Thailand, Iran, Qatar, Saudi Arabia, United Arab Emirates, and Yemen, who choose the names of cyclones in the region.

The names are chosen keeping in mind they are simple to use and do not carry any inflammatory meaning. As per guidelines, the name should be neutral to politics, political figures, religious beliefs, cultures, and gender.

Amphan, the cyclone that hit India in May 2020 was the last name on the list developed in 2004. With as many as eight countries, the group finalised 64 names, with each country pitching eight names.

The group included five more countries in 2018 and the list expanded. With 13 countries pitching 13 suggestions each, the list has 169 names of cyclones. Cyclone Tauktae, which hit the Gujarat coast in May this year was taken from this list and was suggested by Myanmar.

With regard to cyclone Gulab, as of 8.43 am on Sunday, the IMD said that the cyclone is 270 km east-southeast of Gopalpur in Odisha and 330 km east of Kalingapatnam in Andhra Pradesh.

Thirteen teams of the National Disaster Response Force (NDRF) have been deployed in Odisha and five in Andhra Pradesh, Satya Narayan Pradhan, Director General of the relief force was quoted as saying. As a precautionary measure, train services on the east coast have been cancelled, diverted, or rescheduled.

After cyclone Yaas, cyclone Gulab will be the second cyclonic storm to hit Odisha in four months. Yaas was given its name by Oman.