Eloise brought winds of up to 150km/h followed by torrential rain over port city of Beira and adjacent Buzi district.

A tropical cyclone that struck central Mozambique last week has affected 250,000 people, a sharp increase over initial estimates, according to a UN official.

Myrta Kaulard, the UN’s resident coordinator in Mozambique, added on Tuesday that 18,000 people were internally displaced after Cyclone Eloise made landfall in the early hours of Saturday.

“Yesterday, we were mentioning 170,000 people affected. Today, the official figures have climbed to 250,000,” Kaulard said in a video call with reporters at the UN, adding that 76 health centres and hundreds of classrooms were damaged.

“We also see widespread floods that are still there and a lot of people trying still to get out of the flooded areas,” she said.

Eloise brought winds of up to 150 kilometres per hour (90 miles per hour) followed by torrential rain over the port city of Beira, the capital of Mozambique’s Sofala province, and the adjacent Buzi district.

It weakened into a tropical storm as it moved inland to Zimbabwe, South Africa, eSwatini, formerly known as Swaziland and Botswana.

The death toll across the region rose to 14 on Tuesday after South Africa reported one more death.

In Mozambique, the cyclone hit an area already devastated by two successive super-storms in March and April 2019.

The first, Cyclone Idai, left more than 1,000 dead and caused damage estimated at about $2bn. 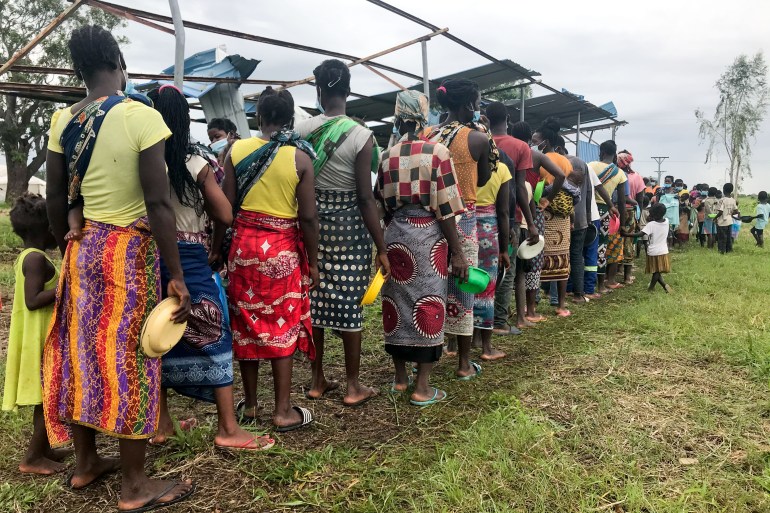 People queue for food at the accommodation centre in Tica after their villages were flooded due to the passage of Cyclone Eloise [Andre Catueira/EPA]An international aid group warned on Tuesday that crowded centres for storm survivors created ideal conditions for the coronavirus to spread.

In the port city of Beira alone, 8,700 people are living in 16 temporary shelters after their homes were destroyed by the cyclone.

“Each tent I saw had at least 10 people packed into it and families are lacking access to safe water and essential items like soap and face masks,” said Marcia Penicela, project manager at ActionAid Mozambique following a visit to sites.

Espinola Caribe, head of the World Food Programme’s Beira sub-office, also said COVID-19 was a concern and people had to be moved out of danger.

“This was not a planned evacuation … this was running for your life,” he said. 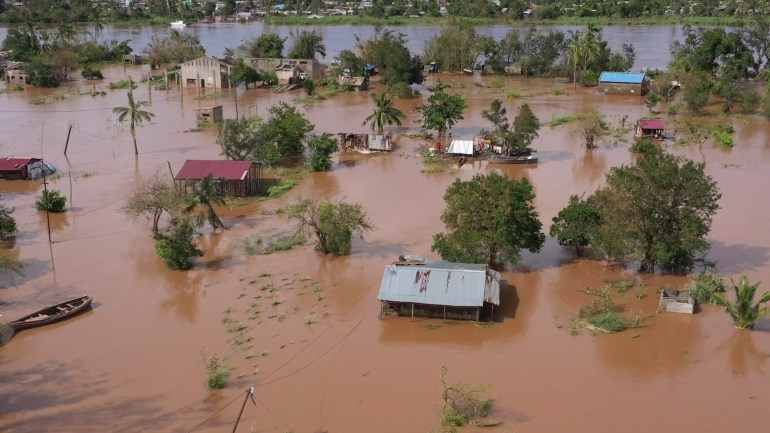