Cristobal weakens to 'tropical depression' as heavy rain hits US 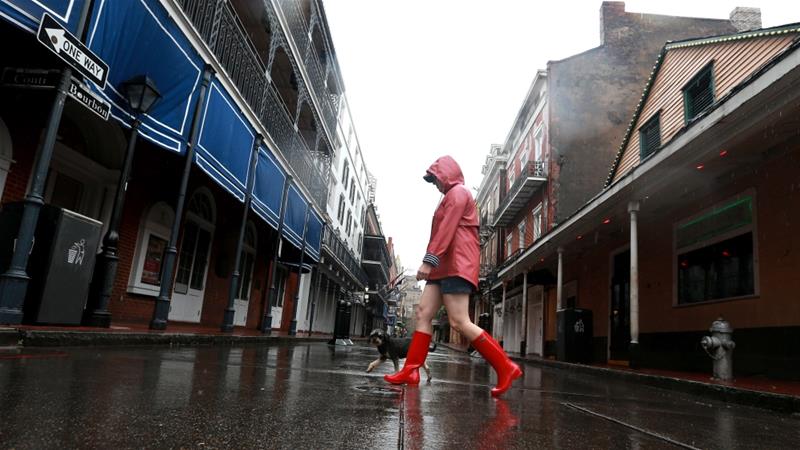 A woman walks her dog through the French Quarter as Tropical Storm Cristobal nears the coast on June 7 in New Orleans, Louisiana [Sean Gardner/AFP]

Cristobal weakened to a tropical depression on Monday as heavy rain and coastal flooding hit the southern states of Louisiana and Florida, the US National Hurricane Center said.

The third named storm of the Atlantic hurricane season was packing maximum sustained winds of 80km/h (50 mph) when it hit the southeast coast of Louisiana on Sunday.

But Cristobal's wind speeds have since slowed to around 56km/h (35 mph) as it moves further inland. The NHC downgraded it to a tropical depression.

"Heavy rainfall and storm surge continue along the Gulf Coast from southeastern Louisiana eastward to the Florida Panhandle," the NHC said in its 09:00 GMT advisory.

Cristobal is expected to dump as much as 38cm (15 inches) of rain in some places near the coast.

It is forecast to move north into Arkansas and Missouri later on Monday and Tuesday before heading into Wisconsin and the western Great Lakes on Wednesday.

"Additional weakening is expected through Tuesday," the NHC said.

"However, Cristobal is expected to strengthen some as it becomes an extratropical low Tuesday night and Wednesday."

US President Donald Trump said earlier he would sign an emergency declaration for Louisiana, freeing up federal aid.

The NHC maintained a storm surge warning - meaning "a danger of life-threatening inundation" - for the area from the mouth of the Mississippi River to Ocean Springs, about 145km (90 miles) away.

Water could reach as high as 1.5 metres (five feet) above the ground if the peak surge happens at high tide, the NHC said.

It lifted a tropical storm warning that had been in place for an area extending to the Florida Panhandle.

Cristobal's formation marked the earliest that the hurricane season has seen its third named storm, US meteorologists said.

It emerged out of Tropical Storm Amanda, which left at least 26 people dead across Central America and brought flooding and landslides.

Officials consider the Atlantic hurricane season to run from June 1 to November 30. 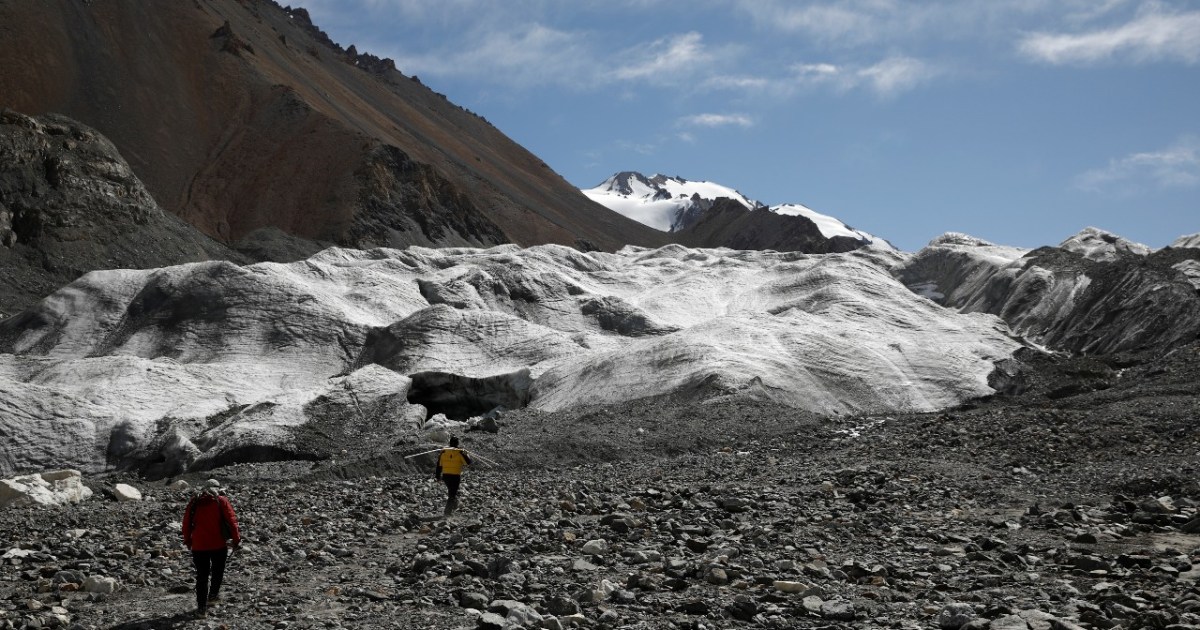