US retirement and disability trust funds could run dry as early as 2029 and 2023, respectively, a bipartisan research group warns.

The economic crisis caused by the coronavirus will dramatically speed up the depletion of the United States’ Social Security programme, a bipartisan think-tank warned on Thursday, outlining how quickly retirement and disability trust funds could run dry depending on the depth and length of the pandemic-induced recession.

The Bipartisan Policy Center modelled four scenarios for the current recession, ranging in severity from “50 percent worse than the Great Recession” to “surprisingly quick economic rebound”. What it found was that every scenario showed Social Security retirement fund reserves depleting earlier than predicted – between 2029 and 2033. The centre presented its findings in a brief entitled How Will COVID-19 Affect the Social Security Trust Funds? (PDF), which was published Thursday.

The money the Social Security programme doles out in retirement and disability benefits to individuals comes from payroll taxes, taxation of benefits and interest earned on US Treasury securities – revenue streams that have all been hit hard by the current economic downturn. But even prior to the pandemic, Social Security’s trustees had warned that the programme’s finances were unsustainable and reserves would be depleted in 2034 because of demographic and economic factors like the ageing US population.

But the COVID-19 crisis has hastened that possibility, the Bipartisan Policy Center’s analysis found.

“A laid-off worker doesn’t pay payroll taxes, nor does the employer share of the former worker’s payroll taxes get paid,” the brief’s authors, Nicko Gladstone and Shai Akabas, wrote. “Even among workers who have kept their jobs, many have experienced a cut in hours, and a slack labor market slows wage growth, further depressing payroll tax revenue.”

All of the centre’s models of the current recession show steep reductions in Social Security’s interest and non-interest revenue compared to pre-pandemic estimates.

“From January through March of 2020, withheld tax receipts had been running an average of 5.7 percent higher than last year. From May through August, however, they plunged an average of 8.4 percent below last year’s levels,” Gladstone and Akabas wrote. 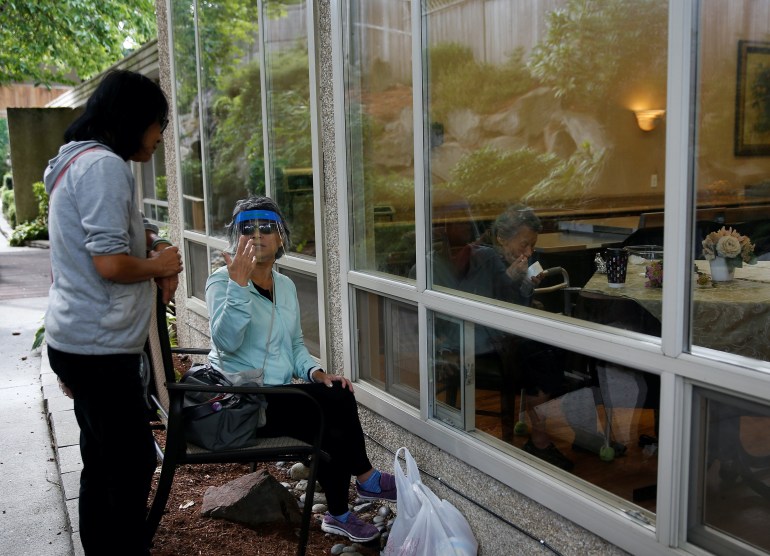 The current economic crisis will accelerate the depletion of Social Security funds, predicts a new think-tank brief [File: Lindsey Wasson/Reuters]The shift from good growth to steep reductions illustrates that the pandemic and its recession will have a “sizable effect on Social Security’s revenue, at least in the short run,” the brief warned.

Disability insurance, for which demand usually spikes in a weak labour market, was projected by the trustees to be depleted of trust fund reserves by 2065.

But in the centre’s scenarios, the picture is far grimmer. If the current recession is worse than the Great Recession of 2007-2009, then disability reserves could be depleted as early as 2023 and 2024. In the mildest scenario, reserves are still projected to run out by 2054.

A weak labour market will present multi-pronged challenges to the funds moving forward as well. Job scarcity will cause older workers who would have otherwise kept working to drop out of the labour market altogether, retire earlier than planned and claim benefits, all of which put more stress on the programme.

The brief’s authors called for policy solutions to address Social Security’s “financial imbalance” now, before drastic solutions are necessary to keep it afloat.

“Ultimately, the date that matters is not reserve depletion in 2028 or 2030 or 2034, but today – and whether political leaders will step forward with the wisdom and courage to put Social Security on a sustainable path for generations to come,” Gladstone and Akabas wrote.