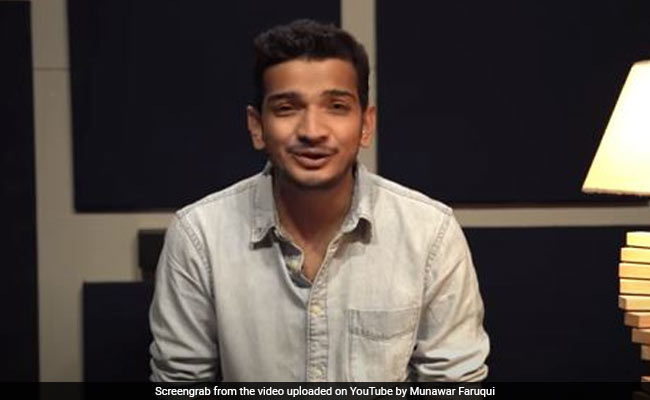 Munawar Faruqui and five others involved in organising the show were arrested on January 1. (File)

A single bench comprising Justice Rohit Arya gave the relief to Sadaqat Khan, 23 and Nalin Yadav, 25, based on parity after their plea referred to the Supreme Court order of February 5 granting bail to the 32-year-old comedian.

The court granted the two temporary bail on the condition that they will not indulge in any such activity subversive to public order.

The co-accused Mr Khan is a civil engineer, while Mr Yadav a budding comedian.

The same bench had earlier granted interim bail to two other co-accused Prakhar Vyas and Adwin Anthony in the case on February 12.

Mr Faruqui and five others involved in organising the show in Indore were arrested on the night of January 1, following a complaint by Eklavya Singh Gaud, son of local BJP MLA Malini Laxman Singh Gaud.

The MLA's son had alleged that objectionable comments were made about Hindu deities and Union Home Minister Amit Shah during the show.