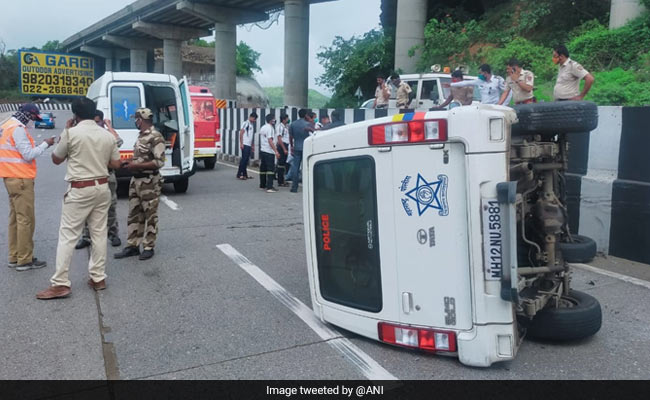 A policeman sustained minor injuries after a vehicle, which is a part of NCP chief Sharad Pawar's convoy, overturned on the Mumbai-Pune Expressway on Monday, police said.

Sharad Pawar was on his way to Mumbai from Pune when the vehicle skidded off the road near where the British-era Amrutanjan Bridge stood. The 190-year-old bridge near Lonavla was demolished in April through multiple controlled blasts.

Mr Pawar got down from his vehicle and oversaw medical support for the injured policeman, who is a part of the Special Protection Unit of the Rajya Sabha member, before proceeding to Mumbai, a party worker said.

Highway police said the vehicle was moved immediately and traffic movement on the Expressway was restored soon after.