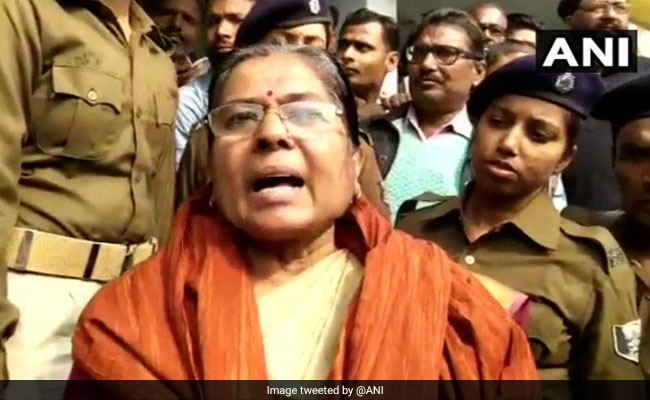 The Congress asked the BJP on Thursday to prevail on its alliance partner JD(U) in Bihar to cancel the candidature of Manju Verma, who was named in the infamous Muzaffarpur shelter home sex scandal, for the upcoming state polls.

Congress' women's wing chief Sushmita Dev said Manju Verma, after being named in the scandal, was removed as the women and child development minister in the Nitish Kumar-led NDA government in Bihar and expelled from the Janata Dal (United).

However, she has again been fielded by the JD(U), led by Nitish Kumar, in the upcoming state polls starting October 28.

"The BJP-JD(U) should cancel Verma's candidature and I hope that (Prime Minister) Narendra Modi, who consistently says "beti bachao, beti padhao", will walk the talk and make sure that her candidature is cancelled," Ms Dev told reporters.

"If you are serious about women security, you should break this alliance with the JD(U), unless they remove Verma and withdraw her candidature," she said.

Ms Dev also said the Prime Minister should show his seriousness when it comes to crimes against women.